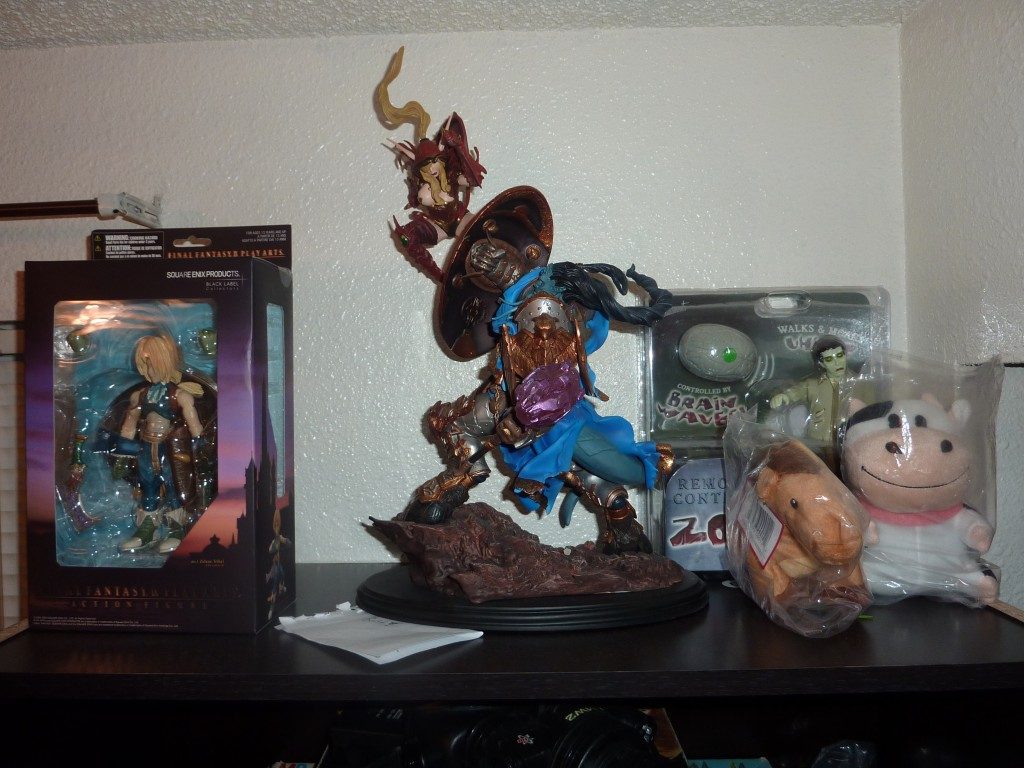 Zidane Tribal (originally from Final Fantasy IX) is one my favorite video game characters. I will buy anthing that…YOU KNOW WHAT? I just realized I don’t own a wall scroll with him on it. THIS MUST BE FIXED. Next to Mr. Tribal is a WoW statue, depicting a blood elf rogue and a draenei paladin in a heated battle. Isn’t she hot? Next to those two are two Harvest Moon plushies, a cow and the infamous horse. Behind them is Mr. Zombie. He’s remote controlled and I love him. 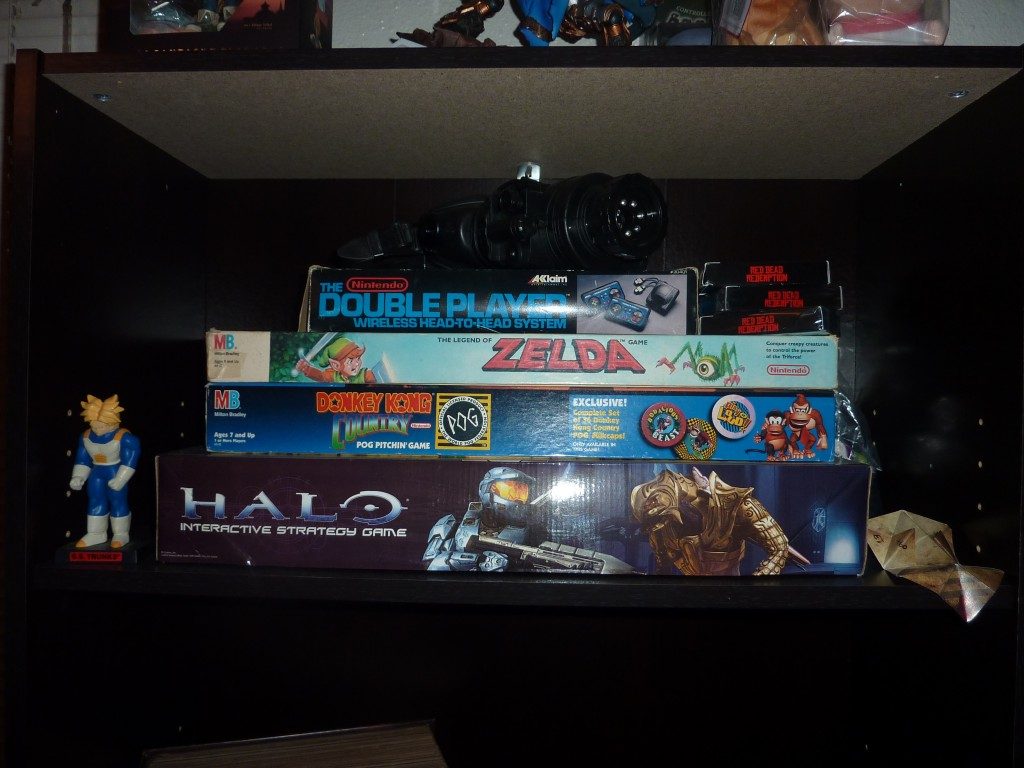 This unintentionally became the board game shelf. I started with the Halo strategy game, then stacked the Donkey Kong Country Pog game on top of that, then the Zelda one on top of that…and the rest is history. Anyway, on top of the Zelda game is the Double Player, and on top of that are the CoD MW2 Night Vision Goggles. To the right are a few packs of Red Dead Redemption playing cards. To the right of that (next to the Halo board game) is the do-it-yourself oragami paper that came with Heavy Rain (I failed miserably). Behind that is a Kinectimal, but you can’t really see it. And to the far left is a Trunks action figure. A very ugly Trunks action figure. 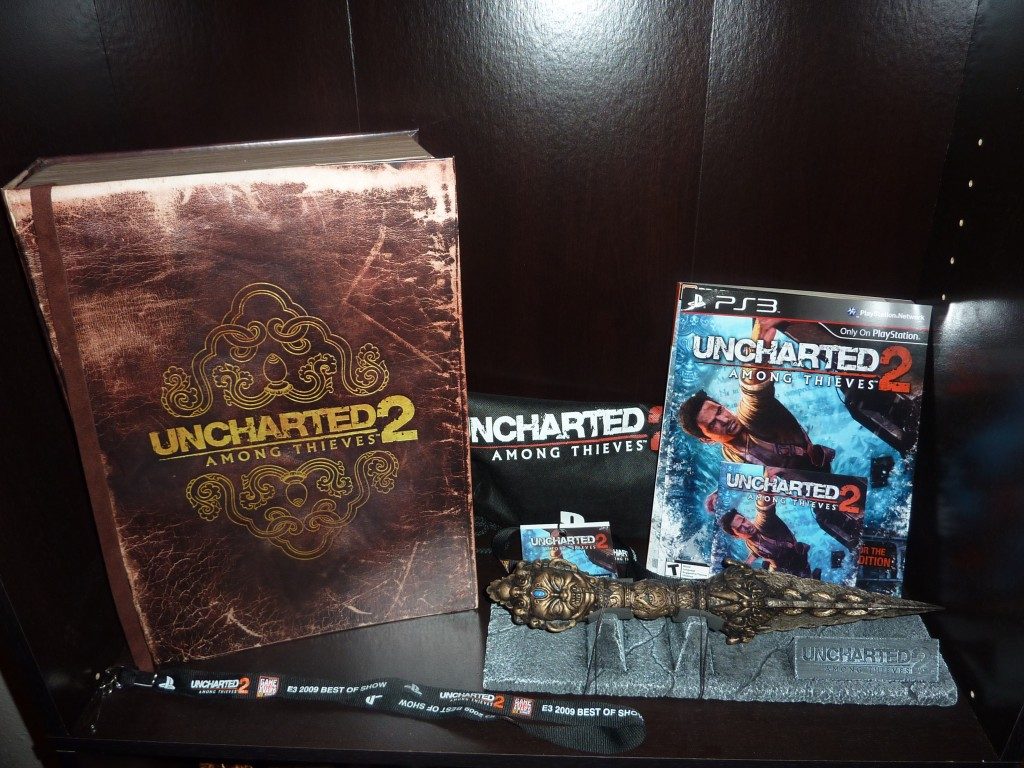 Most of this stuff hails from the Uncharted 2 Forutne Hunter Edition, but the lil’ backpack in the middle and the laynard came from an Uncharted 2 event I attended a few weeks before the game released. Aint it purdy? 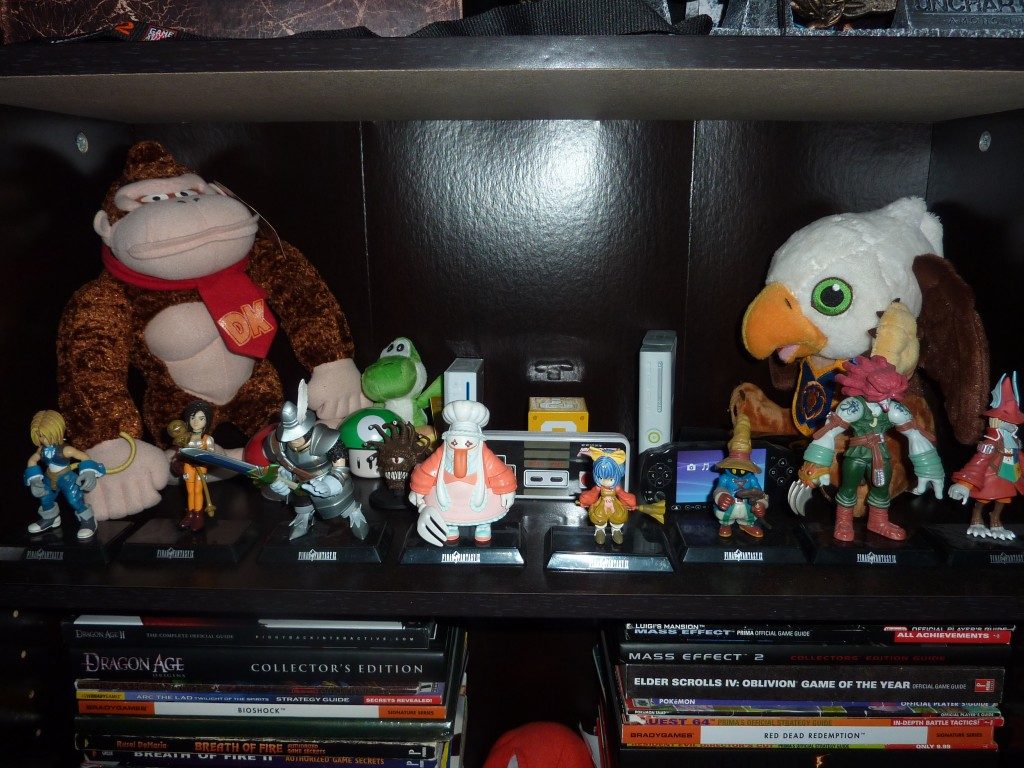 This is all pretty self explanatory, but I’ll hold your hand anyway. Up front are my beloved Final Fantasy IX action figures (too bad I took them out of the box. UGH) and behind those are gift card and candy holders, shaped like the things I love and adore the most. And of course there is Donkey Kong to the left, Yoshi chillin’ next to him and a gryphon hatching WoW. DAWWW. 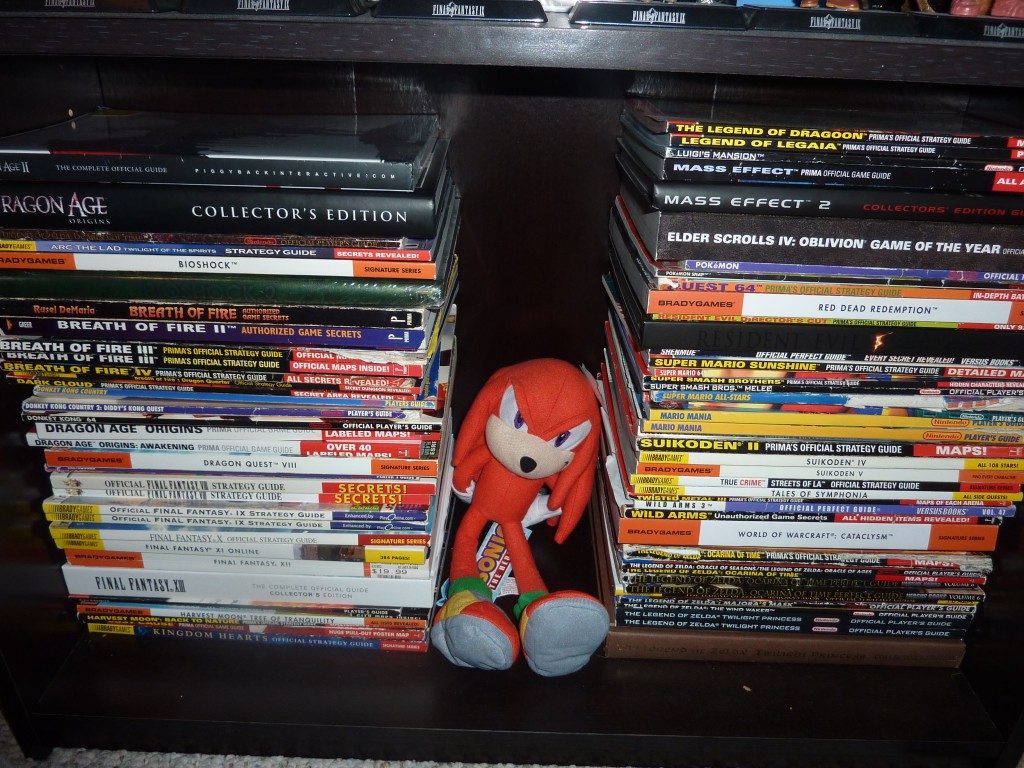 Here are my guides! I like to collect them (when I can) but it can be hard to come across older guides. I even took the time to put them in alphabetical order (although the first few are clearly out of place). Oh, and we can’t forget about Knuckles. I won him at Gameworks during PAX Prime 2010…or something. There are two Earthbound guides in there somewhere (probably before the Final Fantasy guides and after the Dragon Quest guide…DRRR) and those are my babies. <333