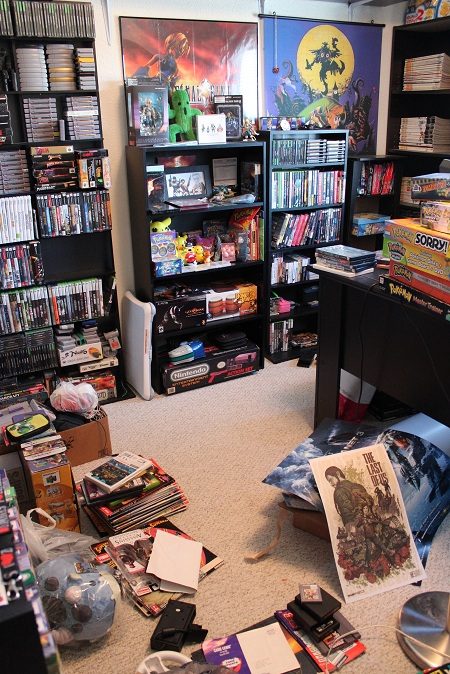 It’s not, erm, rare knowledge (as opposed to common knowledge) that I have a LOT of shit. Like, more than I know what to do with. Therefore I have decided to implement a YouTube show during which I give away some of my shit — “shit” I don’t even know I have. I’m literally going to throw a bunch of stuff in a bag, reach in, grab a game, guide, action figure, or other paraphernalia out of it and be all “OHAI THIS IS WHAT YOU CAN WIN THIS WEEK!”

Because damn. This chick has a lot of stuff she doesn’t have room for. But don’t get all cocky and confident and think you’re going to win some of of my bestest stuff — think of it as opening a pack of Pokemon cards.  You’ll get mostly commons, but every now and then you’ll see something rare and, uh, holographic? (That being said, there may or may not be a few rare cards per each Pokemon pack, if you catch my drift.)

After all, the more stuff I give away equates to more stuff I can buy! Anyway, give me until next week to get this underway. It’ll be good times, I promise! <3.