Tomorrow, I go to war.

…Okay, I can only use that cheesy one-liner so many years in a row. BUT IT JUST SEEMS SO APPROPRIATE. Anywhozers, tomorrow marks the…uh…well, it’s been at least ten years so… tomorrow marks the at least ten years anniversary of the traditional Tank vs. Turtle War my dad and I partake in. It all started back in the day when I was a wee lass and came up with the BRILLIANT (and completely safe) idea that Pops and I should go head-to-head in a bloody, ruthless and highly flammable battle…with fireworks.

Being the responsible parent he is, he accepted my challenge, and the rest is history.

Generally the two of us make our way to various fireworks stands around town, but because he’s still recovering from surgery I chose and brought home his allies for him (I maaaaay or may not have sabotaged them) and because he can’t bend down to light the fuses, things will be ran a little different this year, but it’s still going to be SO much fiery awesomeness.

Per tradition, we’ve taken over my mom’s dining room table (which is causing her great anxiety) and have laid out the battlefield: 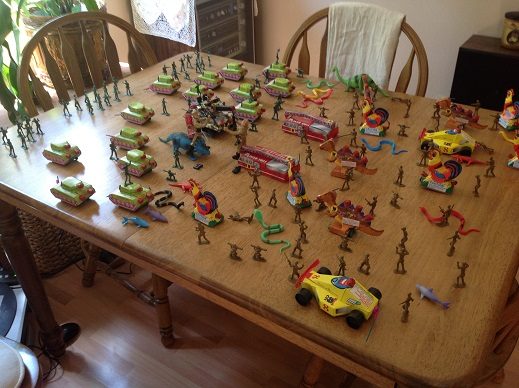 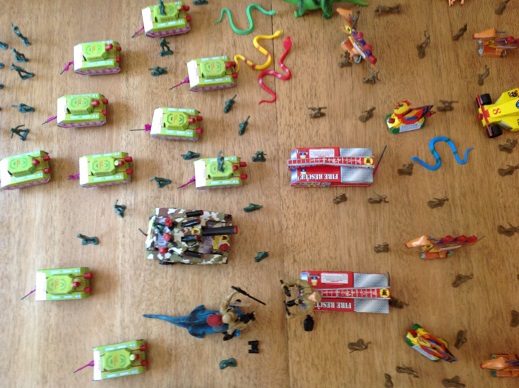 If you can’t picture the shenanigans going down in your head, here’s a video of one our infamous battles from two years ago:

What are you doing tomorrow? Any crazy traditions you care to share? :D