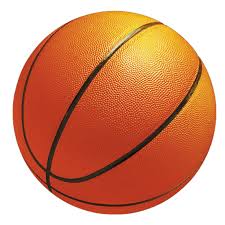 Will the real NBA and/or the virtual NBA really gain traction in the UK? Efforts are being made on both fronts with the launch of NBA 2K14 by Visual Concepts & 2K Sports – released last October for MS Windows, PS3, and Xbox – with 360 versions for PS4 and Xbox. This features LeBron James from Miami Heat on the cover and is probably the best basketball game yet – as you would imagine.

But of course, it doesn’t particularly resonate with a UK audience as basketball is a lowly-rated sport, on the whole, and this is always reflected in sales.

Having said that – there are big moves in the UK by the NBA to really promote its sport – with London’s O2 Arena hosting more NBA games. A sell-out crowd there watched the Brooklyn Nets beat the Atlanta Hawks 127-110 in January 2014, as Joe Johnson netted 29 points and Andray Blatche scored 20 – coming off the bench.

This was the 4th NBA regular season game played at the venue and the NBA is planning more as the events have been so successful in terms of spectators. The NBA had also organised a pre-season match featuring Philadelphia 76ers and Oklahoma City Thunder in Manchester last October last year.

All this may be reflected, eventually, in NBA 2K14 sales – though it seems more likely it will take a little while yet to crack Britain’s football-obsessed youngsters.

But it is gaining traction with the world’s biggest gambling exchange, Betfair, seeing a marked increase in basketball betting whenever the NBA big games come to town.

All it will take is a serious UK team to join the NBA and we’ll surely see an upsurge in the interest in NBA basketball – both for real and in the virtual world. Watch this space…