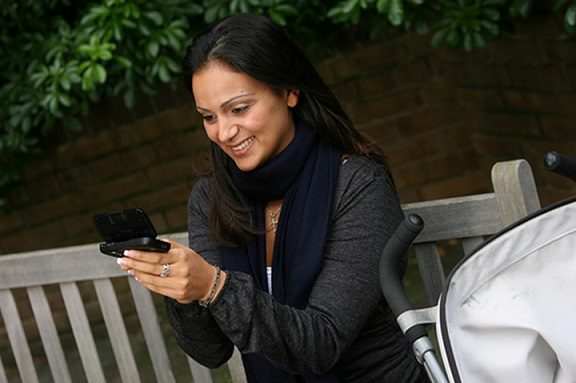 Today, more people than ever are playing bingo online, and when a new player signs up to play bingo at a dedicated bingo site, it’s estimated that one in four of them is signing up with their mobile. Whereas online bingo started off as a desktop or laptop based game, it’s now clear that more and more of this kind of gaming will be done on the move. Since 2010, the technology has existed to make money games like bingo viable on mobile platforms and the technology becomes ever more sophisticated.

So it’s vital for the bingo sites to make sure that they can get their mobile offering right. All the main sites now have at least some of their games available in mobile format, and more games are being introduced all the time. There are also special incentives and promos for players who choose to play on their mobiles, whether it’s in the form of free games or credit to play with.

So what is it that makes online bingo even more appealing on a mobile?

Wherever you are, as long as you’re in range of an internet signal, you can game on your mobile. Standing up on a bus or train on the commute from work, you can whip your phone out of your pocket and be playing within a couple of touches of the screen. Having mobile access to your favourite game also means that you don’t miss any of the big jackpot games just because you’re away from home or your computer.

In order to make it viable to play mobile bingo, the operators have adjusted the software to make gaming as easy as possible on a mobile. So players actually choose to play more often on their mobile than they would on a desktop – at lunchtime, during a coffee break, while waiting for a friend at the bar, sitting on the sofa in the evening rather than having to sit at the desktop. This is great for bingo operators’ profits of course, but it’s also really handy for players to have such instant access to their favourite game.

Many of the bingo sites have a selection of different games you can play on the mobile – so there’s no chance of a player losing interest as they can mix up their gaming. Check out what’s available at the UK’s premier online bingo site.

A recent report from Juniper Research stated that the total number of wagers placed globally on mobile devices will be valued at $100 billion by 2017. This includes sports wagers as well as gaming but it’s no wonder that the gaming and bingo sites want to get it right so that they can get their hands on a share of that amazingly large market.