I kinda hate to admit this, as the kid inside me disagrees, but it’s kind of nice having the holidays come to a close. When you work for two days, have two days off, go back to work for one day, have two more off, have three on, two off, etc. for a month straight it’s hard to get into the swing of things. Nah’mean?

WITH THAT SAID, if you’re so inclined (but more importantly, interested) I’d love nothing more than to talk about the highlights of December as I wasn’t very active during that month. Honestly I hate talking about myself as I find it incredibly boring but I did promise a story about a certain thing I picked up on a cruise ship…

…but we’ll get to that later. 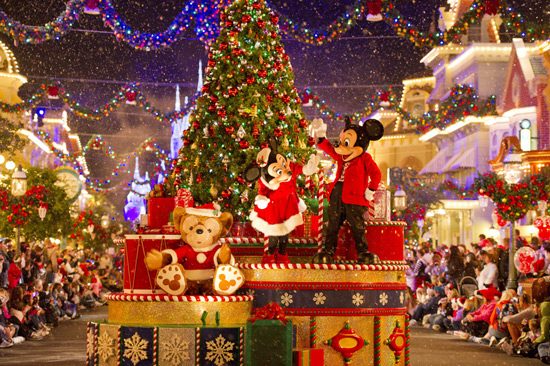 In early December I went to Orlando, FL (where I froze my ass off, which makes absolutely no sense because um I live in Washington) and partook in the adorableness that was Mickey’s Very Merry Christmas Party. It was freakin’ delightful and cute and quaint and full of brilliant Christmas lights, fake snow, hot chocolate and people hosting viruses within their bodies.

This cruise. THIS CRUISE. The *only* thing that could have possibly made this 7-night eastern Caribbean cruise ANY better would have been if I could have tossed the other 6,699 people overboard. Wait, scratch that. 6,668. I need the captain.

It’s weird. Despite the sizeable amount of people that attend them, I LOVE video game conventions. The crowds truly don’t bother me. I just accept ‘em, you know? But when it comes to cruising my patience for the human race is reduced to zero. Like, why do you have to stare at the breakfast potatoes for 15 seconds before deciding whether or not you want to grab a spoonful for your plate? Homie, there’s a line forming behind you. Oh! You walked away but decided you want potatoes after all. Go ahead, cut everyone else. We’ll wait. We have nowhere to be. Except that we do. Like this place below:

But in all honesty, I love cruising. It’s extremely relaxing, and I love to spend the days at sea by playing board games (Pathfinder was a winner this time around) or hanging out on the deck with my 3DS. It’s just…rad. So rad.

There I was, Sunday morning, sitting in the buffet hall enjoying my breakfast potatoes. The ship had just docked at Nassau, Bahamas and I was eagerly anticipating a swell fuckin’ day at Atlantis Resort. Adrenaline-pumping water slides, aquariums and warm weather? YES PLEASE.

Now, my stomach by nature is a bit on the wonky side, but that morning something felt different. I was feeling pangs of pain in pretty consistent intervals, and because I had, erm, encountered E. coli in the past I was pretty familiar with the pain. Thankfully, though, it wasn’t nearly as intense as E. coli had been so I chalked it up to something I ate/drank the night before. I mean, cruise food is weird anyway, and it was the first full day of cruising, so hey, maybe my body was trying to adjust. Or something.

By the time our tour group ate breakfast, exited the ship, boarded a bus and actually arrived at Atlantis I knew something was a bit off. With every episode of pain came a light sweat, and later during our brief “Welcome to Atlantis let’s show you everything before we cut you loose!” tour I’d have to sit down during each pang of pain. I ain’t gonna sugarcoat anything, it felt like I had eaten 10 lbs. of hot wings with a gallon of chocolate sauce – and – drank a tub of beer and it wanted OUT. But the floodgates were sealed shut, if you nahm’sayin. (If I could have cast a “release” spell on my butt I totally would have but NOOO I don’t have any mage friends.)

After getting the tour and being set free I decided to lay down by one of the many pools. And it felt grand. In fact, laying down seemed to alleviate the symptoms and within an hour I had taken a shot of rum and gone down about six water slides. I WAS PAIN FREE, BITCHES. (In retrospect, the pain-free-ness could have been caused by the death-defying water slides giving me ungodly doses of adrenaline.) (Also, if you’ve never been to Atlantis and need a relaxing getaway I highly, HIGHLY recommend it. I was only there for four or five hours but I really want to go back.)

If you’ve ever done cruising you can attest to the ridiculous lines that form when folks are trying to re-board the ship. See, every person that wants to board has to show their ID to the two or three ship attendants. One. At. A. Time. It basically takes forever, and thus upon returning from an excursion you’ll find yourself in a very long “Hey guys let me back on the ship!” line. Now, as I got in the back of the line – which was probably a good 45 minutes long – I knew the trouble had returned. My stomach pangs were back and they were back with a fuckin’ vengeance. Like, they were making me their bitch REAL fast. (Which was surprising because they had seriously disappeared prior to getting into line.)

Fact: I don’t do great in hot weather. Warm weather, like, 75-ish I can handle just fine. But once it gets to 82+ degrees I suck at life. I become irritated, sweaty, I swell like a balloon and I just want to exist and do nothing more. SO. Mix the hot weather, the stomach pangs that were quickly manifesting into something much, much more, a ridiculous line and VOILA! You have a thing I like to call NO BUENO.

My vision started to get fuzzy, my hearing began to sound all tunnel-like and I went down. I, uh, blacked out. In line. Surrounded by hundreds of people. WHO DOES THAT. Anywaaaay, the next thing I knew I was in a security guard’s bathroom, erm, taking care of business and cooling down. (Thank GOD for linoleum and thank GOD for the security guard who found me.)

I felt like a new woman after that, or so I thought. Hours later the symptoms reappeared and I was promptly sent to the onboard doctor, where I was informed I was to be placed under quarantine for 24 hours as I had – drumroll please — acquired the Norovirus.

I WAS FUCKING QUARANTINED, FRIENDS.

Thankfully the next day was at sea, and thankfully I had Pathfinder, Secret of Mana 2 and Pokémon Alpha Sapphire to keep me company, so it wasn’t all bad. Oh. I also had eight bottles of Red PowerAde to keep me company as well. I will never EVER drink another one of those again. Eesh. ::shudder:: After that quarantined day, though, I felt much MUCH better and was able to partake in all acts upon the cruise ship.

But still. What’s up with me and gastrointestinal viruses and parasites? I guess they just love me.