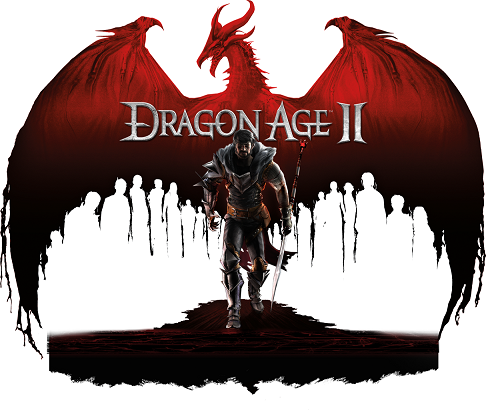 It’s been a little over three years (WHOA) since I wrapped up Dragon Age II for the first – and only – time. I’ve been pretty public about my disappointment in the game, which mostly stemmed from reusable environments and layouts along with the frustrating lack of depth when it came to character interaction. Due to this disappointment I never really had an urge to go back. Re-visiting Kirkwall seemed like a bland task, I felt like I didn’t have much more to explore when it came to character relationships and meehhh it wasn’t a priority. In fact, I haven’t even played the Dragon Age II DLC. And there’s quite a bit of it.

BUT TIME HEALS WOUNDS. Now that I’ve had time to sit on Dragon Age II (not literally, that’d be weird, but I know some of you’d believe it’d be a thing I’d do) and digest my time and experience with the game, and most importantly, accept it for what it is, I feel like I’m ready to venture back to Kirkwall. But what brought on this sudden desire?

For starters I was dinking around on Dragon Age Keep. When it came time for me to replicate the choices I had made in Dragon Age II I quickly came to the unfortunate realization I didn’t remember more than half of the lore that was being referenced. That’s…not good. I remember the main, over-arching story of Dragon Age II as if it were my first time with Alistair, but for the life of me I can’t recall the supporting, side-story details, which in my opinion are what makes Dragon Age (as a series) so spectacular, thriving and lively. And hey, with Inquisition being a thing that’s releasing in roughly 60 days I need to be schooled in all things that are Dragon Age II.

I also sorta-kinda want to dive back in for purely aesthetic reasons. When I played Dragon Age II I was playing on an old-as-balls desktop computer that, well, was old-as-balls and couldn’t even render blood splatter. It was chuggy, the framerate was quite terrible and oh HEY have I mentioned I was playing on the lowest setting?  But since then I’ve upgraded to a killer laptop ::puffs chest out in boastful manner:: that can run most games on high settings, so it’ll be AMAZING to finally play a Dragon Age title on settings higher than “low.”

Dare I say — I’M EXCITED?! Despite my gripes, I do remember having a good time with Dragon Age II and I’m looking forward to having another good time this go-round. Now that I have realistic expectations and have apparently forgotten a buttload of story, I’m labeling myself a “born-again Dragon Age II virgin.”

…What? Is that weird or something?