While browsing Craigslist yesterday, I found an ad that made my pants tingle. I don’t have a screen shot to show you, but this person was advertising a 52 vintage videogame magazine lot…AND SHE ONLY WANTED TEN BUCKS FOR ALL OF IT! Djkafjdkzasjkafd!!!

I know, I know. Some of you might be shaking your head, juuust like my friends did on Facebook. Some of you might consider old game magazines nothing more than fire fodder. But I look at them as a physical snapshot in the industry’s history. From the PlayStation advertisements to the “First Leaked Pictures!” of the Sega Saturn and everything in between, it’s fascinating to look upon the industry from a God-like perspective. I know those “leaked” Ocarina of Time screenshots you’re making a fuss about won’t be included in the final product. I know that this super secret Project X—which was dubbed a Mario killer—turned out to be nothing more than a souped-up $400 DVD player that only had seven or eight compatible games.

This probably won’t surprise most of you, but I have a bookshelf dedicated to the magazines I’ve collected throughout the years. 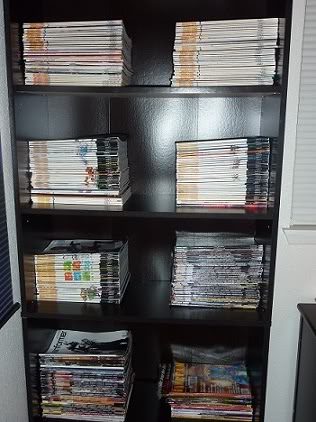 Here are a few pics of my magazine loot from last night! 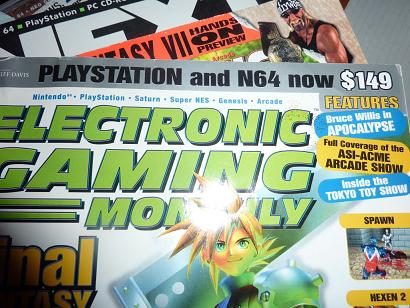 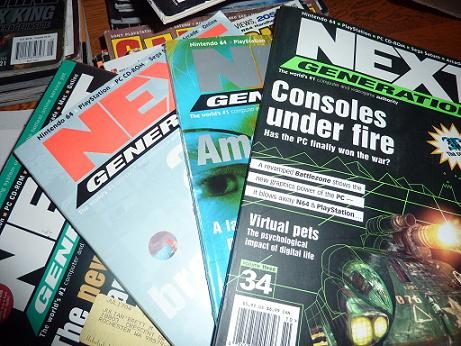 And here’s my reading material for the day: