We are sometimes asked, “Where were you when ____ occurred?” Generally these questions are in regards to significant moments in our history; war, natural disasters, the founding of Bioware, etc.

For someone’s school project I was recently asked how old I was when Ocarina of Time released for the N64 (best project ever, amirite?!). That was easy enough to answer—I was ten years old. But then I was asked if I remembered the EXACT MOMENT the game fell into my hands. “All I remember,” I told him, “was that I was at my grandma’s house on Christmas.” And that pretty much ended our conversation. Now thinking about it, I hope that short-ass answered sufficed…hah. Just watch, he failed because of my terrible answer. >_<

Anyway, I wish I had that guy’s contact information, because now I could tell him everything. And it’s all thanks to a CD case I stumbled across last night.

Seriously, as soon as I held this in my hands a bunch of details came back to me. The entire family and I were at my grandmother’s house. My family has always been a little loud and crazy, so I could barely hear myself think as I pulled Ocarina of Time, the soundtrack and T-shirt out of a festive green bag. I flipped over the CD case and studied the screenshots. Knowing I would eventually see the same things that were in those photos excited me. I’d fight spiders, meet those big rock-dwelling creatures I had heard so much about, and eventually, I’d become adult Link—who happened to look like Nick Carter from the Backstreet Boys. 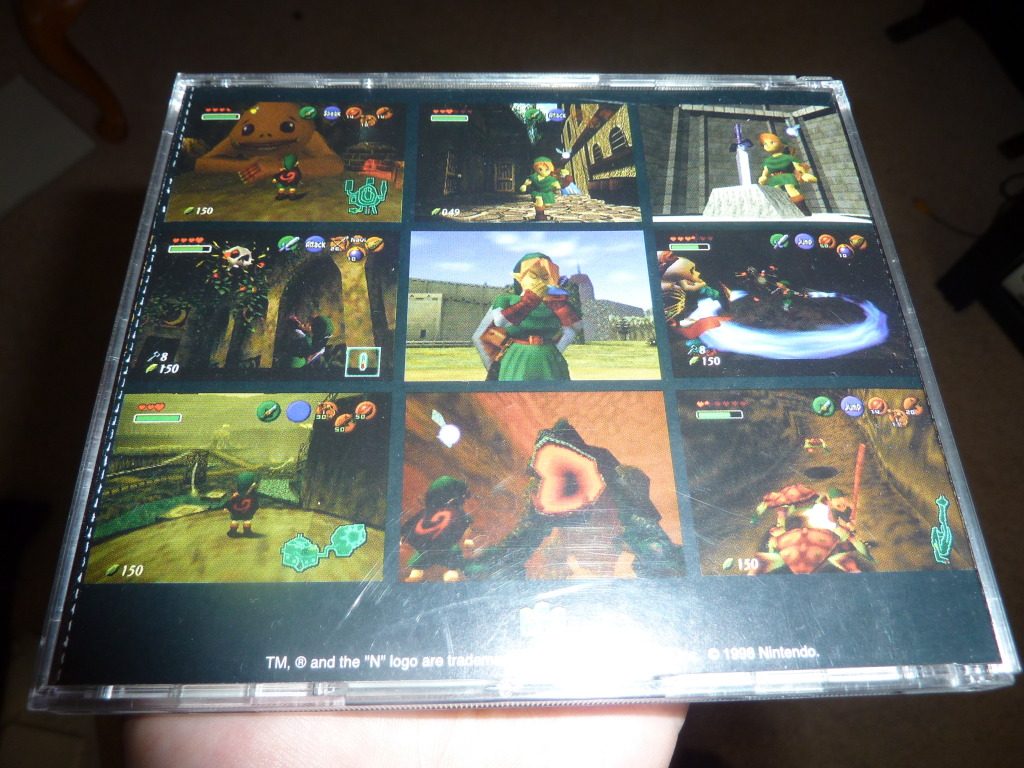 And last night, as I laid eyes on those pictures for the first time in 13 years, that same feeling of anxiousness and excitement rushed over me.

I then remembered I’d ALWAYS pack my Discman into the car with me for those tedious drives to the grocery store. At that time, seeing as my Zelda obsession was just blooming, my soundtrack of choice was none other than Ocarina of Time. It included with four themes—Castle Market, Fairy Fountain, Hyrule Field and the battle music–and I’d listen to the effin’ Castle Market song so much that I made lyrics for it. In fact, think I wrote them down somewhere. I really should try to find those so I can post them and thoroughly embarrass myself.

I’d also sit in my room for hours at a time, just me and my boom box, and crank the battle music. In my head, I’d imagine the epic battles that awaited Link. Why I wouldn’t just fire the game up and discover them for myself, I dunno. At times, I’d prance to the graceful Fairy’s Fountain tune, and when Hyrule Field’s theme began to play, I’d pretend I was wandering the early morning fields myself.

It’s sad to think that I had forgotten all of those memories, but it’s comforting to know all it took was once glance at a CD for those buried memories to resurface.

Look how purdy it looks in my mini-Zelda shrine :D 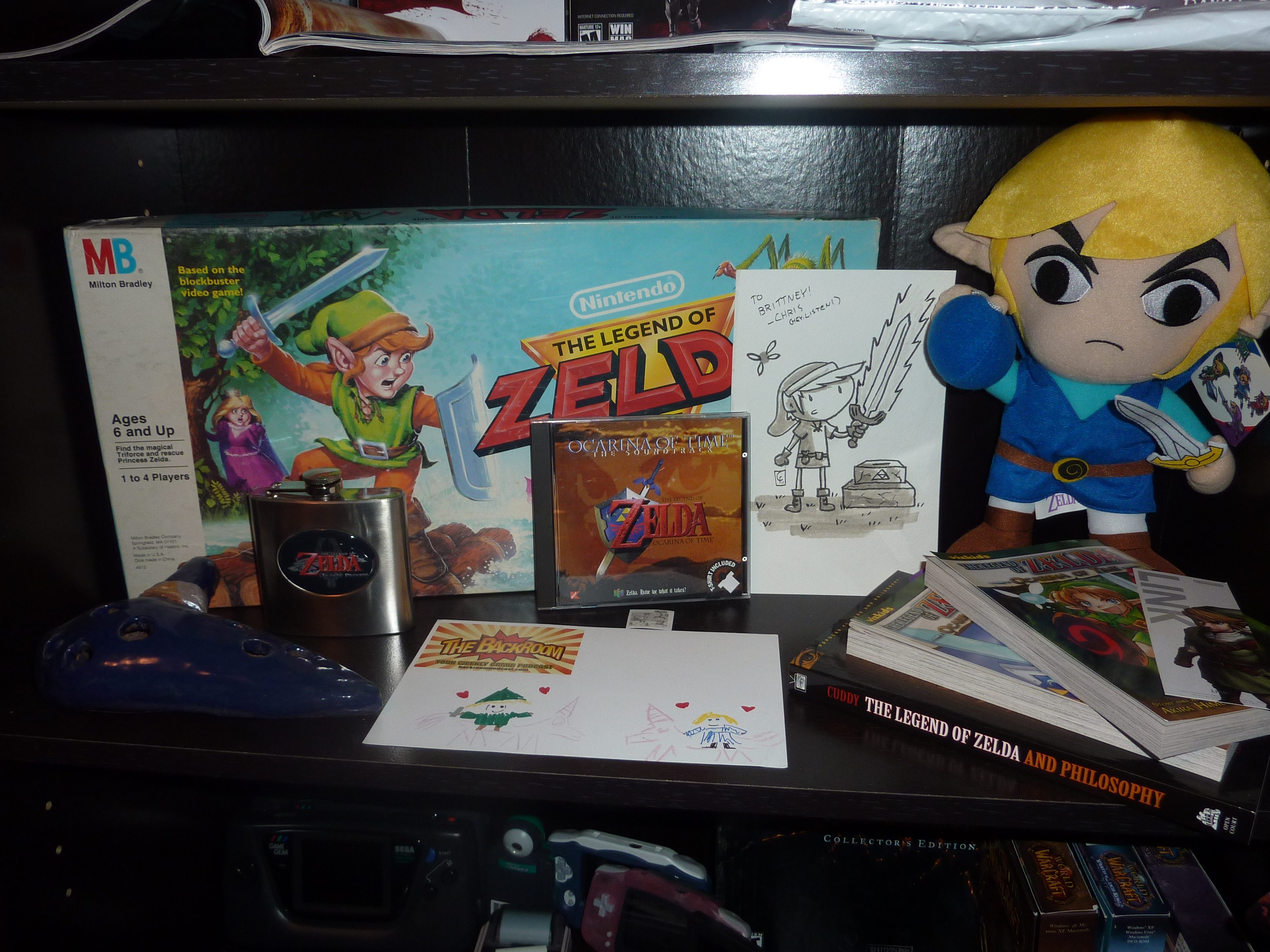