I’ve always said my dream car is a  black, four-door Jeep Wrangler, but I might have to reconsider after seeing what Sherod Grayer did to his 1991 Chevy Caprice.

The outside ALONE is pretty killer in itself. Ew. Did I just say killer? I think I did. Anyway, if you saw this bad boy cruisin’ the streets, the first thing you’d probably notice would be the big ol’ NES controller and Nintendo logo spray painted on the side of the car.  But open that bad boy up, and… 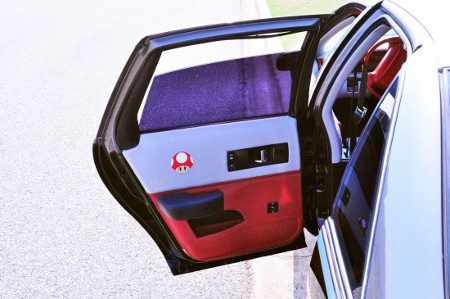 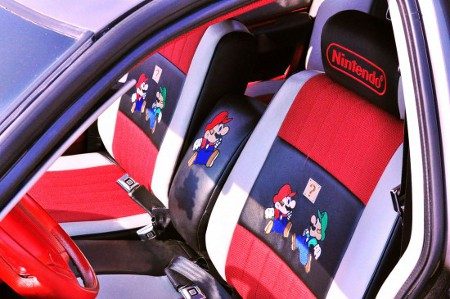 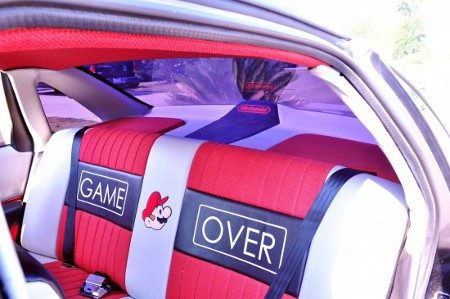 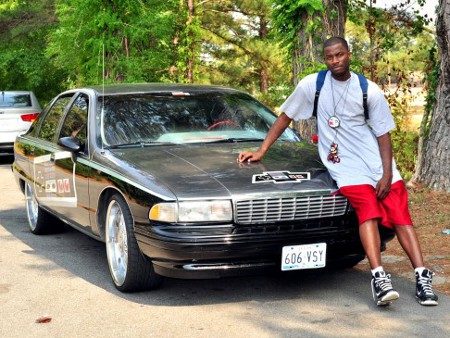 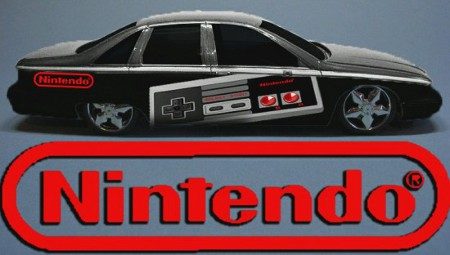 Pretty badass. I’ve never seen someone do this to a car before! Now if there is any way I could craft my ’06 Hyundai Elantra into something amazing…ugh. Seriously guys, I hate that car. I bought it brand-spankin-new five years ago, and it’s ALMOST paid off. Otherwise I’d be tempted to sell it and purchase mah Wrangler. But who wants car payments? I don’t.

/tangent
So, this got me thinking. If you could design your dream car, with custom paint, interior, etc, how would you do it? What features would you add?

Personally, I’d have two fuzzy Deku nuts hanging from my rear-view mirror, and if anyone were to get too close to my ride, Link’s “HYAAAH! TYA!” fighting grunts from Ocarina of Time would ward them away. I’d have a navigational CPU (think EDI from Mass Effect 2) except it would be a hologram of Alistair’s beautiful face. Whenever I’d score an awesome parking spot, fanfare from Final Fantasy IX would blast out of my speakers, which would look like companion cubes.

…yeah, I could talk about this forever.

By the way, Grayer hails from Warner Robins, Georiga, which is where my n00bketeers co-host beezball is from. I guess I owe him an obligatory shoutout. W00t, woot.