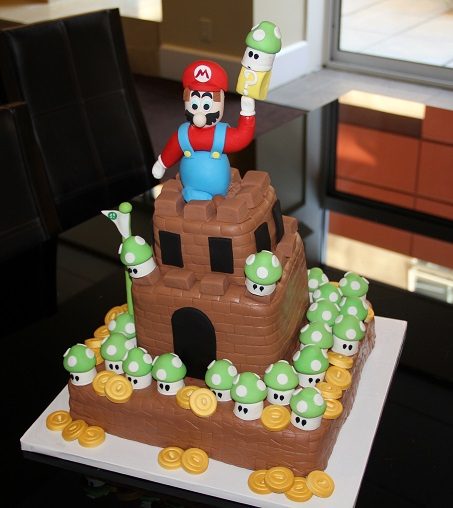 Recently a good broseph of mine — Sam from SamAntics.net — turned the WHOPPING age of 30 (IKNOWRITEWHATANOLDFART) (Also, I know I just pissed some of you off; remember, I love you) and threw himself a fun lil’ birthday shenanigan rendezvous extravaganza. And what better way, my friends, to do just that other than to have a custom built Mario cake available for consumption?!

Oh, it gets better. Pizza was ordered, alcohol was served and folks were just chillin’ around playing Super Mario 3 on the Wii U. Like, I felt as if it it were my birthday but BETTER BECAUSE I WASN’T THE ONE TURNING A YEAR OLDER. (<3 you Sam!)

But for serious, this cake was legit. I’m pretty sure it was made out of cloud fluff and unicorn kisses (aka unicorn saliva) aaaand those coins and ‘shrooms? ALL EDIBLE.

I won’t lie, the entire purpose of this post was to make you slightly jealous of the amazing cake I consumed, because I know I become jealous whenever I see those fancy cupcakes, cookies or what have you chefs of the internet cook up and boast about. SO THERE FEEL JEALOUS. ;)

And in case you’re wondering about the fate of Mario… 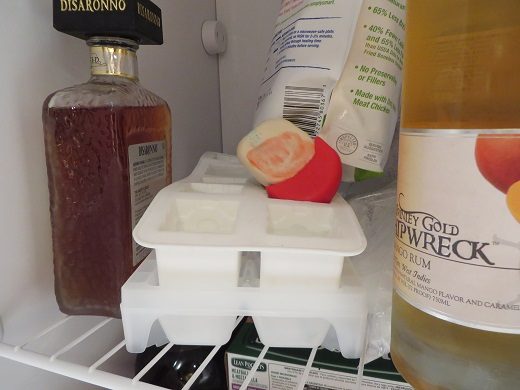 Don’t ask me why his head is in my freezer — I think when I brought it home I planned on consuming it (which seemed like a good idea at the time thanks to Jack Daniel), but I was so stuffed I stuck it in the freezer for later nom-noms, and when I went back to find Mario’s head this is…well, this is what I saw. That’s actually the back of his head —  it somehow tipped over and morphed into one of the Portal ice cubes. I can’t remove it.

Just another day in paradise, folks. ;)