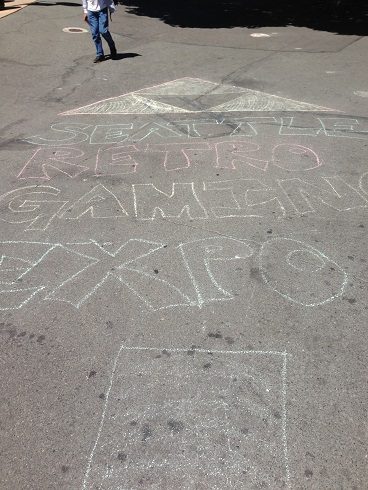 Being a person who thrives in Seattle (also known as a Seattleite, if you will) one would think I would know about ALL OF THE AWESOME THINGS that go down in my neck of the woods, but unfortunately it just isn’t so. I only realized the Seattle Retro Gaming Expo was a thing due to a tweet, and after looking into it it turns out the SRGE is a thing that has happened since 2011. FAIL BRITT, f-a-i-l. But I was determined to make up for those missed two years and spend a lot of money at the expo, not on games (because, let’s face it, I don’t need more of ’em) but on merch. Because God knows I need more merch. So it’s kind of scary to throw me into a few rooms packed with nothing but retro gaming goodness, but I think I did pretty well. 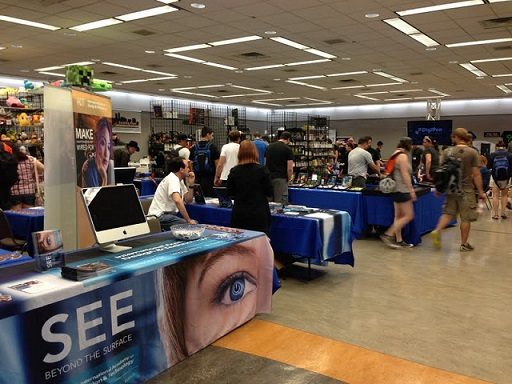 As you can see, it’s veeeery small compared to other cons, but let me tell you, the SRGE was dense with awesome awesomeness. There were even a few panels goin’ on: 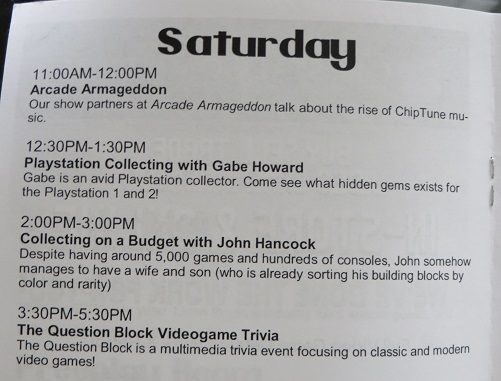 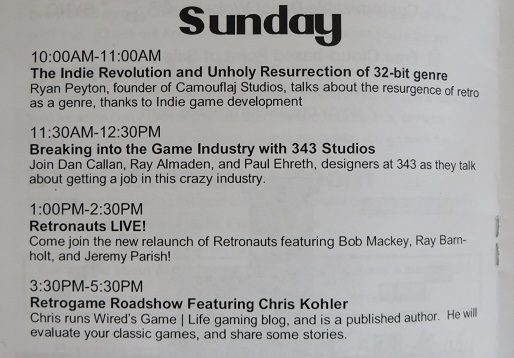 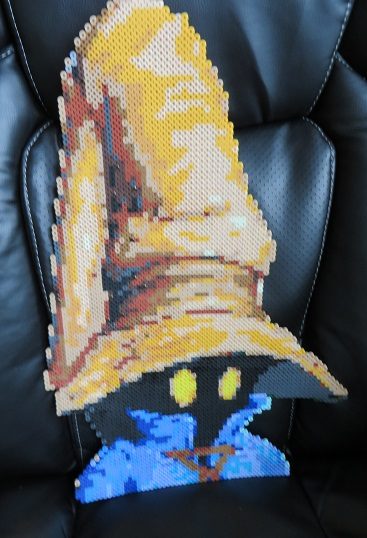 I don’t talk about it as often , but Final Fantasy IX is one of my top-five games of forever and a half. I played through it when I was 13 or so, and even after all of these years  it still sticks with me (in faaaact I, erm, wrote a 300 page fanfic back in the day loosely based off of FFIX) and as soon as I saw this pixelated Vivi  it was love at first, erm, glowing orb-ball-sight. It’s pretty tall, and it’s pretty amazing. I have a mini FFIX shrine he’ll fit nicely in. <3 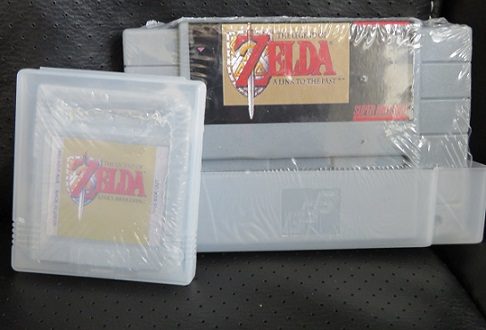 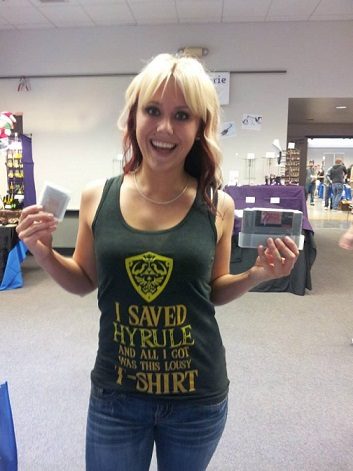 I know I said above I didn’t buy any games AND I WASN’T LYING SO DON’T LOOK AT ME LIKE THAT. Do you know what these are? (Besides replicas of some of the greatest games of all of the times?) THEY’RE SOAPS! YES, ladies and gentlemen, someday I might scrub my grime with these amazingly awesome sexual soaps. They were an insta-buy for my Zelda bathroom, and if you want some of your own head over to Digital Soaps! There are SO many different game-soaps to choose from and the owner, Chrystal, is fabulous. 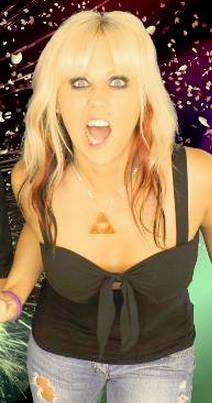 Er, the above photo is actually from the Saints Row IV Party at E3, but what I’m trying to show you is the Triforce necklace I’m wearing. I bought that one from Geekstar Costuming during Emerald City Comicon, but because I wear it SO much it was starting to get a big dingy. Thankfully Geekstar had a booth at  Seattle Retro Gaming Expo, so I bought another! 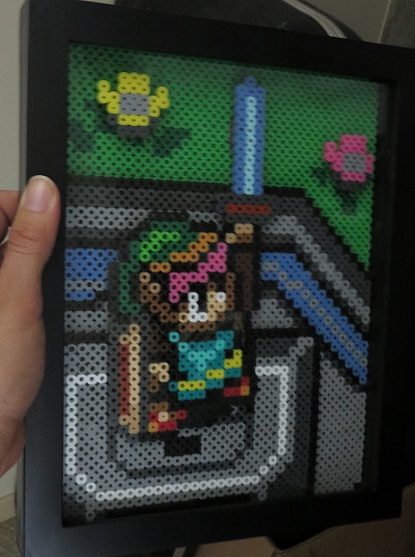 ISN’T THIS THE BEST THING EVER WAAAH!!!

Unfortunately I had to take a dark picture as to avoid this thing called sunlight glare, but God, this thing is amazing. I bought it from 2.5d Sprites‘s booth at the expo, and to give you a better (and brighter) idea of what their products look like, check out these Mario pieces! You can really see the 3D effect. 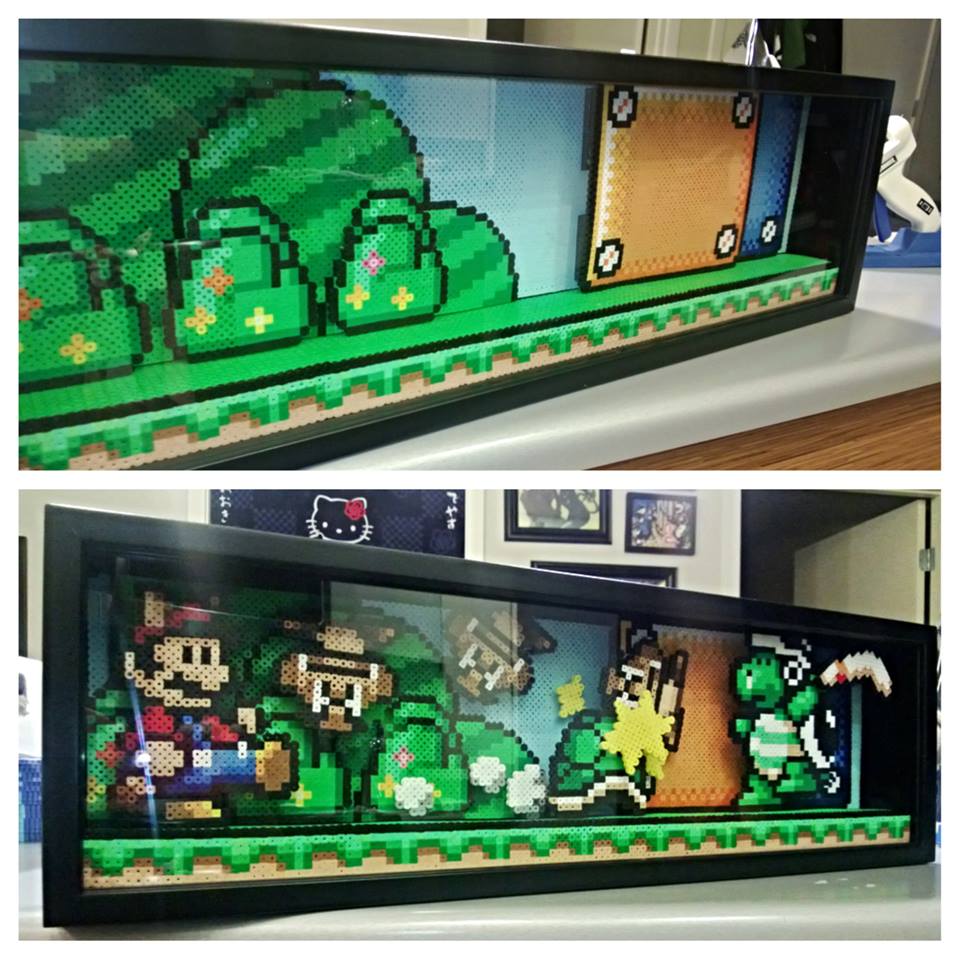 So, yes. Another con, another chunk of money WELL spent. While I didn’t buy any games, this was DEFINITELY the place to look. From what I could tell, the vendors were really flexible and willing to negotiate prices — to an extent — I heard some kid try to barter for a boxed copy of Chrono Trigger for, like, 3o bucks. HA!