With the recent news that Smash Bros. Wii U will have a smaller, more intimate roster I figured it would only be suitable to post the creepiest Smash Bros. picture I’ve ever seen. For serious. It makes me want to regurgitate. 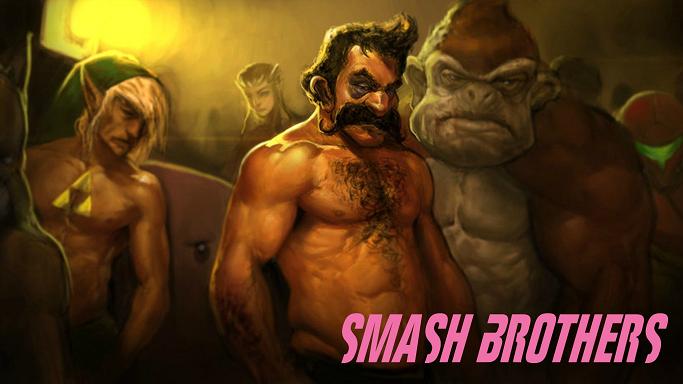 But yeah, from the sound of it (and the “sound” comes from Smash Bros. head Masahiro Sakurai so it’s pretty fucking legit) Smash Bros. Wii U will have a smaller roster as Sakurai feels that certain issues — like with the balance of the game — arise when you have so many playable characters,. Y’know, he as a point – when you have 3,298 different characters to choose from they all start feeling like the same character only with a different skin.

I’m not gonna sweat it – let’s face it, this game is years away. I have enough to stress over…liiiiike the production of Dragon Age 3. That game is going to be the DEATH of me, I SAY! THE DEATH OF ME. ::shakes fist at BioWare::