Oh, yes. I finished Mass Effect 3. And yes, I loved the ending.

But, uh, it might take me a few posts to recap everything. I sorta-kinda took a LOT of pictures. (92.6% of them may have been from the romance scene between Kaidan and I, but…)

After giving the go-ahead to Admiral Hackett to mobilize the fleets, the scene cut to Shepard chillin’ in her cabin, looking over some numbers and other boring things that don’t include screwing Kaidan. But on cue Kaidan strutted in with some alcohol (God I LOVE that man) claiming he “couldn’t sleep” and that he just came up for a “quick drink”. PSH. Boy, the only quickness that will be involved will be your recovery time. 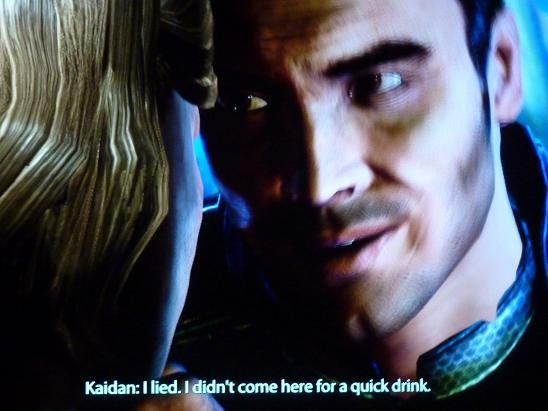 And then…the deed was done. Unfortunately I didn’t get to see any, um, body parts but it was still worth the 50 or so hours it took me to get there. Of course, nothing can be cookie-cutter with Shepard. Even after having mind-blowing Spectre sex with Kaidan she ended up having some weird ass dream about that damn kid she’s been chasing for-freaking-ever. Man. It’s almost she’s under pressure or something. 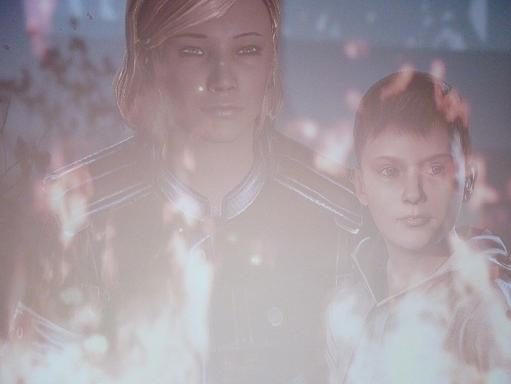 In any case, she woke up the best way possible. THE. BEST. FREAKING. WAY. POSSIBLE. 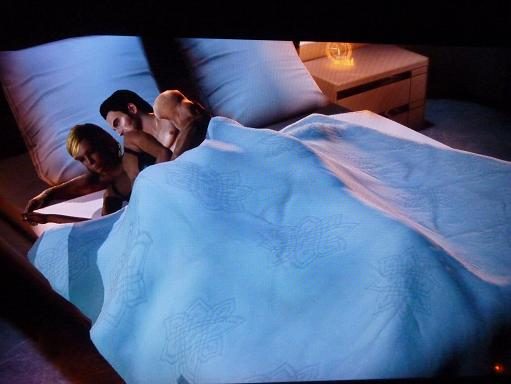 But for serious homegirl, why did you wake up wearing your bra and underwear? Like, who does that? “Okay hemhem we’re done doing the deed, dear biotic man I have been with for three consecutive games, so therefore I’m going to place my intimates back atop my digital body so that I may sleep comfortably.”

It was time to infiltrate The Illusive Man’s base so the Alliance could recover the Prothean VI that supposedly held the key to the Catalyst. EDI decided she wanted to tag along because of her knowledge of Cerberus algorithms and whatnot. Now, this is funny and groan-worthy for I NEVER took EDI on a mission with me. N-E-V-E-R.

We assaulted the base, did our thang, and then I found a surveillance video of the Illusive Man preparing to be operated on. I *think* he was getting the same procedures done as the folks were on Sanctuary. After melting my brain with aforementioned video we finally made it to the Big Kahuna Room. 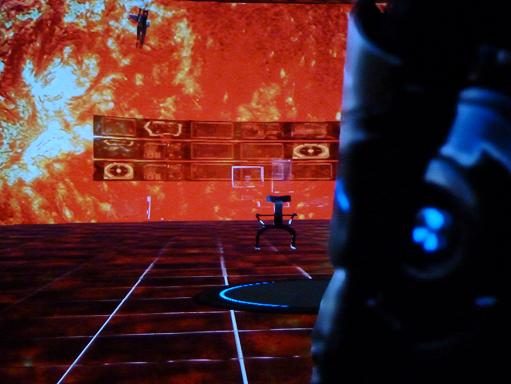 EDI began trying to access the Prothean VI and, as expected, the Illusive Man made an appearance. He was talking his usual nonsense about controlling the Reapers and how he’s only uplifted humanity, yadda yadda yadda. He eventually bid me farewell and left. (How nice of him.) We finally accessed the Prothean. He/she/it revealed that this Catalyst we’ve been chasing after for so long was actually the, uh, Citadel. It was also revealed that the Illusive Man ran like a little bitch to the Citadel in order to inform the Reapers of our plans to destroy them. WOW. What a wet blanket.

And in even better news, Mr. Prothean said The Citadel had already been moved to the Reaper-controlled space.

AND IN EVEN BETTER NEWS my BEST FRIEND FOREVERRRRRR Kai Leng showed up!!! YAY! 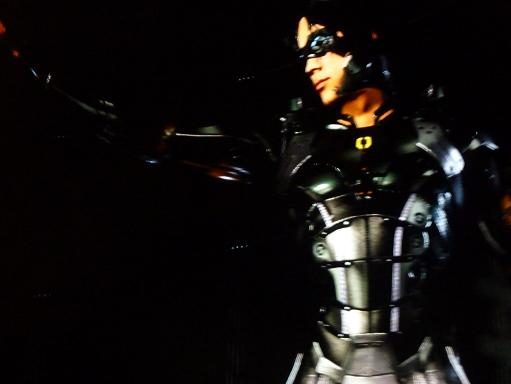 The fight with Leng was preeeetty easy, and after destroying his FACE Shepard sat back down and continued working. But, what was this? Kai Leng was getting back up! Yes, he managed to ninja-walk behind Shepard. At this point I was given the option to make a renegade decision, and without even thinking about it I went through with it. Now, I normally don’t do renegade-esque things for I am a pure paragon, but this was one renegade option I don’t regret choosing. As Leng was about to stab le Shepard, she quickly whipped around, snatched (ha, snatched) his sword and sliced that mofo like a watermelon whilst yelling “THAT WAS FOR THANE!”. AH. Revenge – so, so sweet.

With the information we needed, we headed back to the Normandy to make our last preparations for Earth or whatever it is that those mofos running around on the ship do. I dunno. I had more important things to do…like, to make idle chit-chat with everyone. 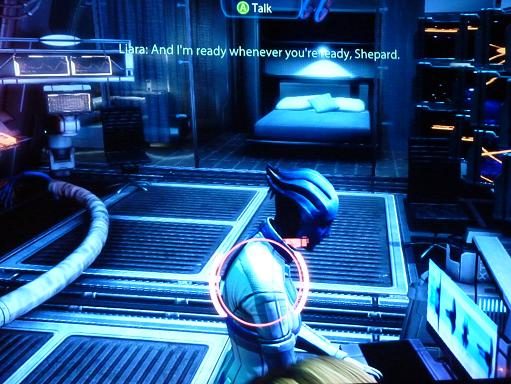 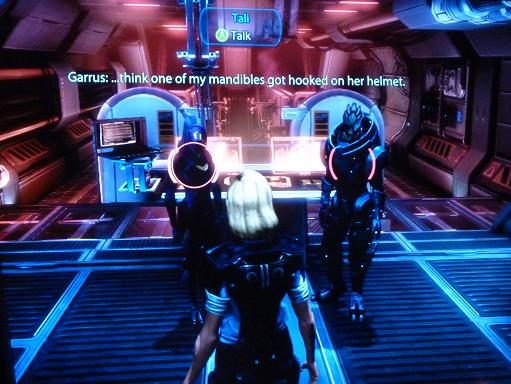 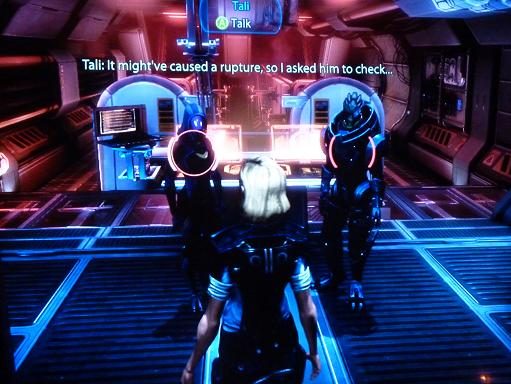 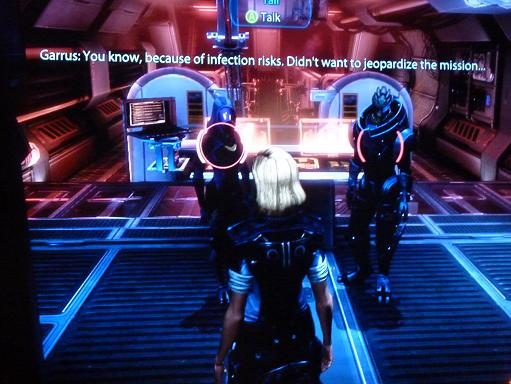 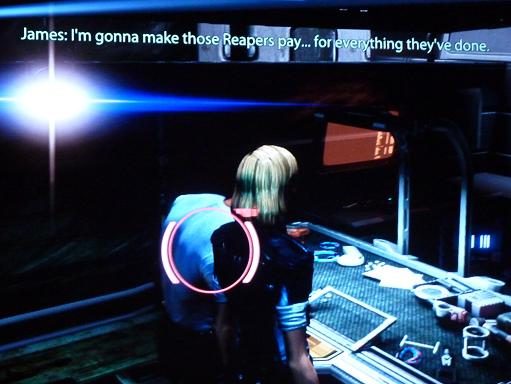 And with that, it was time to order the fleets to Earth.