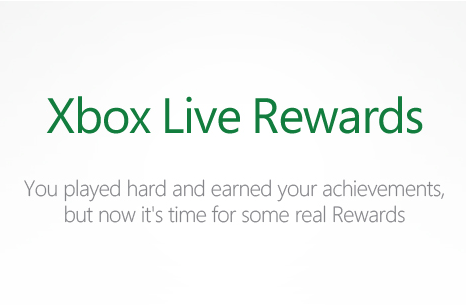 Y’know, I was once part of Xbox Live’s Reward System, and I think I was, like, booted out of the program without knowing because I have YET TO SEE A DAMN REWARD, MICROSOFT. Hell, I don’t even remember receiving my whopping 20 Microsoft Point “Birthday Bonus” — and hey, that equates to 25 cents, which is a LOT when you’re busy spending all of your extra money on video games.

It seems like I will never see those points, because Microsoft is making some ch-ch-ch-changes (Turn and face the stranger) ch-ch-changes, Don’t want to be a richer man…

“With all these changes [regarding the new console, blahblahblah], it’s become necessary for us to evolve the way we reward you. Starting August 1, 2013, you will not be able to earn Microsoft Points through Xbox Live Rewards any longer. Not to worry, though! Since this currency change is impacting the structure of the program, we’re taking the opportunity to make Xbox Live Rewards even better. You’ll continue to get rewarded for doing the things you love on Xbox Live – just not with Microsoft Points. So come back to rewards.xbox.com on September 1, 2013 for the full scoop. You can also follow us at @XboxLiveRewards on Twitter for the latest updates.”

WOOHOO! I mean, this isn’t ground-breaking “ZOMGJIZZINMYPANTS!” news, but nonetheless it’s good to see Microsoft taking a step in the direction of the good variety.

Keep it up, ol’ chap. Are you a part of the Xbox Live Rewards Program? Is it, um, worth it?