I’m still playing Pokemon Blue! But man, like I’ve said a million times before, it’s a hard game to write about. It’s like, “Ho-kay, I want to the Pokemon Tower and defeated a bunch of Channelers and fought a butt-load of Gastlys. After that I put Cubone’s mother, Marowak, to rest and saved Mr. Fuiji which gave me the Poke Flute so I can wake Snorlax up!”

OH! I fought Gary. Again. I also caught a Haunter. He absolutely murdered everyone at that dojo in Saffron City. 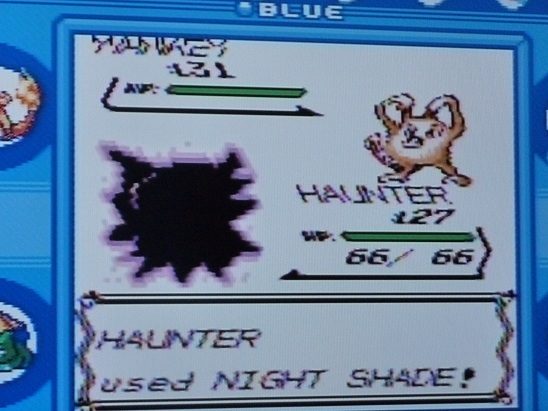 Now I believe I’m in Silph Co, trying to level up my ish so I can fight Sabrina because DAAAMN her Pokemon are high leveled! I think all of them are above 38, and I think Charry (Charizard) is at 41, 42 and Gary (Gyarados) is around 38? All the rest are below that. Enggggh.