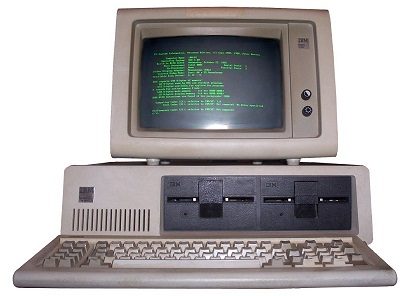 PC or Mac? In that short question you find one of the most divisive points of debate in modern society. It is an argument that has eclipsed the Coke or Pepsi argument, and one that still has no definitive answer. So, which is better: PC or Mac?

If we use UK retailer Argos as a barometer for price, their lowest priced PC Laptop is the Acer V5-123 11.6 Inch 2GB 320GB Laptop, retailing at the moment for £259.99. You can actually get them even cheaper, as myvouchercodes are currently offering up to £100 off selected laptops at Argos. As for Apple, their cheapest model, the MacBook Air, costs a cool £849.00. In terms of price there is one clear winner: the PC.

When buying a laptop you want to know that it is going to last for a fair while. In terms of battery life, the Mac wins. Its 55-watt hour lithium polymer battery has a battery life of over four-and-a-half hours and a lifespan of over six years. The HP Pavillion dv4t, one of the premier laptops around, has a battery life of three-and-a-half hours and a life span of around four years. Even better reading for Mac advocates is that there are far fewer viruses on Macs than there are PCs, meaning that Mac users have a reduced chance of picking up a laptop-ruining virus. In terms of longevity the Mac is probably the winner.

For those of us who like to use our Laptops for gaming then you should be well aware that PC is where it’s at. There are fewer gaming options available for the Mac as their hardware isn’t designed for gaming. In fact, many game manufacturers do not even create games for Mac as there is just no point. If you want to game on your Laptop, then PC is the way to go.

This is a tie. PCs have access to Windows which, as we all know, comes with Excel, Word and many other well-known programmes. For business people, the PC is the greater tool, since Excel and Access allow them to stratify data, whilst a Word window always seems to be open somewhere.

While PC is definitely the way forward for people in business, for those in the creative industry, such as artists and creative designers, the Mac is the winner. It has a better fluidity than the PC, while the retina display allows them to see images in better quality. The OS X system is seen by many as the best in the design world and, in truth, it is.

Before Windows 8, you would say that the PC had the best operating system due to its simplicity, something that the OS X could not lay claim to. And then Microsoft gave us Windows 8. To say that it had a lukewarm reception is something of an understatement. Gone was the start button and the desktop, and in its place was a confusing system of tiles that confused the heck out of everyone.

It’s a close one but PCs have the better operating system. Apple is a lot more aesthetically pleasing but underneath its beauty it doesn’t quite pack the same punch as Windows. If Windows 9 goes back to substance over style and does away with the tiled motif and brings back the start button then it will be far superior to OS X.

In conclusion, you cannot really have a definitive answer as to which is better as they built for different purposes: PCs for business and Mac for design. Macs look better but PCs are packing more under the hood. Just like the Pepsi/Coca Cola war, it is a matter of personal preference!