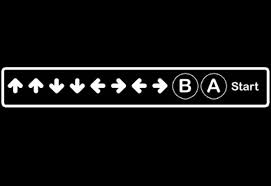 Ever since video and other online games were invented, players have tried to win by using cheat codes. Some don’t see anything wrong with cheat codes in video games because some of these were created by game designers and hidden in the game itself. Cheats are supposed to help players advance levels, gain extra lives, or gain invulnerability. In fact, many are seeing video game cheat codes as the gamer’s best friend.

Video game cheat codes have existed for a while now; one of the more famous examples being the Konami Code, in which the player presses a sequence of buttons to enable the cheat. This was followed by the Game Genie in the 1980s, where a NES cartridge with a plastic hook was attached to a game cartridge and then inserted into the NES.

The video game cheat code industry boomed when GameShark was released. GameShark came with a code generator that enabled the device to search the game and look for parts that could be manipulated. Soon, there were codes created for over 1,300 games.

Magic Genie is another producer of video game cheat codes outside game development. Both GameShark and Magic Genie are hardware add-ons that make games easier to play. Is using a cheat code from within the game different from using cheat codes developed outside?

According to video games cheat codes expert Mia Consalvo, there are three major opinions on video game cheating. One of these is the purist perspective, in which the player thinks that outside help of any kind is frowned upon. Purists prefer to play the video game on their own without cheat codes. Then there is the Code is Law perspective in which the player thinks that strategy guides and walkthroughs are fine since they do not modify the game in any way.

The most popular seems to be the You Can Only Cheat a Player perspective, in which players believe that cheat codes are okay as long as you don’t steal or deceive other players.

There are many benefits to using cheat codes if you are a gamer. Cheat codes can make the gameplay experience easier by providing extra lives, skipping levels, and unlocking secret levels, weapons, or other items.

Sometimes, cheat codes are also necessary because some games are too difficult to beat, like Contra for NES. Game designers are aware of the game’s difficulty and inserted cheat codes in the game to help players.

While the above cheats only modify and simplify the gaming process, some video game cheat codes help players finish an entire video game. To do this, players use walkthroughs or strategy guides released professionally or through amateur videos. While some players think this ruins the idea of playing, some prefer using walkthroughs to get a comprehensive guide on how to finish the game using character statistics, strategies, and maps of game levels.

Purists don’t patronize video game cheat codes since they ruin the concept of playing a game: to find out on your own how to advance to the next level.

Players have different opinions about cheat codes. Some hate using them, while some can’t live without them. However players see video game cheat codes, they shouldn’t forget the one thing that got them to play the game in the first place: to have fun.