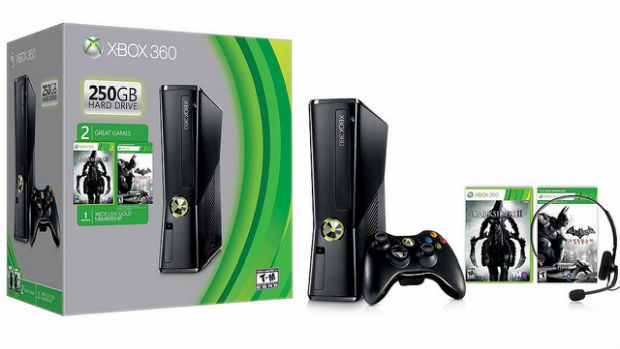 Are you still in the market for an Xbox 360? Well my friend, you may just be in luck!

Earlier today Microsoft announced the “Spring Value Bundle”, a $299 bundle of sex that will net you a 250 GB console, a controller, a physical (WOOT!) copy of Darksiders II and a download code for Batman: Arkham City. BUT THAT’S NOT ALL! You’ll also receive a free month of Gold Membership.

This bundle is on its way to major US retailers today, so keep an eye out!

Out of curiosity, who doesn’t own an Xbox 360? Is it because you’re not a fan of their exclusives, or are you perfectly content with your other console? I gotta admit I think this is a great bundle, so I think if I didn’t already own one I’d be on the hunt for this bad boy.