It’s hard to believe this is my third year attending ECCC (I know that’s a pathetic consecutive string compared to a lot of you!) but I’m more excited than ever for Emerald City Comicon 2013! Last year I had SO SO SO much fun and walked away with way too much cool stuff (including an empty Final Fantasy statue box…) and I expect this year to be no different. For starters, the guests making an appearance this year has my panties in a tight and twisted wonderful bunch. 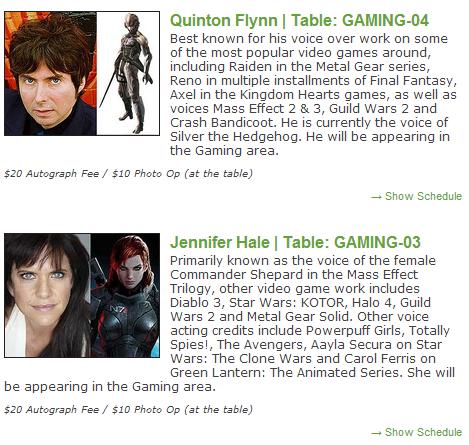 SQUEEEEEEEEEEEEEE!!! I’m especially excited for the cast members from The Walking Dead (not so excited about having to pay $60 for a photo, but whatever) and for Jennifer Hale. I’ve already taken a photo with Miss Shepard during PAX Prime 2011, but I think we’re overdue for an updated one, don’t you think?<3. 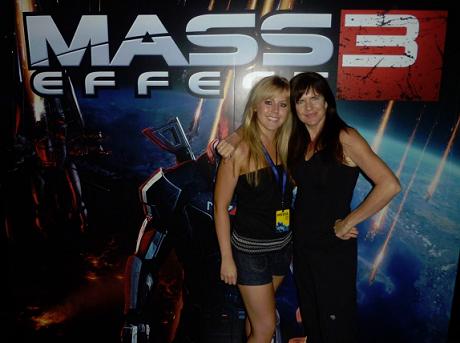 Unfortunately I missed out on a Saturday pass, but I’ll be attending Friday and Sunday (I MIGHT try to find a Saturday pass somewhere) and I expect to be lurkin’ around the show floor all day! If you’re attending and happen to see my two-toned haired-self walking around make sure you say “ALISTAIR!” and that will catch my attention so hard.  Then let’s take pictures and become besties. Let me know if you plan on going!

For shits, here’s my recap video from last year!