It’s Show and Tell Tuesday! I doubt that’s even a real thing BUT IT IS FOR TODAY.

OKAY SO. There’s a small lil’ personal story of no particular significance that goes with these figurines, it’s just kinda fun so I wanted to share. So back in the day my grandma gifted me a copy of Final Fantasy IX. I was, oh, 13 at the time and had never played a Final Fantasy game before. The game and its many characters and adventures quickly became an obsession of mine – particularly Zidane, I had the *biiiiiggest* teenage crush on him huehue – and I spent countless hours not only playing the game, but writing fanfiction, looking at fanart, etc.

Now, there comes a point in the game’s narrative when things get dark REAL fast and it actually caused me to stop playing. The quirky and silly characters and their banter had taken a backseat for some serious shit, and while I had lost interest in the game itself, I was still fully invested in the characters and fandom via reading/writing fanfiction, watching people LARP in chatrooms (oh yes) and more.

One day after school, months after I had stopped playing Final Fantasy IX – and I’ll never forget this – I was hanging out at my grandma’s house perusing the internet when I had a thought: I never did get to see the ending of Final Fantasy IX and I doubted I would pick the game up again, so I decided to see if I could find the ending cinematic online. (Jesus, did YouTube even exist back then?) I somehow managed to watch the ending which made NO SENSE TO ME because I hadn’t played the final hours of the game (duh) but I also somehow stumbled across this video:

(In case you didn’t know, Final Fantasy and Coca-Cola have a marketing history together. Here’s a whole page on it!)

I remember feeling like I had just found some super rare easter egg on the internet. How the hell was I watching a commercial from Japan?! (Hey, the wonders of the internet were still new and exciting back in the early 2000s.) The way the characters looked so excited, so lively – it reminded me of the good times I had with Final Fantasy IX and THAT is actually what prompted me to go back and finally finish it. It ultimately became one of my most treasured games, and one of my absolute favorites.

So knowing all of that: A few weeks back I was looking for a lil’ retail therapy fix and randomly plugged “Final Fantasy IX” into eBay WHEN THESE BAD BOYS POPPED UP.

I bought them faster than you can say “Kuja’s shimmering thong.” 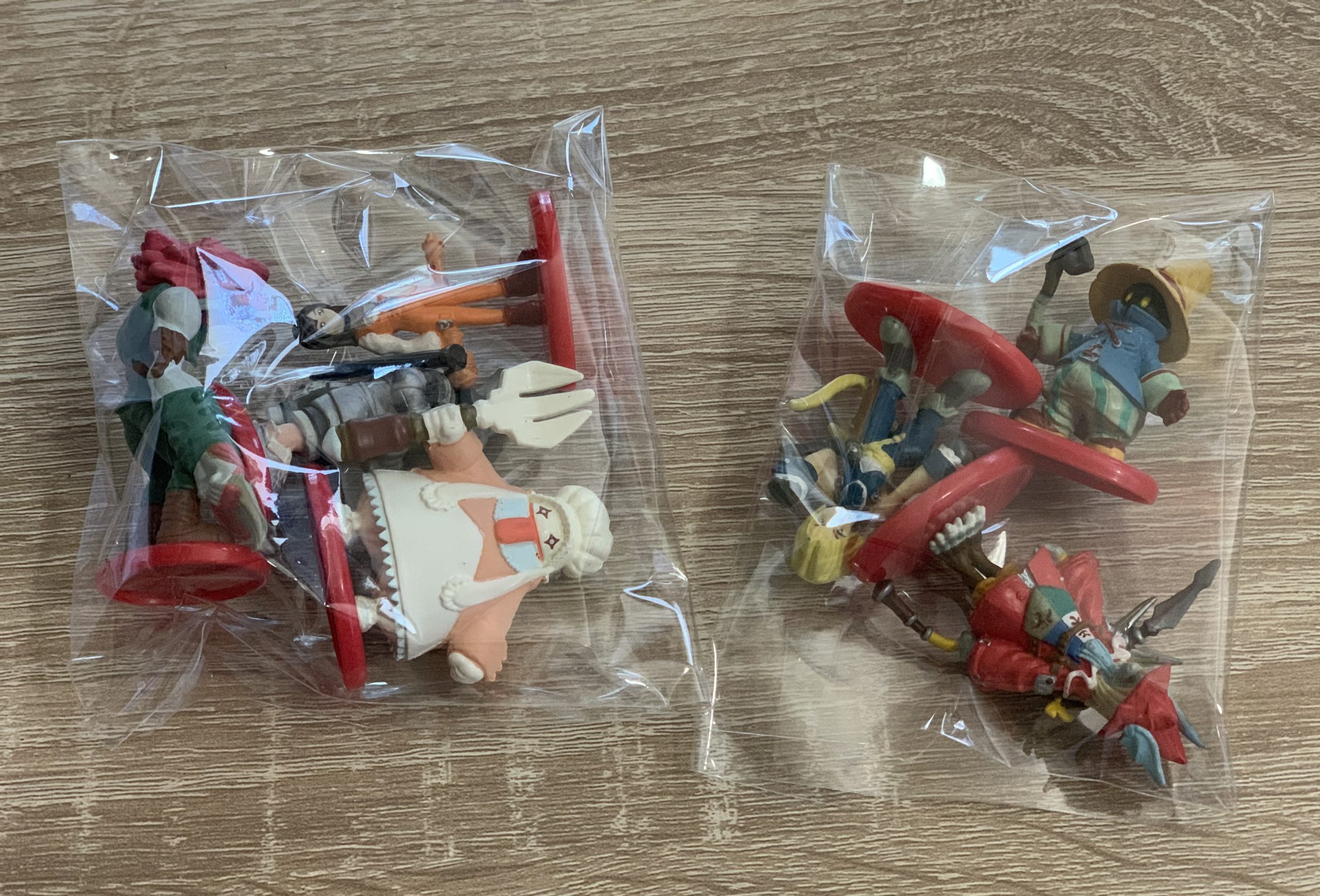 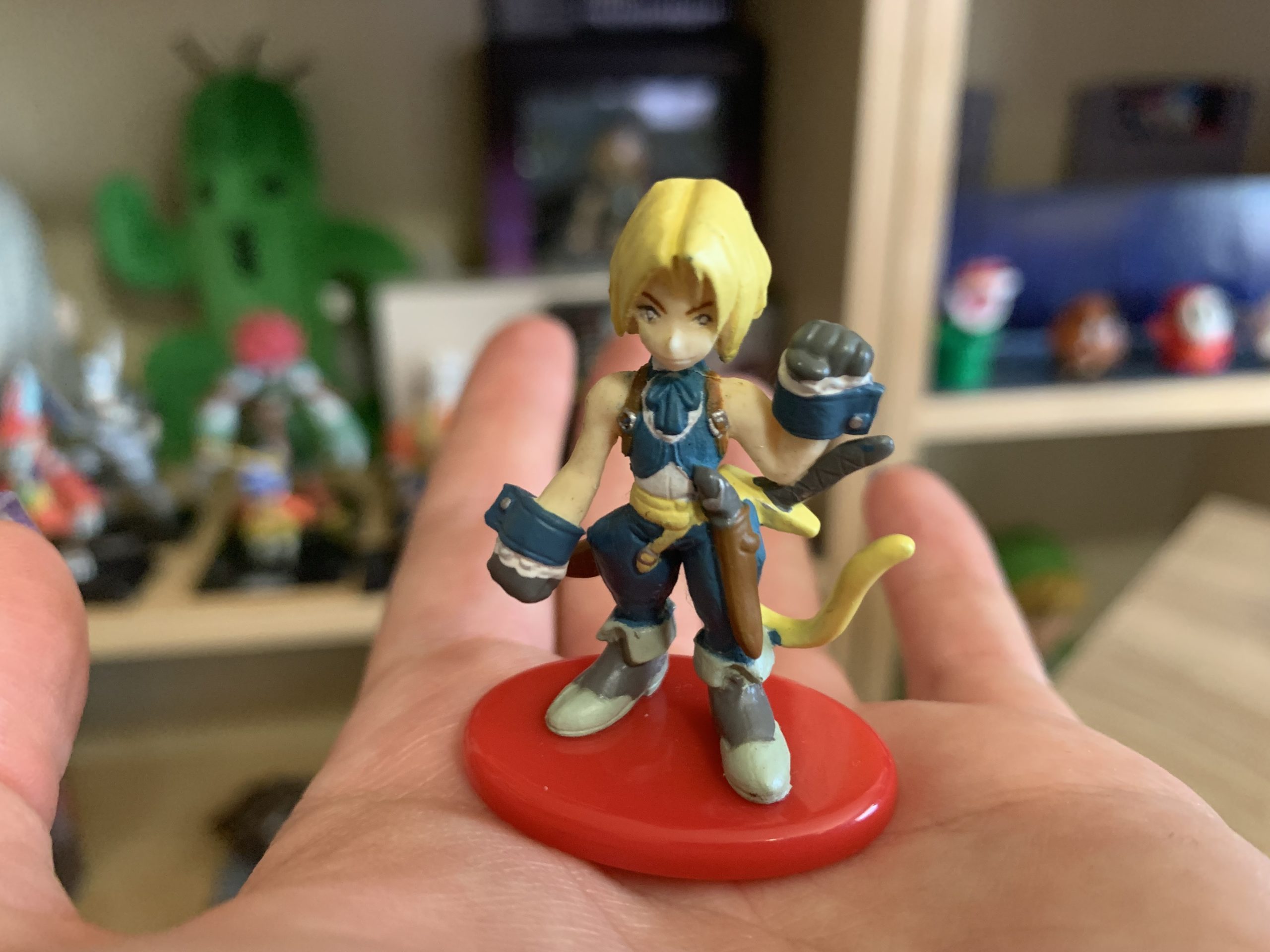 They’re so tiny and cute! But, uh…notice anything?

It wasn’t until I started taking pictures for this post that I realized that a certain someone is, well, missing. 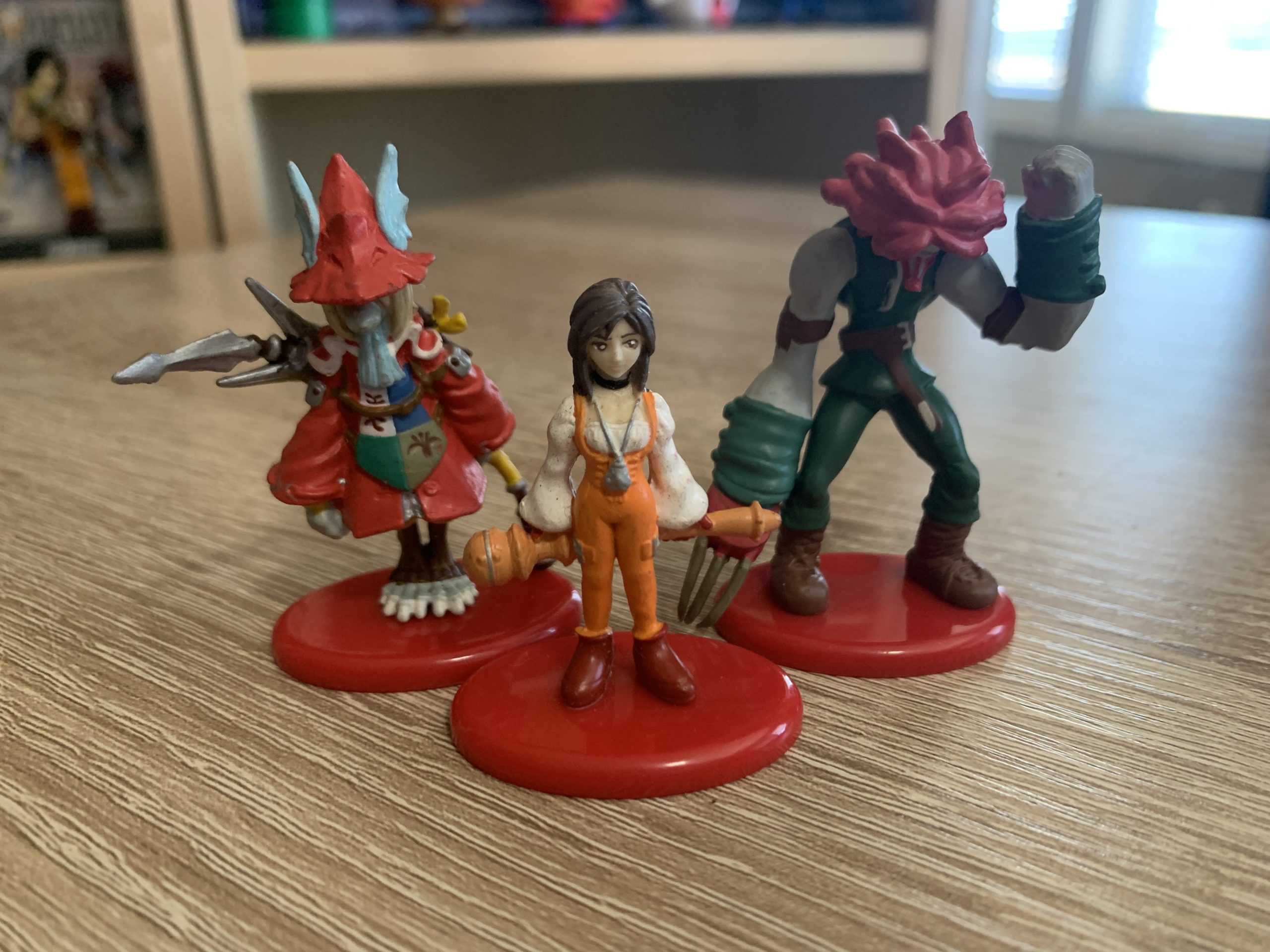 Poor lil’ girl — I mean, Eiko. Nowhere to be seen. Probably somewhere back in Japan wondering where the fuck everyone has gone. But seriously, I’ve emailed the seller and hopefully they’ll send the little summoner soon. Until then, I’ll save a spot for her on my shelf. 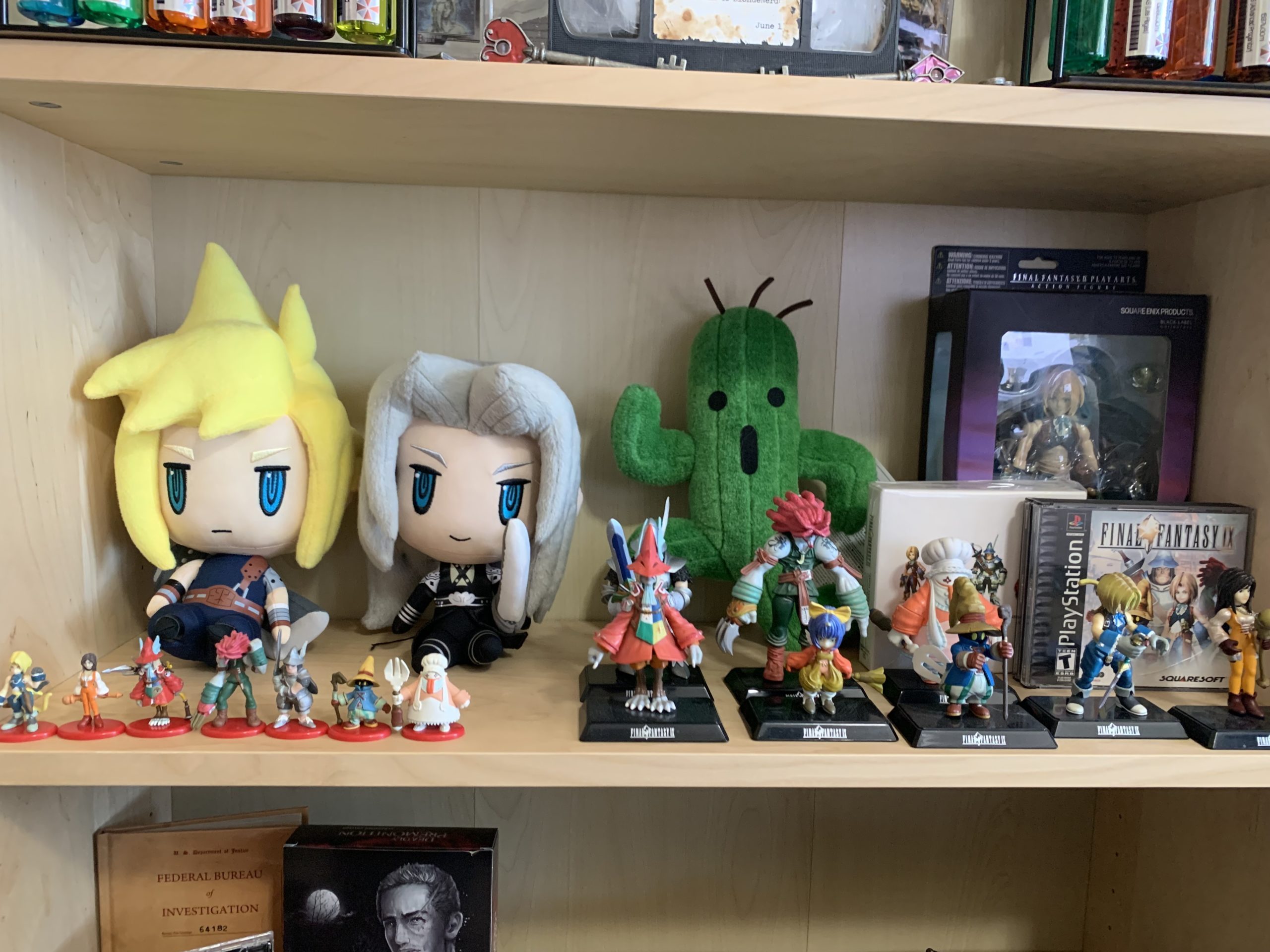 ORRRRR I could also…you know… 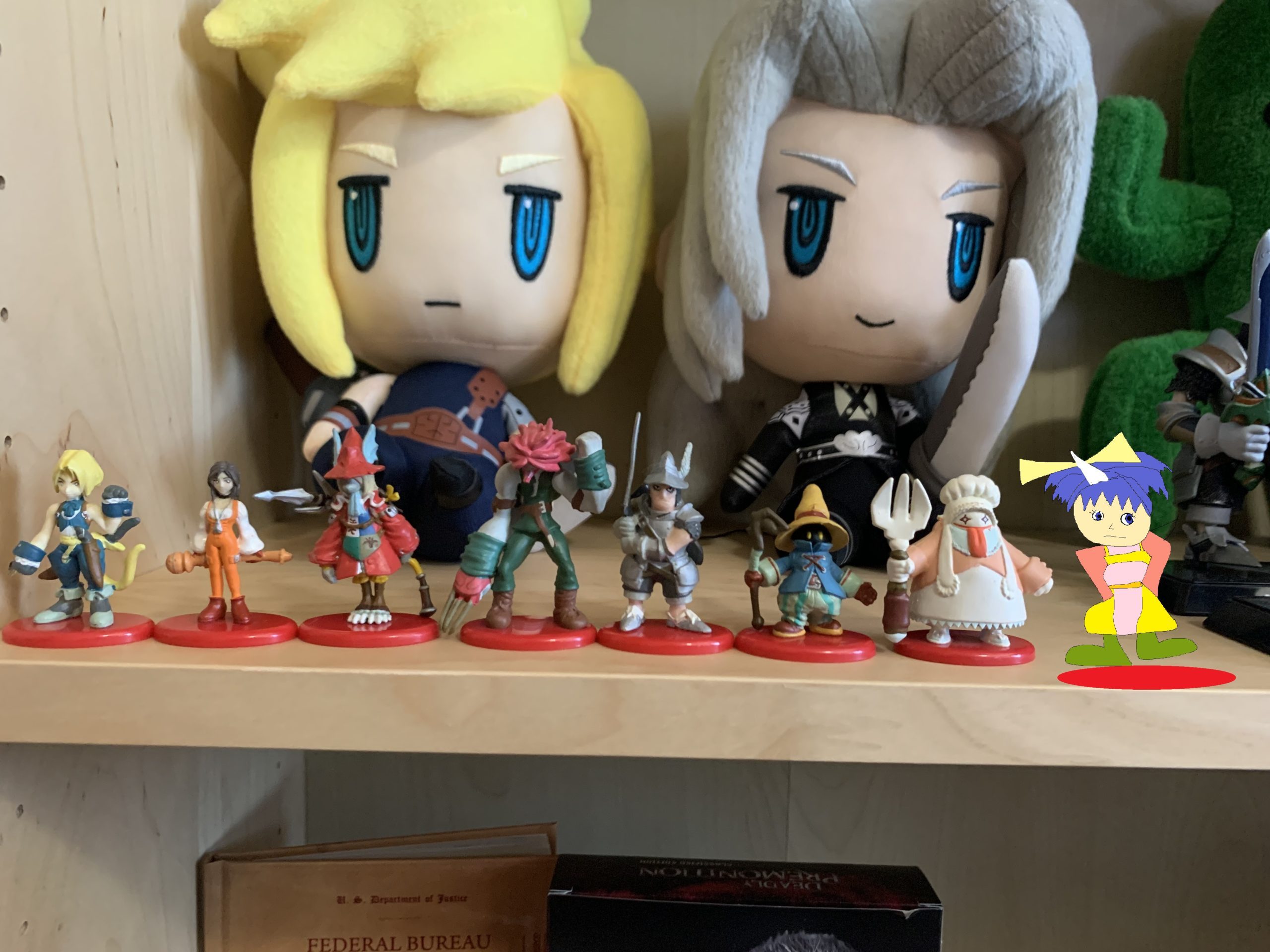