Man, there is just something different about the third day of E3. Despite all of the booths still blaring their fantastical, theatrical huge-ass displays and loud ass sound sound systems the floor feels deaaaad. And not dead as in empty — although I will say the floor is a little less crowded — but dead as in the attendees are barely shuffling around, eyes are glazed over and overall everyone appears to be moving without purpose or direction.

I, too, had succumbed to the E3 Zombie Virus and was also shambling around without much purpose or direction, and thank God for that because my only appointment was with Natsume’s Hometown Story; a very chill, relaxing, typical Natsume-esque game. Juuuust what I needed.

Next up was The Elder Scrolls: Online. I originally hadn’t made an appointment, but after working my brilliant Britt-magic (read: I emailed someone) I was able to go hands-on with the bawlsome (short for balls-awesome) (yes I just made that up) MMO epic  for about 45 minutes. AND IT WAS AMAZING. Seriously, I’ll be buying this bad boy ASAP. Now, whether or not I wait for PS4 launch is a different story…I can’t make up my mind yet! 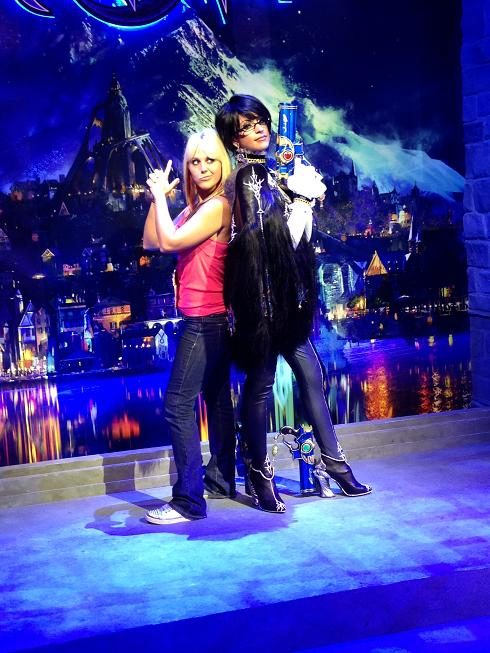 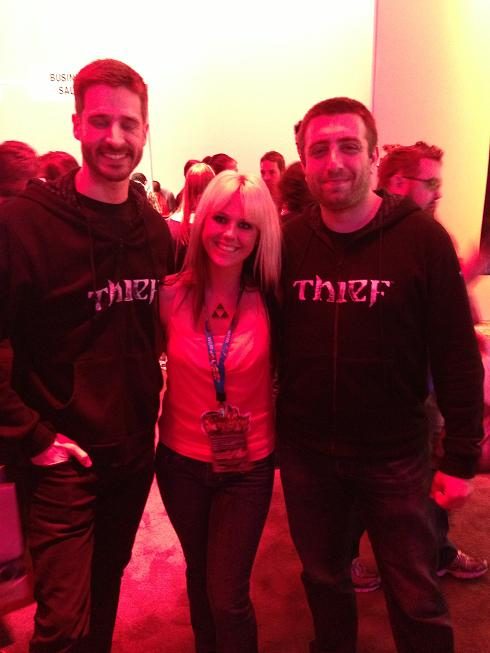 Okay, this was probably one of the most flattering moments of E3. Because I didn’t get into Thief the day before, I tried my luck — again — with media registration. For whatever reason, Square Enix was accepting media appointments that day and after explaining the prior day’s sitch, they allowed me to skip the line of folks waiting for the Thief demo. (I normally would feel bad for doing this, but seeing as I had an unrecognized appointment from the day before…) While I was waiting in line, Daniel — the studly gentleman to my right, who just so happened to be Thief’s lead level designer — out of the blue told me he really enjoyed my website and asked for a photo! WAT. How cool was that?! Because, like, at the end of the day I’m just a chick who loves video games, the industry and (most) everyone in it, so for my shenanigans to be recognized by a member of Thief’s dev team…DAMN SON. Way to boost my ego! ;) But for serious, that was very humbling. <3

Also, the Thief demo was really freakin’ neat. It totally reached around and up my interest meter and  jacked that shit so hard. That’s saying something because generally stealth games ain’t my thang — the anxiety of being a stealthy squirrel eats at me until I finally go ball bustin’ and guns ‘a blazin’. But yeah, I was “ooohing” and “awwwing” during the entirety of the demo. NOW I WANT TO BE A THIEF. 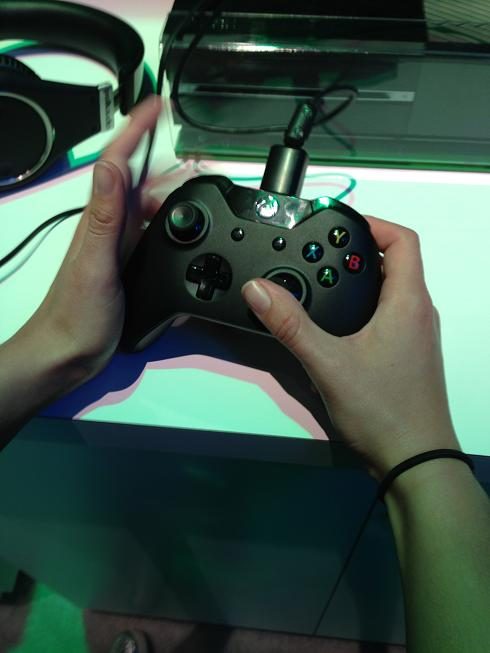 Finally, I touched an Xbox One controller. Believe the hype, guys — this controller kicks so much friggen’ ass. The rumble triggers (or whatever the hell the cool kids are calling ’em these days) are completely legit and offer a feel-good, vibrating sensation throughout your hands (ooooh vibrations.). I fucked around with several tech demos and felt how the controller depicted events such as the rising of a helicopter, the shooting of machine gun rounds, a heartbeat, an engine, etc. After treating my hands to that vibrating goodness I can only hope they are utilized a BUTTLOAD in future Xbox One games. Yeah, they’re that cool.

And with that, E3 2013 was officially a wrap. This was by FAR the most enjoyable E3 I’ve covered. I’m telling you, being able to attend a convention on your own credentials, create your own schedule and write whatever the hell you want  puts another perspective on the entire convention. I learned a lot this year, and hope to attend next year and deliver even more blonde nerdery goodness!

Thanks for reading my coverage and whatnot! Means a lot. <3