I have a new obsession. It’s an addictive, amazing-yet-horrible thing called Etsy.

Now, I know Etsy isn’t anything new to anyone (in fact, that’s where I’m  buying most — if not all — of my Zelda bathroom decorations from) but I’ve never really, erm, spent hours on end just surfing through its wares. Not that I’m doing that now, or anything…I mean…aw, fuck it. I’ve been spending a LOT of time on Etsy and have consequently (in a good way, that is) bought many ‘a thing. 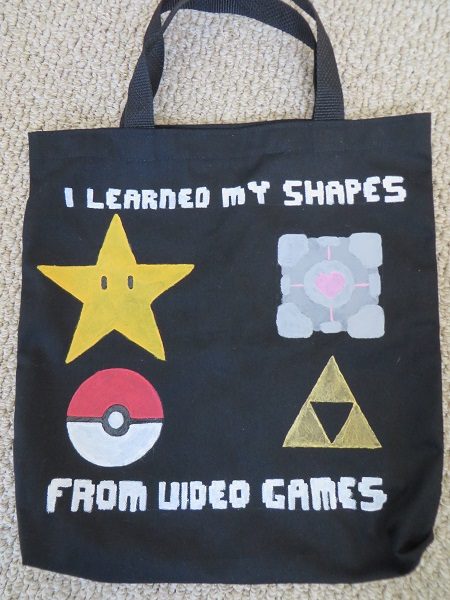 Who doesn’t need a bag stating where he or she learned their basic cognitive skills? Not only does this bag let the world know you’re awesome, it lets them know you haz smarts cuz u kno shapz.

Now THIS is one of my favoritest things lurking in my apartment (you can order personalized ones from DeeplyDapper!) ‘cuz not only is the most amazing key holder ever, it’s going to go perfect with my 8-Bit Mario entryway. WAZZAT? Yes, you read that correctly! I have some pretty radsicle 8-Bit Mario decals from ThinkGeek, and if permission is granted from building management, I’m going to paint a few of the entry walls sky blue and splatter the decals all over ’em. Because…y’know, the sky and shit.

I’ve ordered a few things that haven’t quite arrived yet, but  FAWK IT I’ll show you stock pictures BECAUSE I’M SO EXCITED ABOUT THEM. 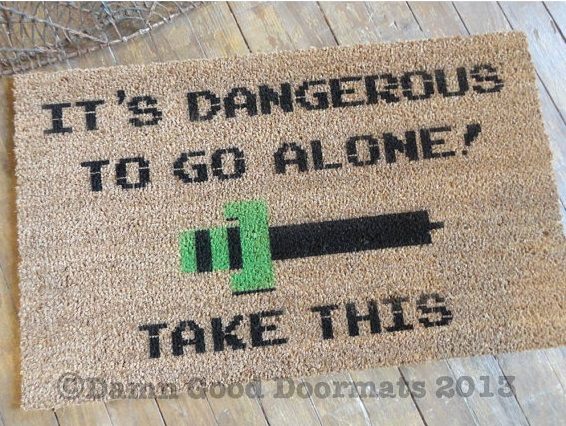 Awwww yeah.  I cannot WAIT to flop this bad boy in front of my apartment door. AND IF ANYONE STEALS IT I WILL HUNT THEM DOWN AND STRING THEM UP BY THEIR TOE HAIRS. AND IF THEY DON’T HAVE TOE HAIRS I’LL STRING THEM UP BY THE HAIRS THAT GROW IN THE AREA WHERE THE SUN DOESN’T SHINE. Consider that a warning, neighbors. 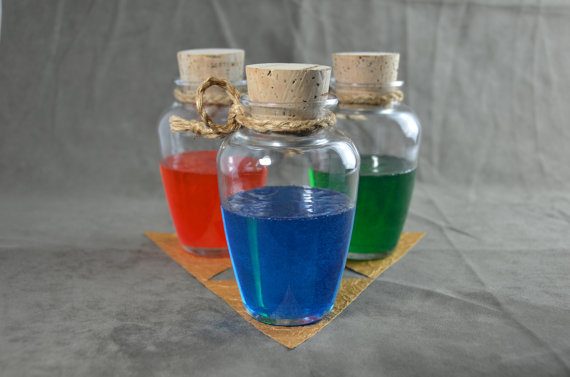 My Zelda bathroom is still a work-in-progress and needs more Zelda-y things about it, so I ordered these potion bottles for a shelf that’s above the toilet. 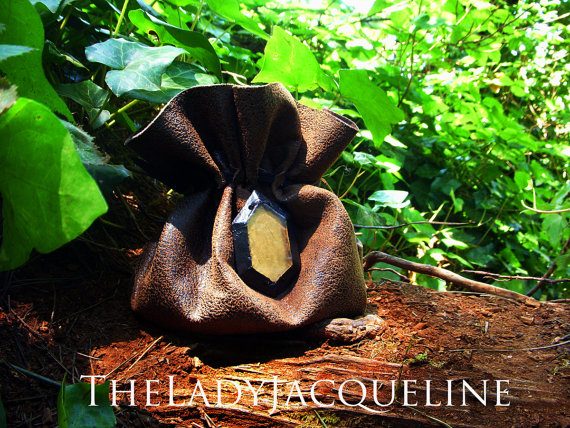 Adding to the list of things Zelda-y is this adult wallet replica! I bought those Rupee soaps, so I’ll lean them against this bag of awesome for an even awesomer scene of awesome. And who knows? Maybe someday I’ll be feeling froggy and will replace my purse with it. I will also carry around lollipops (oh, that doesn’t sound creepy at all) and will give them to every person who recognizes the bag as a reward for being awesome.

So, erm, in case you can’t tell I’m pretty much addicted to Etsy. I’d say it’s safe to expect few more posts of Etsy-purchasery in the near future!

Have you ordered anything off of Etsy before? WHAT WAS IT I WANT TO SEE.