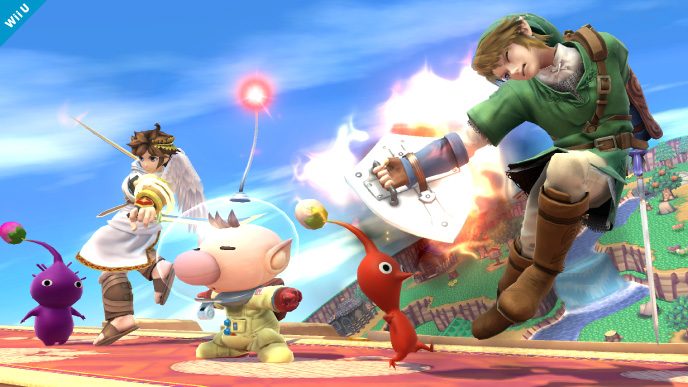 But more importantly, look how studly Link looks. That O face…those…tights…the weird angle of his neck….uh, I’m not doing myself (nor Link) any favors here. But yes, Olimar has been confirmed as a playable character in Smash Bros. And I mean, this thing is called Smash Bros, right? Or is it Smash Bros. Wii U/Smash Bros. 3DS? Actually… I think it’s called Super Smash Bros. for Wii U/Super Smash Bros. for 3DS.  There we go.

The only character I’ve ever had ANY moderate success with is Link, and that’s because I’m clearly biased. Is there anyone out there that can defeat Fox with Link? Like, if we were to take two players of the same skill level and have one fight as Fox and the other as Link, is it possible for Link to win? Because I’d love to see that. You see, I have a friend who always kicks my ass with Fox — granted he’s more skilled than I am — and he claims Fox is simply too quick for Link.

While I ponder ways to prove to my broseph Link CAN defeat Fox, take a gander at the new Smash screens below: 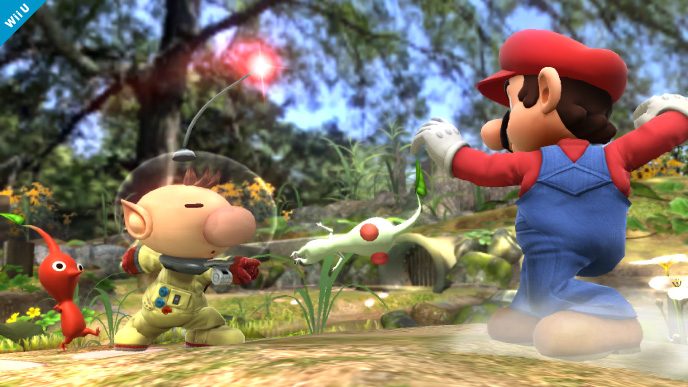 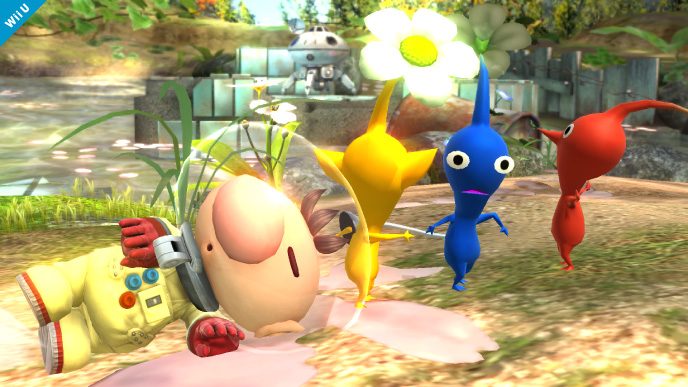 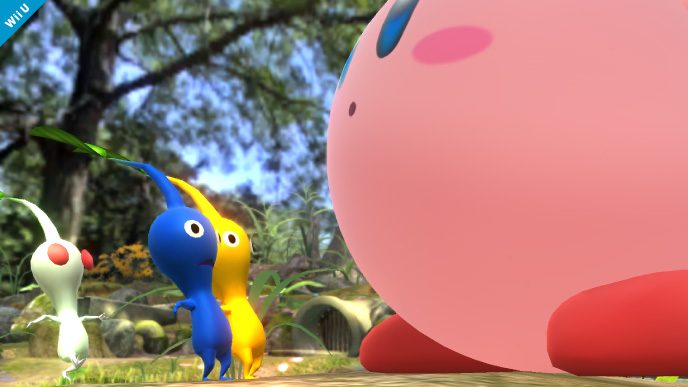 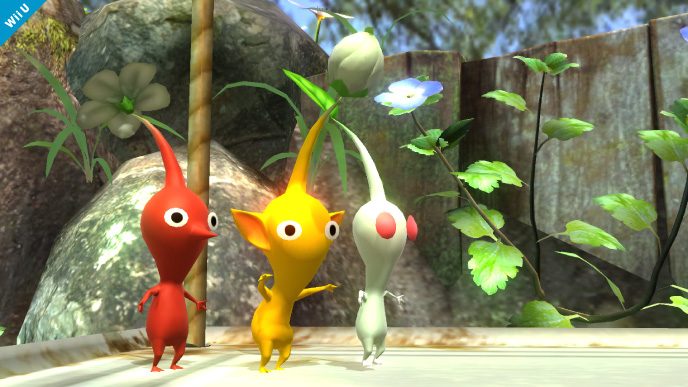 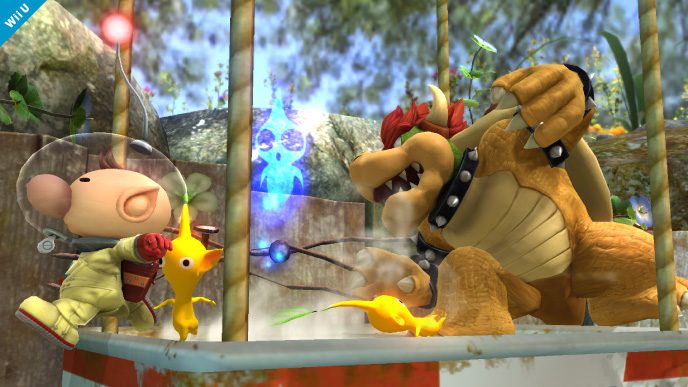 Who’s your favorite character to play in Smash?