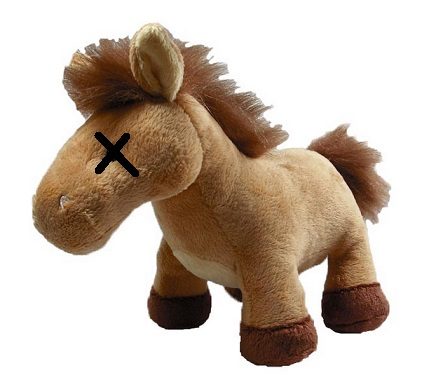 OHAI GUYS! See that dead animal on the ground? That’s called a horse, and today we are going to kick it.

Today’s hot topic of conversation is in regards to Nintendo’s numerical forecast of hardware and software selling-ness. AKA their sales forecasts. (Although I personally think the boiling topic of the day should be about this amazing Alistair portrait, but per the norm, I digress.)

So, in a nutshell: 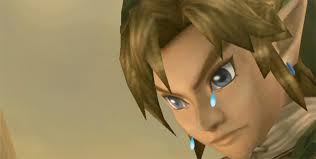 Ouch, right? Those numbers aren’t that hot (in fact I’d say their Frieza-cold) especially when you look at these numbers: As of September 2013 the Wii U had sold 3.91 millions globally since its launch in November 2012. The PlayStation 4 has been on the market for a little over two months and has already sold 4.2 million units. The Xbox One, which launched a week after the PlayStation 4, has sold over 3 million units.

Sadly, this isn’t surprising anyone. I think the majority of folks saw this coming miles and miles away. Shoot, I (and many others) saw it coming before the Wii U even launched. The marketing, well, left much to be desired, the name needed to, like, not happen and the software lineup needed to be strong and fierce going into launch. Sure, New Super Mario Bros. U was a…a thing, but I specifically remember sitting in the audience during the Wii U’s unveil and thinking to myself, “Damn, Nintendo. I don’t know WTF this thing is you just showed everyone but now’s your chance. Show everyone who has doubted that you’re still a player in this how wrong they are. Launch your killer next-gen system with a 3D Mario, Zelda, Metroid, Pikmin, Donkey Kong —  pull out ALL of the big guns AND BLAST YOUR AWESOMENESS IN OUR FACE HOLES.”

I’m not saying my logic was perfect, but whatever Nintendo did, it sure didn’t blast its awesomeness in our face holes and now we find ourselves staring at these ugly, ugly numbers. And it makes me sad because there really are some fun games on the Wii U. In fact, I am a fan of my Wii U. Suuuure I’ve only played one, maybe two games on it but I still proudly wave my “I LURVE NINTENDO!” fangirl flag around because dammit I DO LURVE NINTENDO and those few games I’ve played have been wonderful. But with such a small install base, software sales are bound to be limited.

“Pokémon X & Y sold 4 million units in the first two days against an install base of about 35 million. That represents just over 10 percent of 3DS owners. Donkey Kong Country: Tropical Freeze will release on February 13 in Japan and February 21 everywhere else. For it to sell a similar number of copies worldwide by the close of the fiscal year, it would represent an attachment of nearly two-thirds of Wii U owners. That’s simply unreasonable.” – Mike Futter, Game Informer 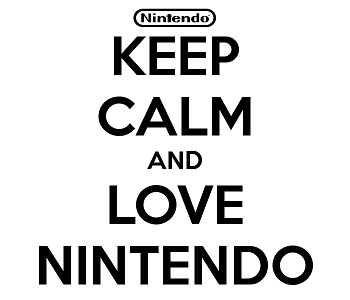 So now what? Instead of lamenting over the numbers and the sadness, it’s time to innovate. President Satoru Iwata has broken the silence and admitted they’ve screwed up.  ‘We failed to reach our target for hardware sales during the year-end, when revenues are the highest.”

“Given the expansion of smart devices, we are naturally studying how smart devices can be used to grow the game-player business. It’s not as simple as enabling Mario to move on a smartphone.”

Er….while I don’t know about taking that route, I’m happy to see there is finally some admittance of fault. THE FIRST STEP TO SOLVING A PROBLEM IS ADMITTING THERE IS A PROBLEM. Now, I want to start seeing some awesomeness in our face holes.

What do you think Nintendo should do to grow their install base? I don’t think it’s as simple as launching specific games. Sure, Smash, Bayonetta and the next Zelda will definitely boost sales, but do you think those games are going to convert the “average” gamer (I HATE THAT TERM) into a Nintendo fan for life? If not, what needs to happen? Better online support? Better e-shops? Perhaps a subscription service for unlimited classic downloads?

Let me know what you think below!