Like I predicted, Zeke done fucked up, and in more ways than one.

First of all, he left his post at the police station and Alden was recaptured. Okay, stupid move, but it wasn’t a personal attack on Cole. It was more him trying to “prove” himself as being someone worthy of respect from the public. Afterwards Trish called and said Zeke had stopped by the hospital; he was pretty upset and kept mumbling about the prison or something. 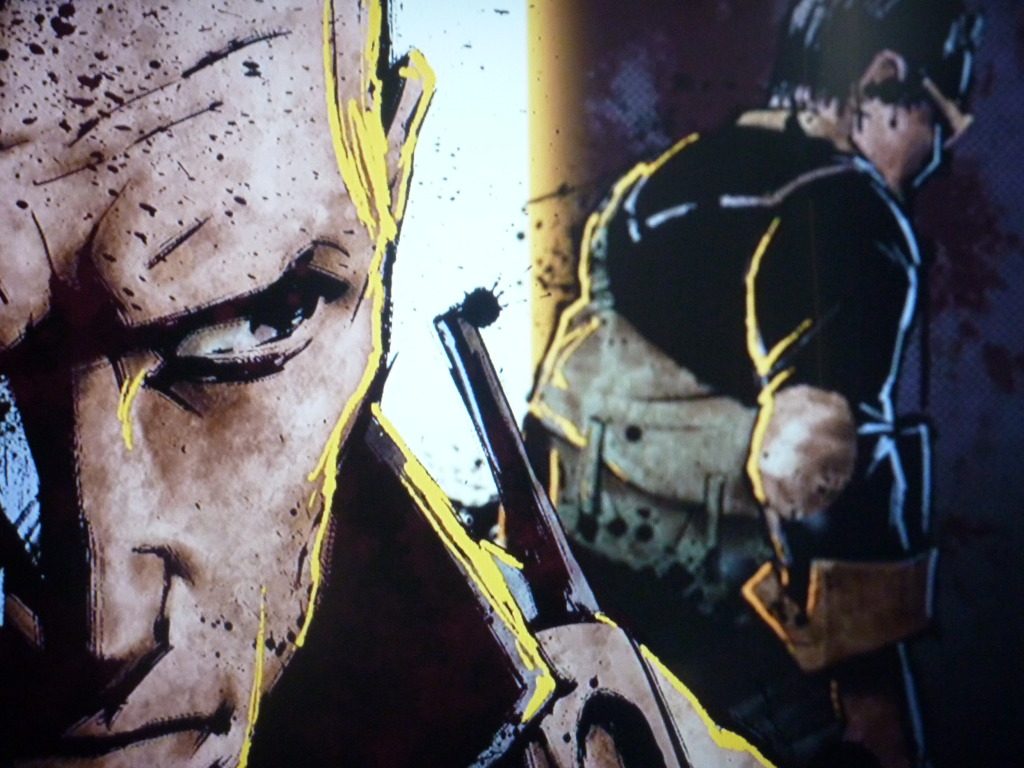 I gotta admit, if I didn’t know Zeke had another card up his sleeve (that he was destined to unveil sooner than later) I would have taken a liking to him right then and there. Sure, he effed up, but my guess is that I would have come to the conclusion that he was sincere in his actions; that he was just trying to help and better himself—even at the cost of others. Foolish, but sincere. (Although you could tell by the tone of Cole’s voice while he was talking to Trish that he was still very upset with Zeke.)

Oh, and on semi-random note, I restored power to the last section of the Warren. And for some weird reason I love it when does that thing he does with the electricity. 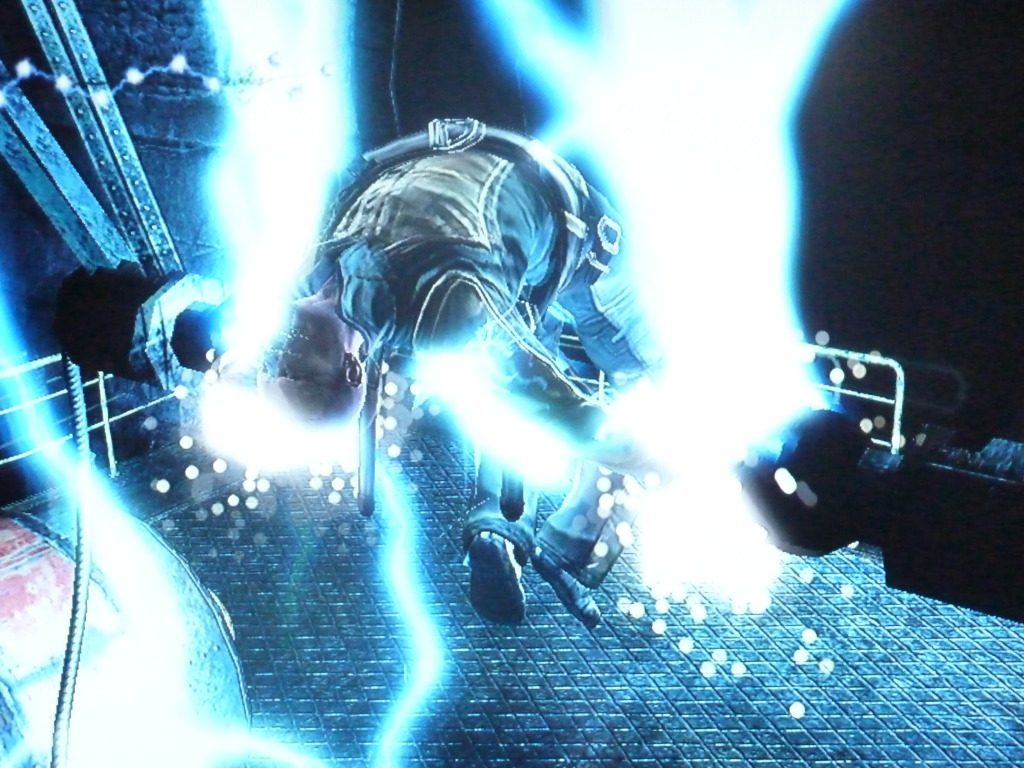 Also, I fully upgraded my shock grenade. I felt like the biggest doosh ever when the blast accidentally arc restrained this person. HE SHOULD HAVE RAN AWAY FROM THE GRENADE DAMMIT. 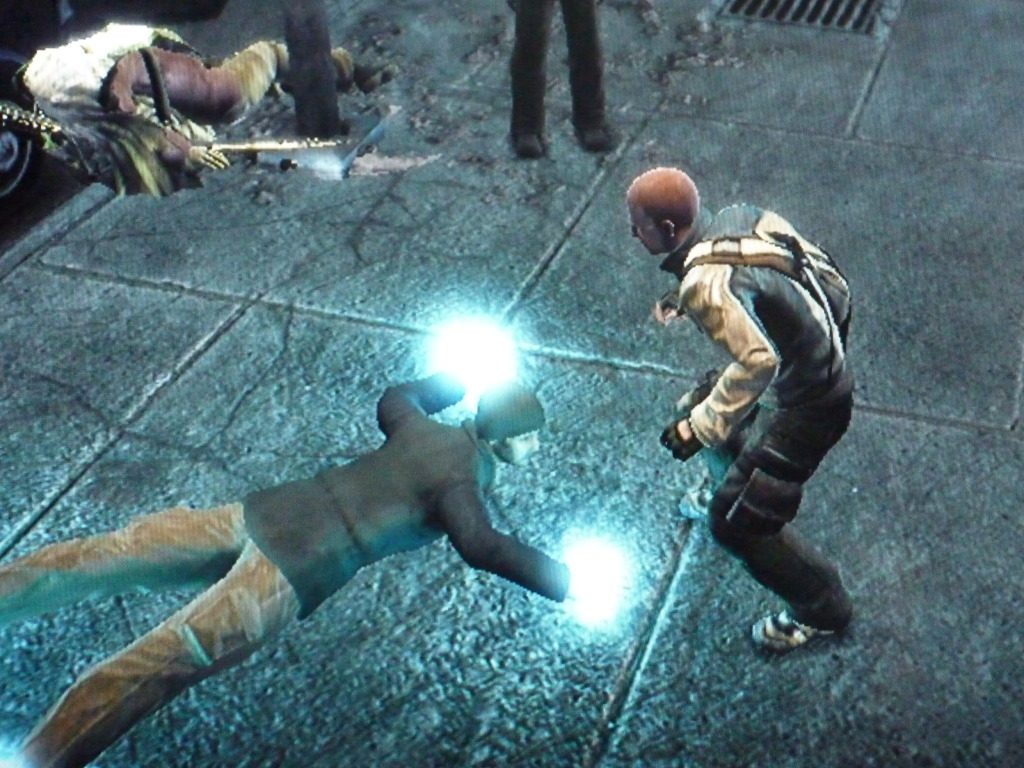 Not long after, John contacted me. He wanted to meet ALONE. Cole called Moya (which kind of pissed me off….I still don’t trust her) and told her what was going on. She seemed genuinely enthused about the news. Hmph. I even made a prediction before I went to meet up with him. 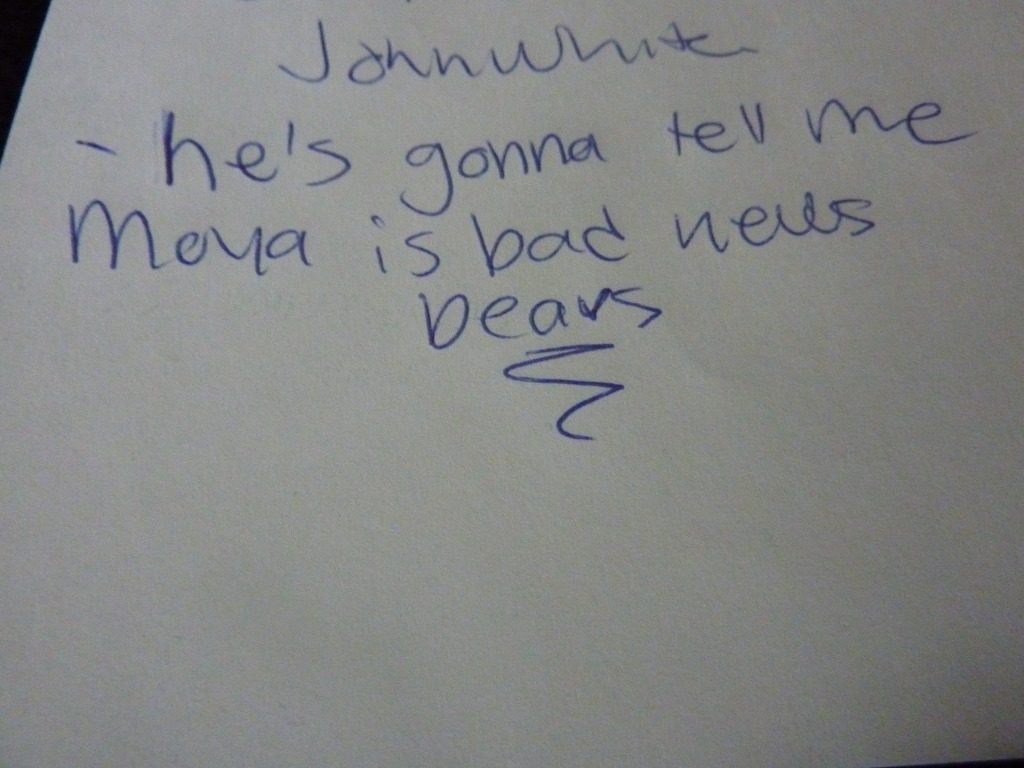 Anyway, when I was arrived at the meeting location John was nowhere in sight, but The First Sons just happened to be looking for him as well (but in a helicopter. Cheaters). How they found out about our proposed meeting is beyond me. Maybe they heard the radio transmission, or maybe MOYA TOLD THEM. Anyway, I followed their helicopter and found John. I blew some shit up, and he dropped some knowledge. 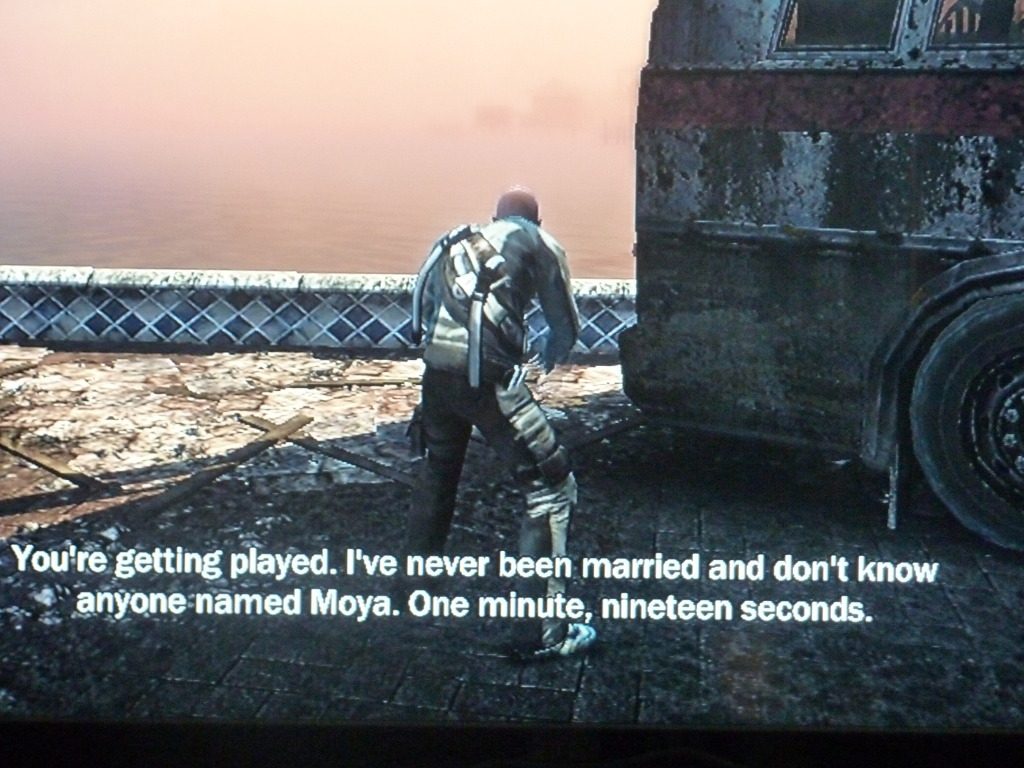 Greeeaaaat. Moya later said John’s transmissions were coming through only as static, and when she calls me, the phone doesn’t connect or some shit. Is John the bad guy? Is Moya on the right team and John is trying to place me against her? DID HE LOSE HIS MEMORY!??! Ahaha. SO many questions.

After hearing the news, Cole didn’t know what to do, so he called his BEST FRIEND EVER, Zeke, to assist him in locating the Ray Sphere on top of Alden’s Tower. And here, my friends, is when I knew Zeke would do something to royally fuck me over. So I climbed the tower, killed Dustmen, yadda yadda yadda.

Finally, we ran into Alden. While I was fighting off the bad dudes, Zeke took the Ray Sphere away from him. GREAT, right?! Well then Kessler showed up, and Zeke was sandwiched between the two. 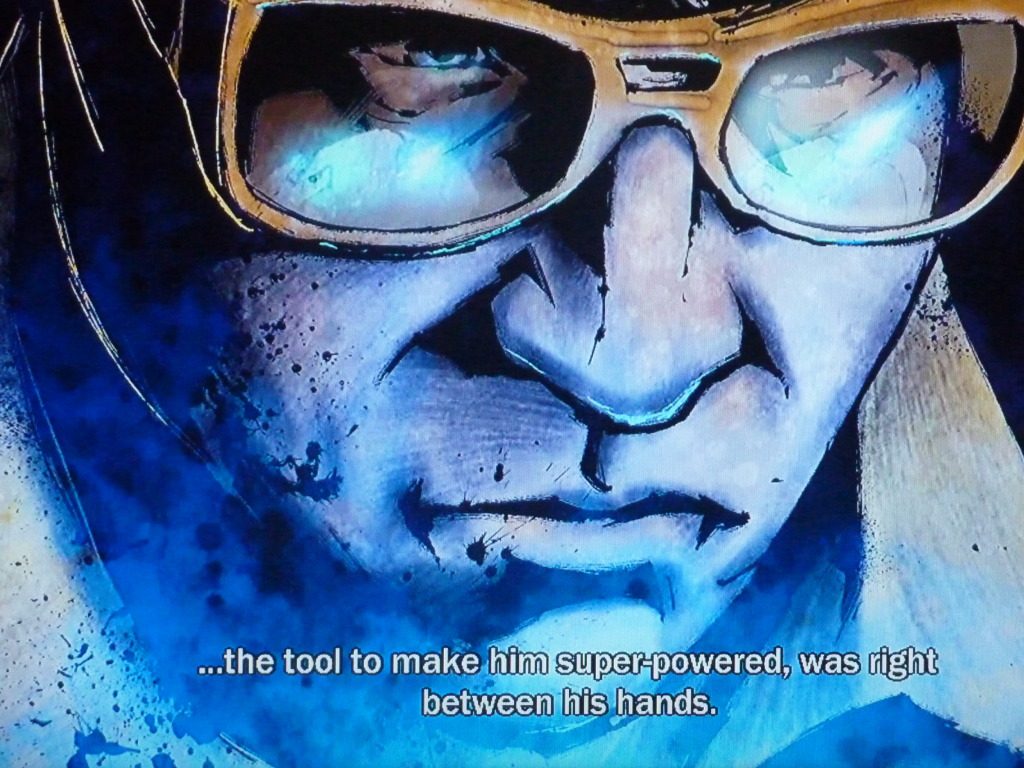 “Right here,” I thought, “is where he’s going to betray me.” On cue, Zeke tried activating it–which, you know, would cost thousands of lives. No big deal–but oddly enough,  nothing happened. 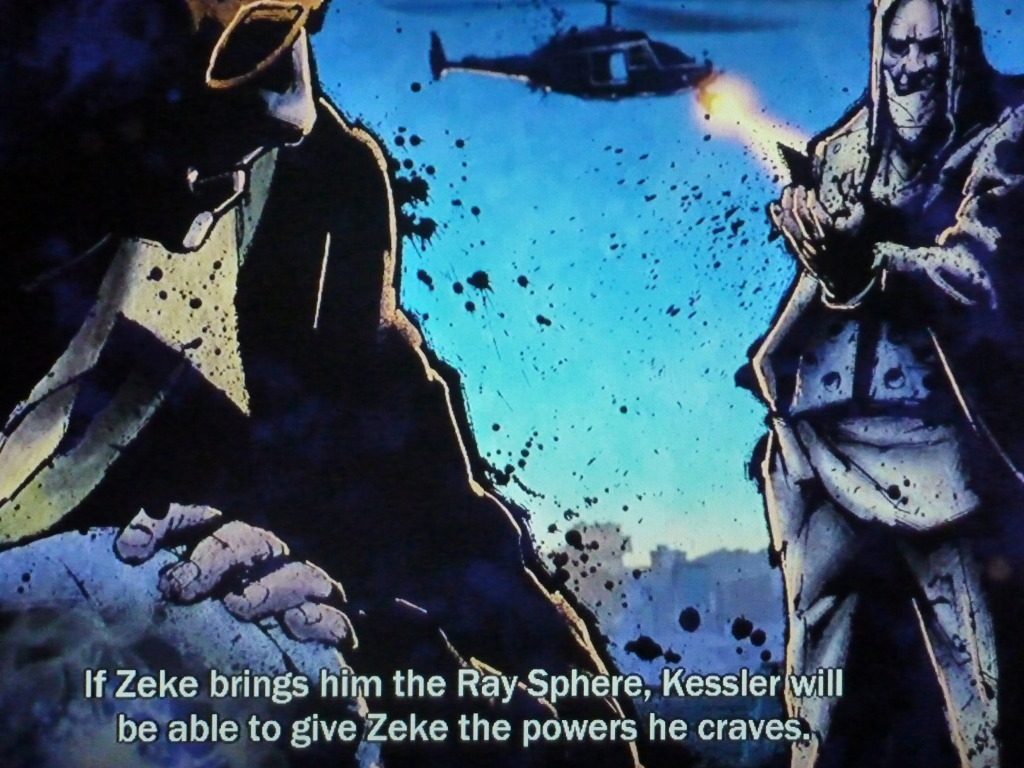 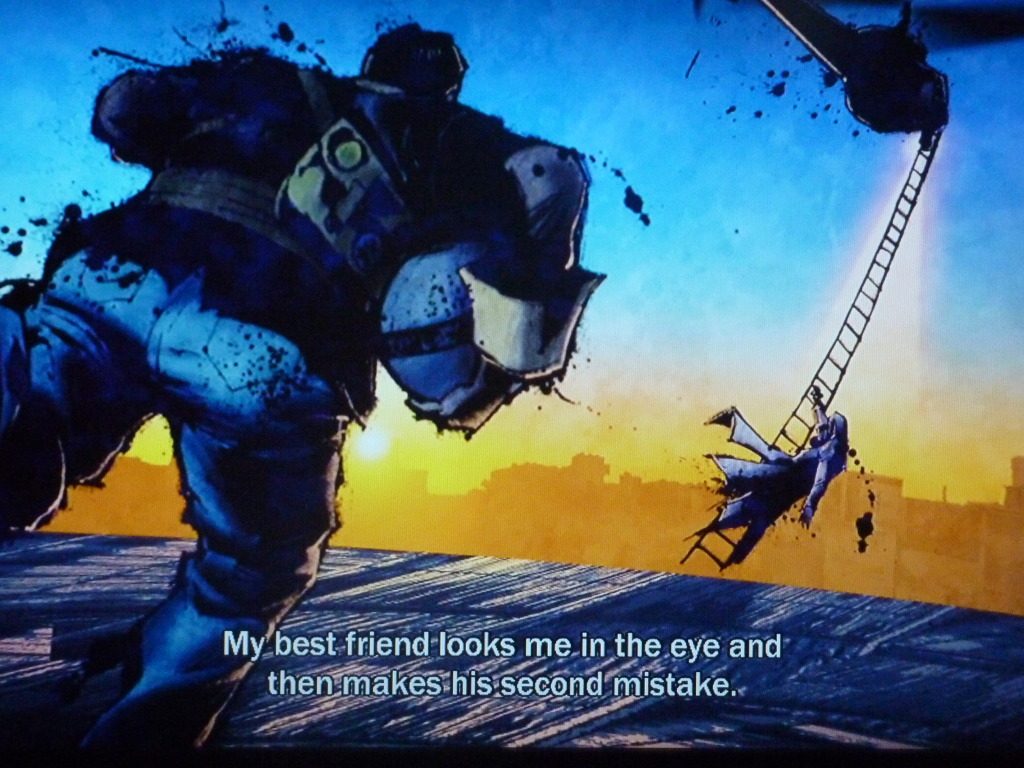 THERE YOU HAVE IT, FOLKS. Ugh.

Yeah, I saw this coming from a mile away. I always knew he craved power, or something that would at least allow him to stand out from the rest. Had he been granted those powers initially, I assume he would have used them for the greater good (or at least I’d like to think so), but now that he’s with Kessler, I’m afraid he’s going to be a little bitch and do something stupid…again.I don’t think Zeke really knew what he wanted, or that he had thought things through. If he had, I don’t think he would have hesitated; he would have activated it as soon as he got his hands on it.

But anyway, I JUST made my way into the Historic District. According to Cole, “Things are coming to a head.”

WOOHOO! Can’t wait to finish this one and move onto the second. >)