ajdkfjakdlfjakd. I used to fantasize about that shit ALL of the time when I was younger. Whenever my parents deemed I needed “outside” time, I’d head to the backyard and imagine I was in Mushroom Kingdom. The clouds had eyes, the hills were those weird green tall things, and had to defeat Goombas, Koopas Troopas, Spinies  — hell, I would place pieces of bark on the ground and pretend they were Goombas. And yes — you best believe I jumped so hard on that bark.

The back door leading inside my parents’ house is about three feet off of the ground, so when they had their old back porch torn down (awaiting a new one to be built) the door was kinda…floating. In my head it looked like one of these: 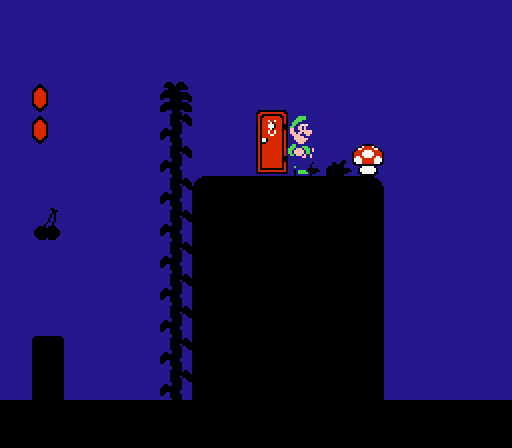 I’d leave the back door open (which angered my mom and allowed bugs in)(I mean, it’s not my fault they decided to live in the boonies) and would constantly crawl up and into the dooway, jump down, crawl back in, etc. while making the best jumping sound effect I could.

MAN. Those were the freakin’ days. Now all kids do are play video games. Sheesh.