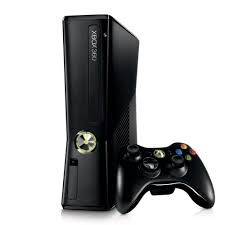 Crytek’s free to play online shooter is coming to Xbox 360 in 2014, and it will still be free to play. It’s a free, quality game for Xbox other than World of Tanks- who would have thought? This sounds too good to be true! Because you will still need an Xbox Live Gold subscription to access the action. Oh well, it’s still free, sort of and Warface is a pretty decent game with solid graphics- so we won’t complain too much.

Microsoft is definitely pushing the free gaming aspect of their ageing console and the announcement that Warface is coming in 2014 gets me all fired up. It seems that free gaming may become more of a thing now, with gaming apps for Android and Apple hitting the market at warp speed. Since you can already get the best mobile slots at MobileSlots.net and a massive amount of other free, mobile compatible games Microsoft needs to work out a way to make their consoles more attractive.  Who’s with me on thinking that a second free game might be the beginning of a LOT more?

If you have been living under a rock and don’t know what Warface is about, its pretty simple. It’s a military shooter set in the future with 4 levels of co-op missions and regular PvP play. It’s a tad bland and follows the usual FPS game play but hey, it’s free and the graphics and AI are decent from what I’ve seen.

The whole idea of free to play, or as it will be in the Xbox 360 version of the game; free to play IF you have an Xbox Live Gold subscription has a bit of a bad image and Crytek CEO Cevat Yerli had to step in and defend the model last year, saying that he knows the games have a bad image and are usually low quality, but that they were trying to change that and by using the CryEngine 3 for Warface they hoped to put  a new spin on free to play game rep.

I’ve been curious as to when consoles would catch on to the whole free gaming thing and will definitely be trying Warface on my Xbox 360. What you think, will you give it a shot too?