I’ve admittedly slacked when it comes to the Final Fantasy series, and this whole Lightning saga, for the most part, has completely dropped off of my radar. It really makes me kind of a sad human being because some of my fondest youngin’ gaming day memories stem from Final Fantasy.

But this isn’t a “woe is me” Final Fantasy-esque post, rather it has something to do with Lightning Returns: Final Fantasy 13’s doomsday clock. I suppose the best way to describe this thing is as a…well, a doomsday clock. During the game the doomsday clock (TAKE A SHOT EVERY TIME YOU READ DOOMSDAY CLOCK) will be constantly ticking to the tune of a 13 day countdown, during which players have to “accomplish certain things” within the time frame to beat Lighting Returns. While I wouldn’t be super thrilled with that feature (more on that in a second), all of this time/doomsday clock mambo-jumbo allows developers to do some fun stuff with in-game characters.

“The characters inside the game will live a life according to their 24-hour clock.”

And I think that’s super cool. I’m all for making my in-game friends as realistic as humanly possible. Assigning characters unique actions/lifestyles absolutely fuels mah realism fire, so I’m all about it; it turns my crank; it flips my switch. (If you’ve ever played the Harvest Moon series you’re probably familiar with this concept, and although basic, I remember appreciating the shit out of it.) 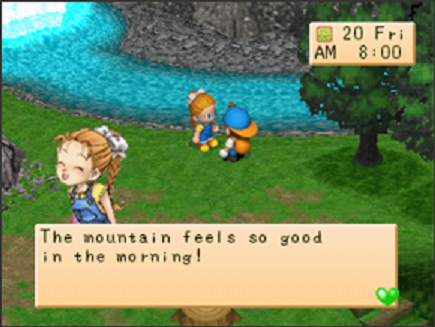 Delegating one-off, special “lives” (or whatever your want to call them) to characters requires a LOT of work and planning, so I commend Square Enix for this and I’m quite interested in seeing how in-depth they can make these schedules. (Y’know, moving characters from one location to another every other day or every few hours ain’t that impressive, but I think they’re gonna push it farther than that.) But here’s when my upside-down frown flips a bitch: According the video, “The clock limits the time that players have to accomplish certain things in the game. To beat the game you have to do these certain things in 13 days.”

Bahhhh. Okay, if there’s a doomsday clock (SHOT!) it’s pretty evident you’re going to be timed. But, like, BAHHH!

Personally I’m not, nor have I ever been, a huge fan of anything where I feel way pressured to rush through a segment. You know, being TIMED. But let’s say during the course of the game some seamless timed segment pops up, like a “HOLYSHIT!” need to escape from an exploding laboratory (THANKS UMBRELLA) I’m cool with it as long as, again, whatever timed segment it is fits with the story and doesn’t feel like a cheap challenge booster.

But from the sound of it this entire game is going to be timed. Therefore my first *obvious* gut reaction is to be all, “EWWW THE ENTIRE GAME IS TIMED GET AWAY GET AWAY GET AWAY!” But on the other hand, I totally dug Majora’s Mask. Of course that was, erm, after figuring out I could easily redo the days. I guess my biggest concern with this system – and honestly it’s not like I have the biggest right to bitch and complain because I will likely never play this game – is my time is pretty limited, and after I wrap something up I don’t have much desire to fire up a second playthrough. I want to experience EVERYTHING I can on the first run. But what if I miss a crucial aspect of the game? I already know I’m going to feel pressured as hell, so I can’t imagine I’d be able to sit down and relax knowing that big ol’ clock is ticking down.

Now, whether or not this doomsday clock in Lighting Returns is going to be a you-better-bust-your-ass-broseph-timed or a psssh-don’t-worry-that-clock-is-really-just-there-for-effect-timed remains to be seen. That could make a world of difference for yours truly.

I’VE SPILLED MY HEART. I want to know what you think of this lil’ feature. Are you a fan of it? Do you think it’ll add a fun twist on the series? Let me know!