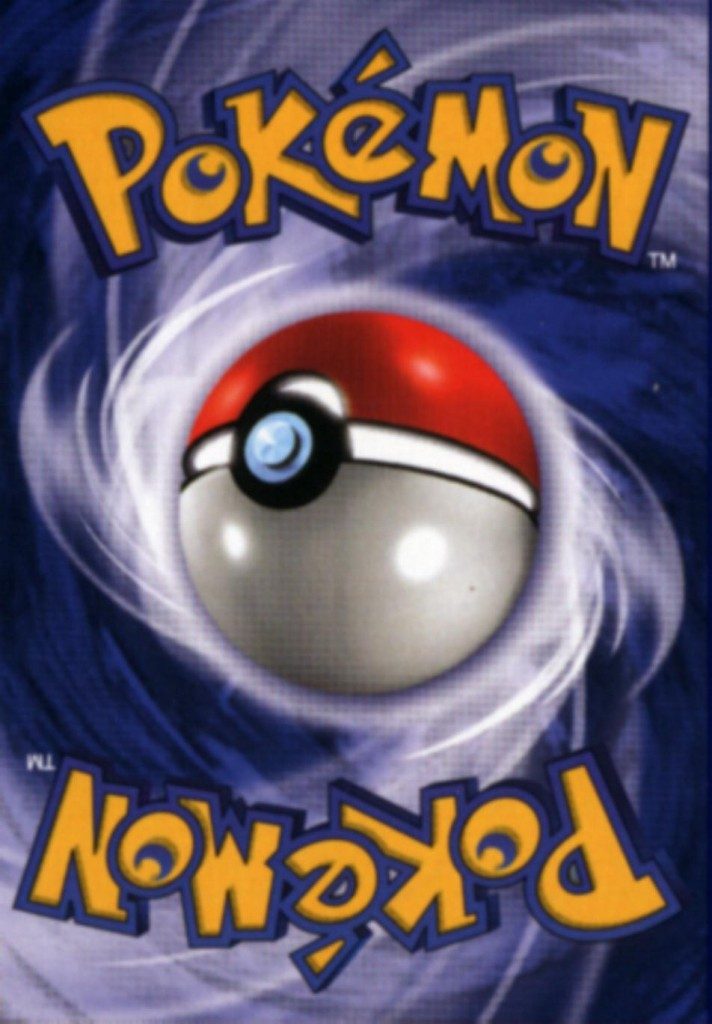 It was supposed to be a standard trip to Target. I had a prescription to pick up; my broseph was along for the ride.

Seeing as I’ve been playing Pokémon Blue lately, I’ve really been itching to get back into the Pokémon card scene, so while waiting for the aforementioned prescription to be filled we decided to see if Target sold Pokémon cards. No more than five minutes later we found ourselves gaping at this GINOURMOUS wall plastered with all sorts of trading cards – and the Pokémon section took up at least a quarter of it.

Okay, so what the hell? Last time I bought Pokémon cards you had three options: Base Set, Jungle and Fossil. Simple. But looking at and analyzing this wall of Pokémon at Target was uber confusing — on top of a kajillion different box and trainer sets, there was Black and White: Mobile Victories, Black and White: Next Destinies and Black and White Emerging Powers.

HOW DID THINGS GET SO COMPLICATED OVER THE YEARS?!!

But at this point we both were craving that sweet feeling of nostalgia, so we…uh…decided to be “reasonable” and purchase one of each. 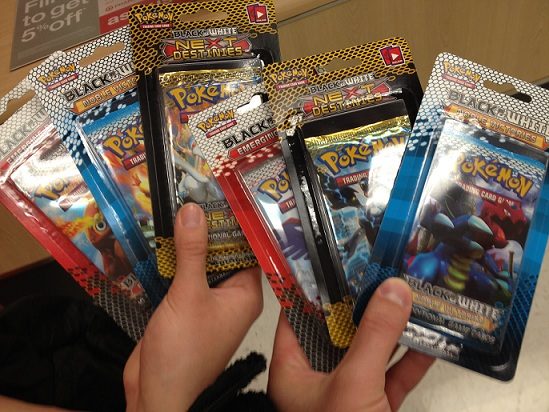 And here’s the thing: we have no idea who any of the Pokémon are in Black and White. NONE. But either way, while opening these cards a similar taste of that sweet nostalgia flooded over me – that sweet smell of freshly opened cards, the anticipation of finding a rare holo (speaking of…I ONLY GOT ONE AND HE GOT, LIKE, FIVE. Since when are multiple holos included in packs?!), comparing your cards to your buddies….

But now I’m addicted. I can’t wait to put my 30 new cards into my binders at home. And then I want to purchase more. And more. And more, until I have them ALL!!!