While I’m waiting for my PS3 controller to charge (HNGGGGH) I thought I would share the above photo with you. I…I don’t even know what to say right now. I think I will Google “Ugly Pokémon” and see if I can find any more photos.

…OH SNAP! (Edit: I just realized that’s kind of a pun, seeing as I’m talking about Pokémon and I said “OH SNAP!” because, you know, Pokémon Snap…? Right. Nothing else to see here, kids. Move along.)

As expected, the above photos popped up when I searched for “Ugly Pokémon”, but I found out that some of the ugly mofos above are available for purchase! 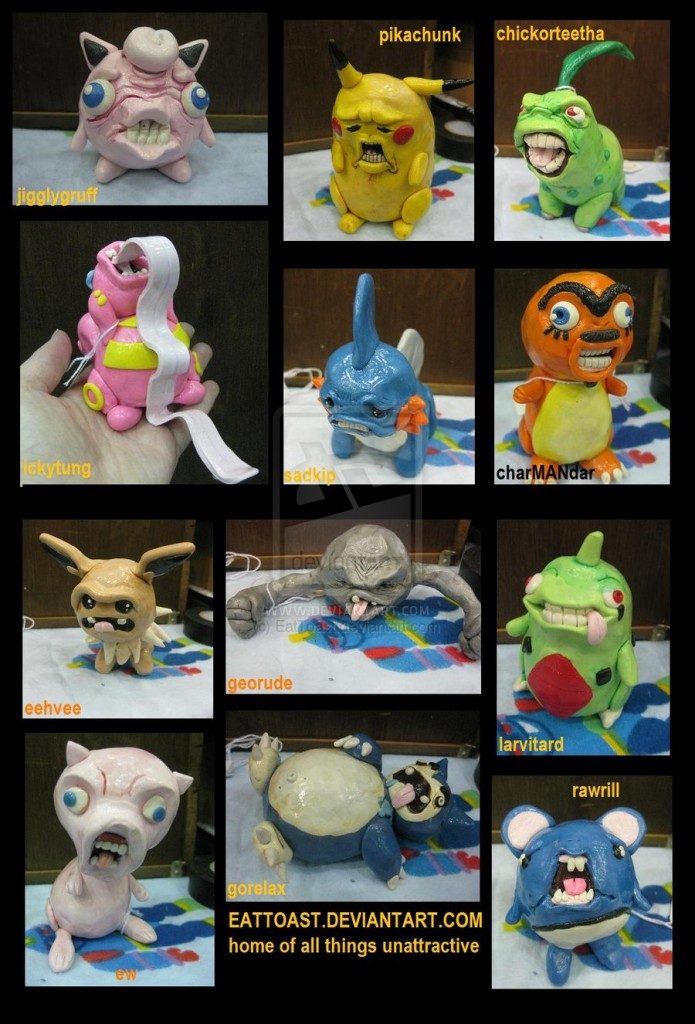 So, um, if this is the kind of stuff you’re into then, well hey, there you go. Personally — oh, God. I just  took one look at that Mew (bottom left corner) and just lost my train of thought.

Uh….right! What I was about to say was I wouldn’t mind having one or two of those ugly bastards in my Pokémon shrine. I think they would make a nice addition. I’d have to look into small paper bags to cover their faces, though — I don’t think I could stare at those all day.