Now that I had the means to escape Coldridge Prison I had to learn the basic skills of life — aka how to kill my enemies and/or render them unconscious. The text above is kinda small, but in a nutshell it says “OHAI! This is Arkane Studios telling you that if you decide to kill everyone in this game you will receive a dark ending and people will be all emo and stuff. But if you take your time and  render enemies unconscious therefore NOT spilling blood people will be happy and your ending will be just swell!”

I love a warm and fuzzy ending just as much as the next person, so I promised myself I would put forth a great effort not to murder, like, everyone I saw. Yeah. Ask me how that turned out. ::grumble grumble:: 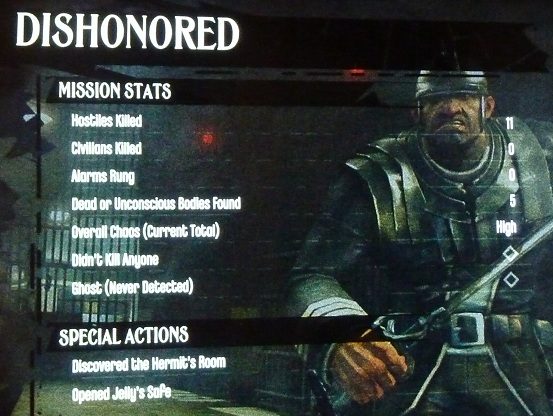 After my first mission I killed 11 people and only knocked five of ’em out. IT’S NOT MY FAULT THEY CHARGED ME. Self-defense made me do it. Anyway, I managed to escape Coldridge and caught a ride with my good buddy Samuel. Oh, Samuel. You’re so…weird looking. Kind of ape-looking, actually. Hmmmm. ::tilts head:: Yeah. Maybe chimp-ish.

In any case, my monkey friend Samuel ferried my ass to the Hound Pits Pub to meet a group of folks opposed to the illegal reign of the Lord Regent. This group, The Loyalists, was headed by Admiral Havelock and his creepy-ass partner-in-crime Lord Treavor Pendleton.

Okay, hold it right there. Look how CREEPY Pendleton is — and for fuck’s sake, with a name like Pendleton that’s just a no-brainer. I mean, he might as well be walking around with a “I’m gonna turn on yoooou laaaa-deeee-daaaaa!” sign all across his front, back, ass, forehead….just saying. Anyway, I later had the pleasure of meeting  Piero Joplin who bestowed upon me an ugly-ass mask as a welcoming present. Thanks, brah.

After meeting everyone Corvo went upstairs to get some well-deserved rest. I mean damn. Poor dude had been through a lot. BUT EVEN SLEEP WASN’T GOOD TO CORVO. Oh, no. You see, during his rest he ended up being visited by the Outsider (who I, admittedly, found attractive. What a surprise!) and Corvo found himself in some weird Dragon Age-esque Fade environment, which is called “The Void” in Dishonored. 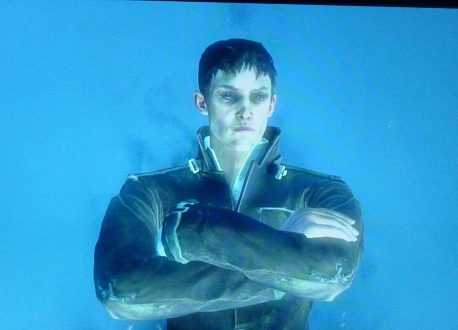 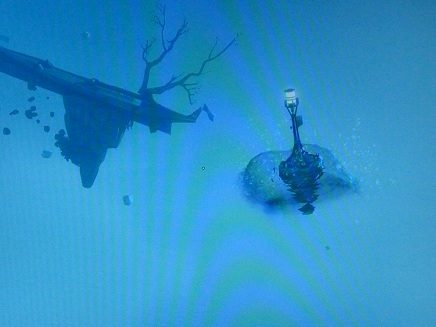 The Outsider was all, “Yo Corvo. I’m gonna give you this nasty-ass heart that allows you to find these things called Ruins and Bone Charms. They’re going to help you out and stuff during your journey. I’m also going to brand you with my mark, so you can do cool shit and learn some pretty rad abilities. Also, if you see Brittney Brombacher will you tell her that I want her nuts? Kthnx.” Let me tell you, that heart seriously grossed me out the first twenty times or so I used it. Ewwww. Know what’s even creepier? It’s alluded that the heart belonged to the late Empress. Double ewwww.

After waking up from that hellish nightmare, Corvo is informed by Havelock that his job is to eliminate anyone who supports the Lord Regent. And instead of “eliminate” Havelock might as well have said “kill” because, damn, I couldn’t be a stealthy squirrel if my life depended on it. “Okay I’m just going to sneak up on you–OHMYGOD HE SAW ME OMG OMG OMG!” ::chucks sticky grenade:: 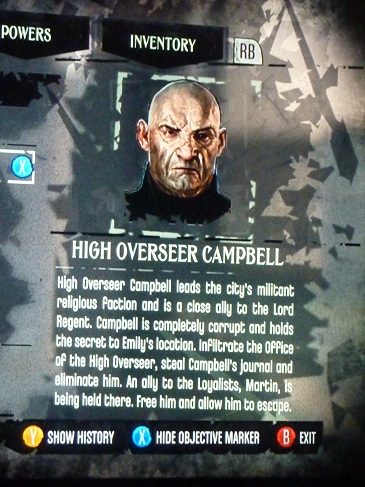