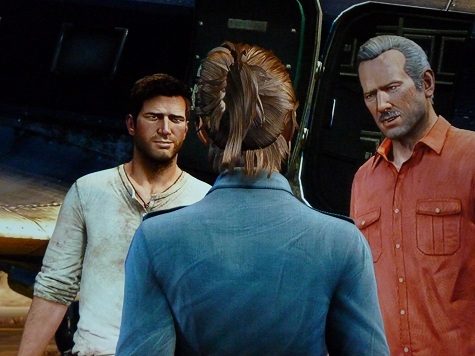 LOOK AT THAT GRIN ON NATE’S FACE. LOOK. AT. IT. That’s right, he’s looking at the oh-so-sexy Elena Fisher, who just happens to be his, uh, recently estranged wife. Lovely. ALWAYS DRAMA. Anywhozers, Sully convinced Drake that he needed Elena in order to access all the goods Yemen offered — and by goods I mean an underground tomb which reveals the location of the lost city — and upon arrival, just as expected, Nate and Elena began bickering. Elena was like, “Dudebro. You’re so obsessed with your missions you’re going to end up getting Sully hurt because he’ll follow you anywhere!” and Nate was all like “OHAI you’re still wearing your wedding ring what does it mean?!!!”

Yeah, that’s pretty much how the conversation went.

Let me show you a photo montage of the events leading up to the discovery of the lost city. 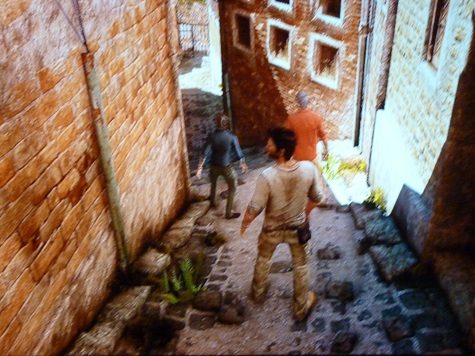 Nate, Sully and Elena stumbled upon a room which had a bunch-o stars on the ceiling, depicting the location of  THE LOCATION OF UBAR! ::shoots confetti:: But about this time ::takes back all confetti: those stupid spider-bug hybrids began skittering about, oozing through walls and whatnot which caused us to GTFO.  Oh. I probably should mention that there was sufficient evidence inside the tomb that Sir Francis Drake had found the tomb, and what it was he found caused him to poon out and abandon his mission. Yup. He lied to Queen Elizabeth about ever finding the tomb because he was scared shitless. That concerned Elena. What a good recently-estranged wife she is <3. After safely bailing from the tomb, Nate was shot by a dart containg hallucinogens. JUST like his good buddy Cutter was.

After a trippy-ass experience of wandering through the town high as fuck and whatnot, Nate woke up next to Marlowe and Talbot. They were like “If you don’t cooperate with us then we’re gonna, like, hurt your woman and then we’re gonna find Sully since he knows awesome things and hijack him and take him with us until we find the lost city of Ubar.” And about that time, Talbot waltzed on over like the big douche he is and declared they had found Sully. 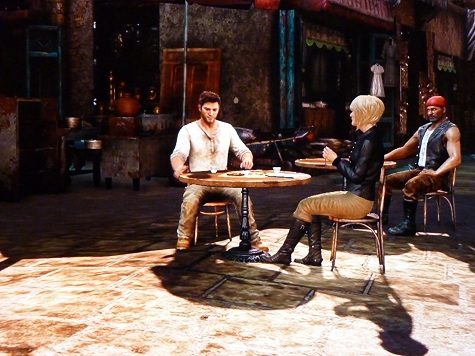 Nate was like AW HELL NO, went batshit and gave chase to Talbot, who began running away like a little bitch. Unfortunately, Nate was knocked out by a, um, pirate-man (as opposed to a pirate-woman) named Rameses who, of course, works with Marlowe. When he woke up, he was in a ship. That Nate — he sure gets around. 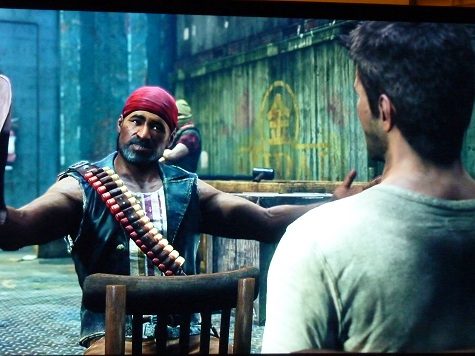 Rameses interrogated Nate for information about the “Iram of the Pillars” — which, apparently, is another fancy word for Ubar. DO YOU SEE HOW I CAN NEVER KEEP TRACK OF THE UNCHARTED PLOTS?!1  The characters drop fancy-name-bombs on me all of the time and I’m stuck thinking “lolwut”. Nate claimed to know nothing, and Rameses claimed to have captured Sully.  Rameses up and left, and Nate proceeded to take out at least twelve of his henchmen. Yep. Don’t ask me how he does it — he just does. 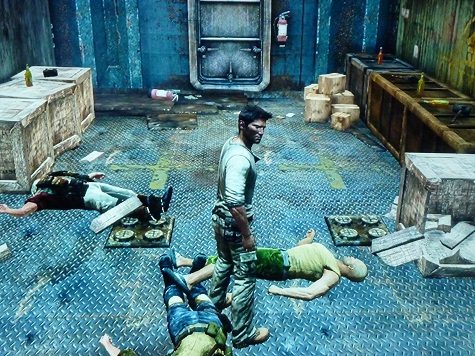 That Nate — such a stud muffin.