I’ve come to the conclusion that Francis Drake or whoever the hell it was that decided to hide half of the amulet (which apparently contains the whereabouts of the lost city of Ubar) in a French chateau was a douchenugget. I mean, it turned out to be a very dangerous trip for Nate and Sully. THANKS FOR THINKING OF US. 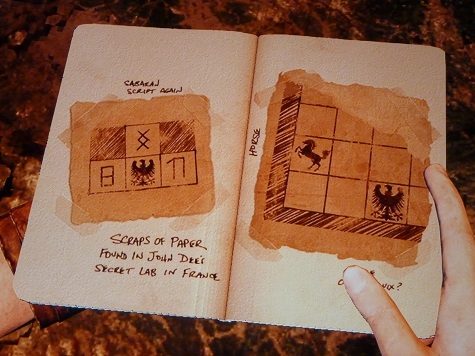 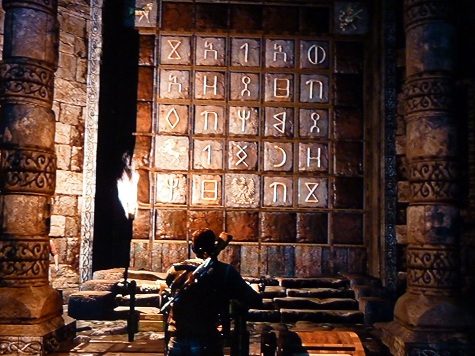 So, what you see above was a puzzle yours truly had a difficult time figuring out. And I really thought I HAD figured it out. Don’t you just hate that feeling? Y’know, you’re one move away from supposedly solving  it and when you make that final move NOTHING happens. No secret passageways are revealed, none of the walls move, nothing shifts. Then you’re like BLAWWWWWW and have to go back to the drawing board.

Eventually, though, a little light bulb went off in my head  and I solved the puzzle, which lead Nate and Sully to the crypt of some…of someone.  I honestly dunno who-da-fuck it was. All I know is that it had my amulet. 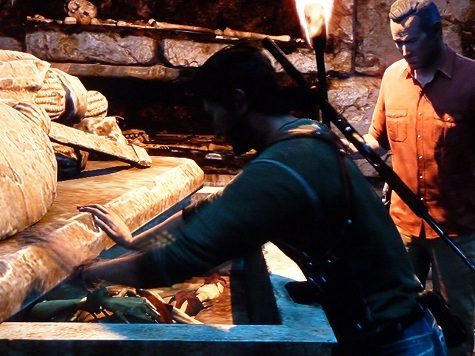 With half of the amulet in hand, Nate and Sully turned to leave when OH OF COURSE TALBOT SHOWED UP. And as if stealing the amulet I wracked my brain so hard for wasn’t enough, he had to, like, set the entire chateau on fire.

Thanks for that, man. Someday I WILL kill you. And by “I” I mean Nate will. It would be a little hard for me to do that seeing as you’re in a videogame and I am not. Ahem. 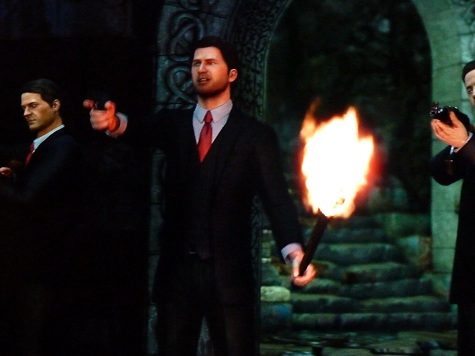 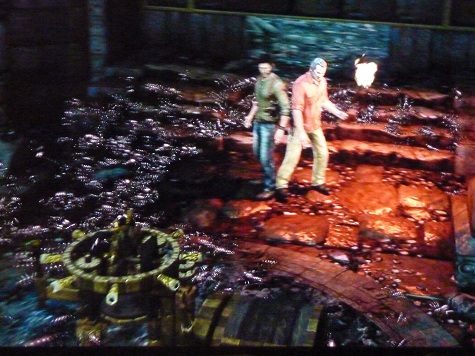 Nate and Sully finally escaped and promptly hauled tits to Syria, where Chloe and Cutter were searching for the second half of the amulet ‘cuz chances are Talbot’s men or that old hag Marlowe were already there as well. And that’s no bueno. 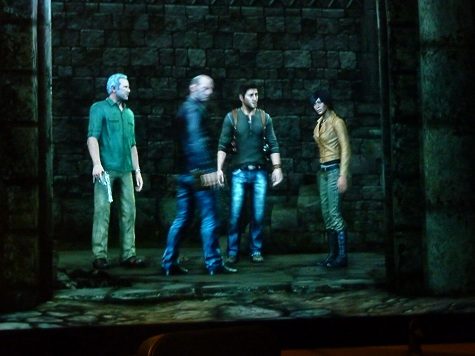 Thankfully we ran into Chloe and Cutter, but it was obvious they too had been followed and that ‘dem bad people were also in the citadel. Cutter and Nate went on some nerd tangent about how Marlowe is “the head of an order dating back four centuries” and that the order “seeks to gain power by exploiting the fears of their enemies” or something. Again, I can’t seem to fully follow any Uncharted storyline. In any case, after a huge-ass firefight Cutter and Nate were able to point out the location of the amulet thanks to those burning balls of gas in the sky. 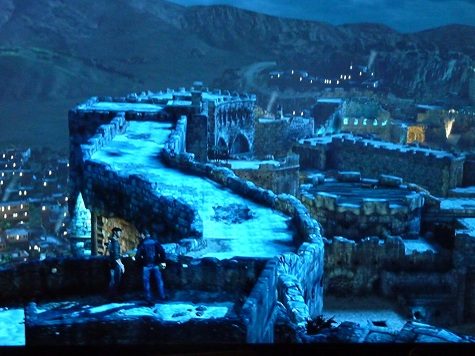 Should be easy, right?