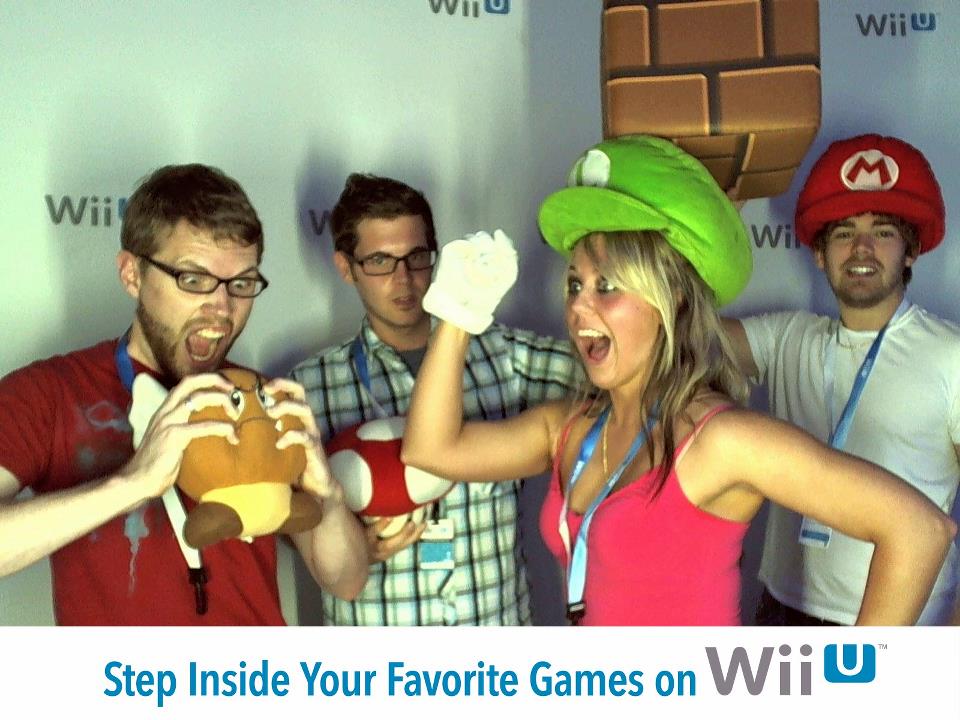 I’m not going to deny that I will be one of the first people in line for the Wii U. Not necessarily because I think it’s the best thing since sliced bread (far from it, actually, but that may be because we still know practically nothing about it) but because I get all caught up in the excitement and thrills of a console launch. I CAN’T HELP IT. So, what I’m getting at is that I didn’t come to the Wii U event with an attitude like “this will either break it or make it for me”, but I have to admit I didn’t walk away all that impressed —  but then again I had already seen and played most of the games Nintendo was offering at PAX and E3.

The Wii U Experience was held in a stuffy room (not Nintendo’s fault, it had been about 86 that day in Seattle! THAT NEVER HAPPENS) and had several stations, couches, rooms, etc. where game demos were set up. Off of the top of my head, I know there was ZombiU, Nintendo Land games, Rayman Legends, Project P-1000, New Super Mario Bros. U and…um…that’s all I can remember. OH! That SiNG game was also there. Or at least that’s what I think those people were belting out to in those rooms…

I was only able to go hands-on with Luigi’s Ghost Mansion (Nintendo Land) and Rayman Legends, which is kind of unfortunate, but the event only lasted an hour and a half and the lines had some length to them. (Ahem. That’s what she said!) (Also, I had already played games like ZombiU at E3.) Anyway, think of Luigi’s Ghost Mansion like a spinoff of Pac-Man. I had the privilege of playing as the ghost, so I strictly used the GamePad to stalk and kill my opponents (ie; the other players). They couldn’t see me coming on the main screen, but they would feel their Wiimotes vibrate as I approached which was supposed to cue them to turn on their flashlight and expose me. Sadly they were unable to do so and I destroyed all of them. <3.

I’ve said it several times before and I’ll say it again: Nintendo Land NEEDS to be bundled with the Wii U just like Wii Sports was with the Wii. While Luigi’s Ghost Mansion was a fun, three or so minute thrill (as was Zelda: Battle Quest at E3) I can’t see myself forking over 50 or so bucks for the game. It’s a fun demo of what the Wii U is capable of, but I’m afraid it can’t offer a heckuva lot more than that. 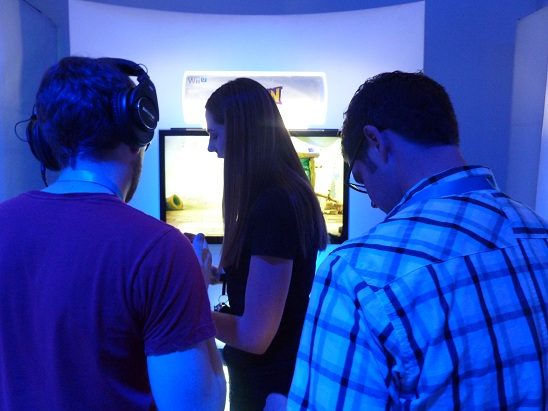 The next game I played was Rayman Legends (which is blocked my the lovely assistant’s head) aaaaaand while I’m sure the game itself was amazing and fun and all of those good things, I couldn’t get past the Wii U Pro controller! 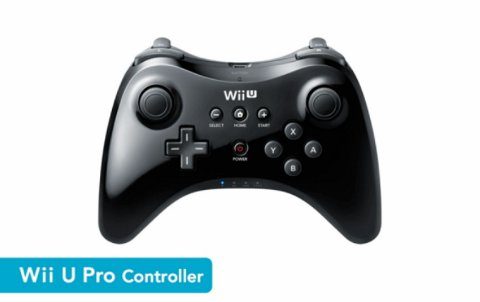 I briefly talked with a few folks about this, but that second analog stick is annoying. From the photo it doesn’t look it, but that bad boy i’s very close to the X button and every time I’d press X I’d find myself bumping into the analog instead. I’m sure it’s something I’ll get used to the more I play it, but yeah. My pants weren’t tingling for that one. However, I enjoyed the interaction on the GamePad with Rayman more than with any other game I’ve played thus far. If I wasn’t flinging random junk at the bad guys via slingshot (think Angry birds!) I was lowering platforms for the Rayman or poking random things. So that’s a plus! ::thumbs up:: 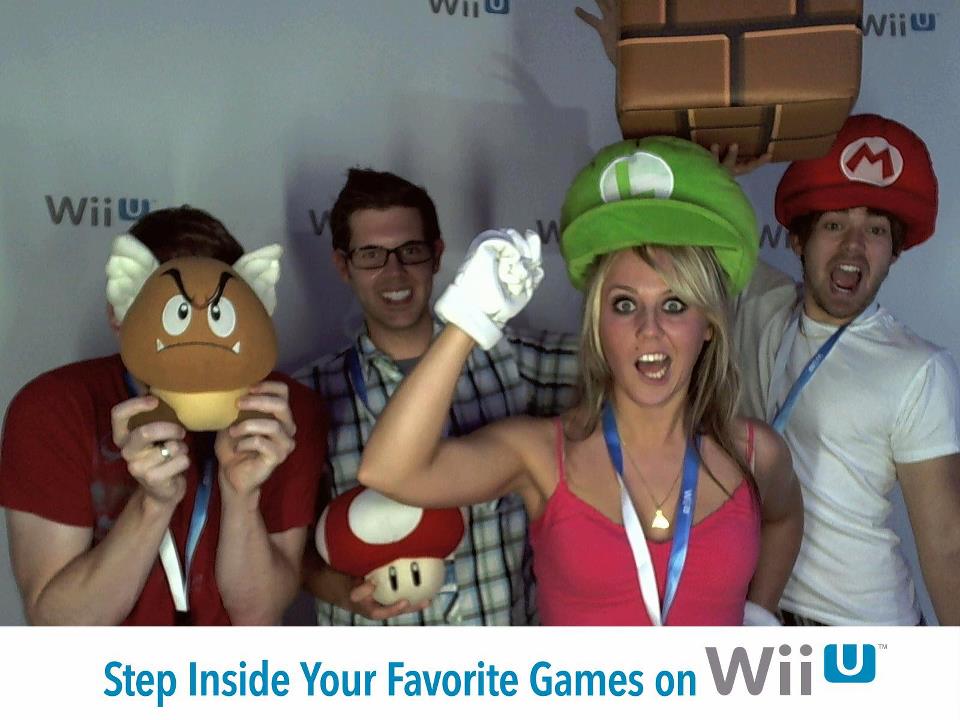 While Jason, Brian, Jayson and I had fun at the event (as clearly can be seen above!) I don’t think Brian and Jason were sold on the Wii U. 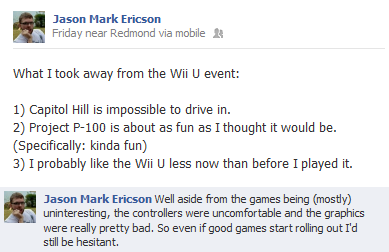 Needless to say, I’m anxious for the press event on Thursday — I can’t wait to see what Nintendo unveils, announces and shows us. And even though I’m not flailing-on-the-ground-twitching excited for the Wii U, I’m really crossing my fingers and hoping that Nintendo can pull this console off. Let’s face it — they need to, and if we don’t walk away wowed on Thursday…egads. That can’t be good for nobody. ;) 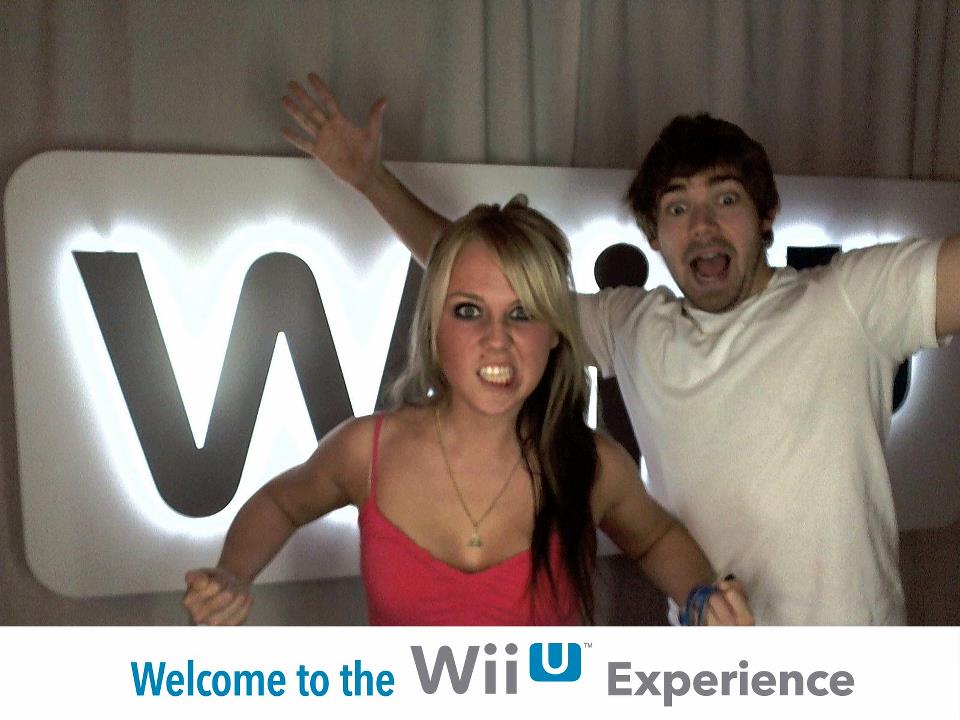