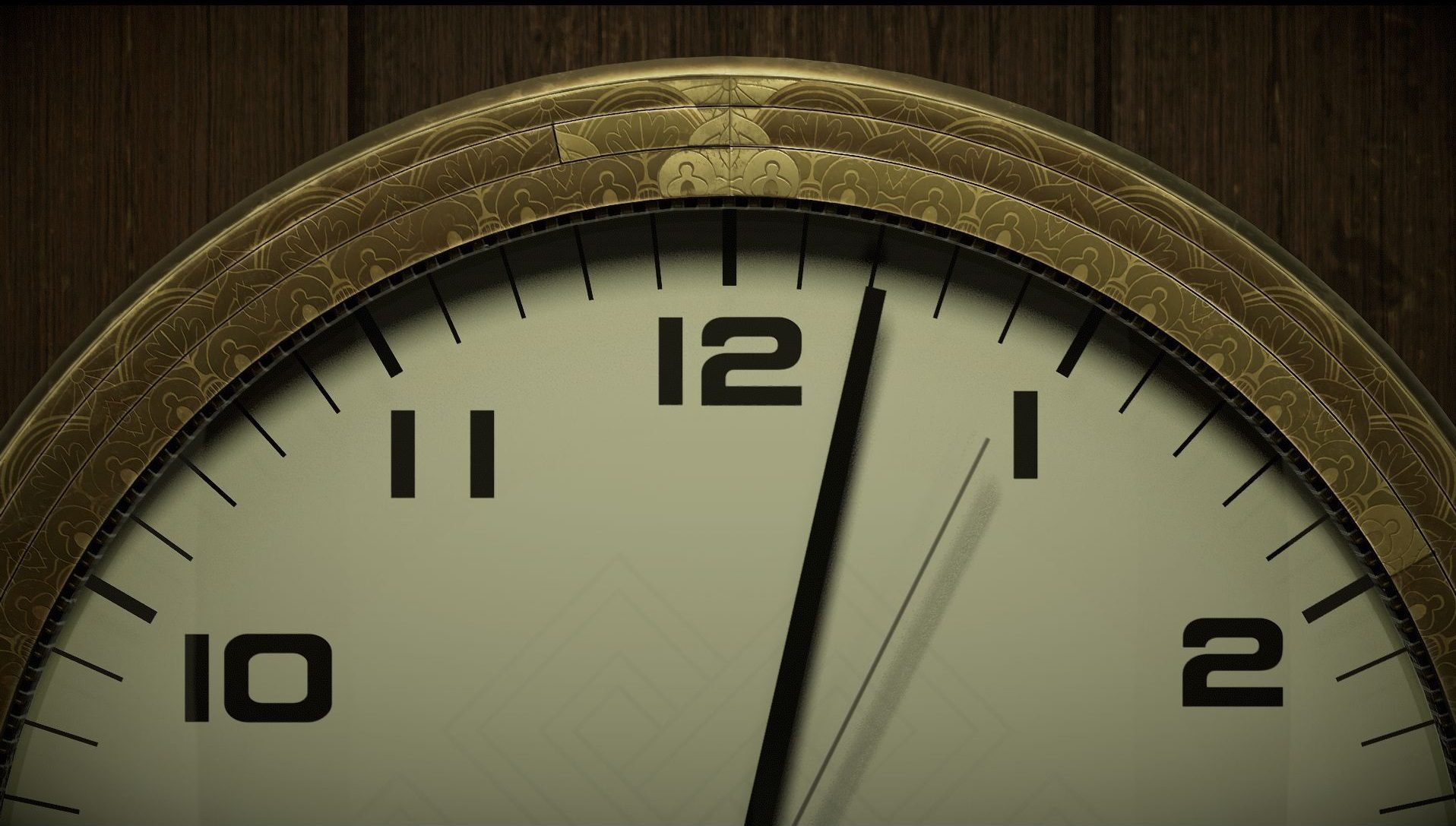 I distinctly remember watching Twelve Minute’s reveal trailer live from the audience at Xbox’s E3 2019 Showcase – blissfully unaware that that would be my last in-person Xbox conference for at least two years. It’s surreal, a little over two years later, to finally have played a title that stuck out so vividly from that showcase. Kinda feels like a nod or throwback to normal days.

BUT ENOUGH THE ANCIENT YEARS

Twelve Minutes follows a man – that’s you – who is stuck in a twelve minute time loop. After walking through his front door and settling in from (I’m assuming) a day at work, he’s greeted by his wife who is attempting to set the stage for a romantic evening. It’s all sunshine and rainbows for a hot minute BUT too much of that wouldn’t make for a good story, now would it? So along comes this sketchy-ass detective who not only accuses your waifu of murdering someone, but beats the shit out of you when you attempt to intervene. 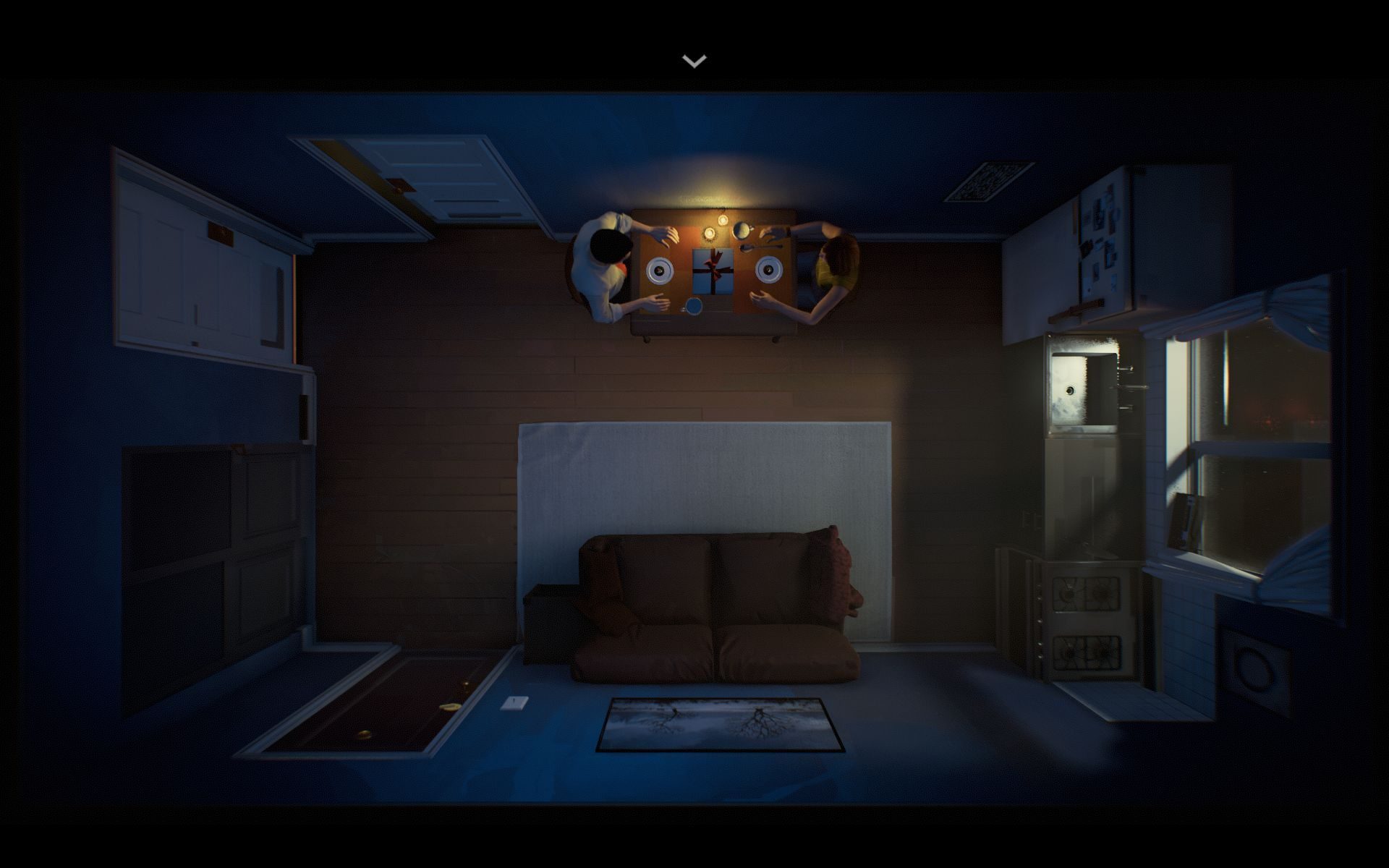 …And, boom, there you are again, walking through your front door to your greeting wife, doing her darndest to set up that romantic evening, oblivious to the events that are about to transpire. Can you convince her what’s about to happen? Can you protect her? …Should you protect her?

It’s a fascinating premise, isn’t it? And one that lends itself to the point-and-click adventure genre incredibly well. You have a lil’ cursor that you move around the screen not only to move and navigate, but also to interact with items. Some things you’ll add to your inventory, some things will let you perform an action, some things will give you vital information and other things exist just…because. (Shout-out to the toilet.)

But I’ll be honest, at first I was a bit worried about Twelve Minutes. Within my first time loop I noticed the character animations could be a bit clunky and robot-ish, and at one point the sketchy-ass detective was stuck in a very non intimidating animation of bumping into the couch. A few times the dialogue got in the way of itself and different lines would be delivered simultaneously. A few times the item menu would bug out.

But as soon as I got into a groove, none of that mattered.

As soon as I realized what Twelve Minutes was capable of I was HOOKED.

Twelve Minutes is SO SMART in the sense that it seems like every little action you take has an appropriate reaction – as if the solo developer (!) Luis Antonio thought of AAAALLL of the different ways players could manipulate the environment. Some spoiler-free examples:

I kept a running note on my phone of all of the different scenarios I tried. Whenever I would get an idea, like, “Hey next time I’ll try putting X item over on Y before my wife gets to Z and let’s see if that gets me the result I’m looking for.” You really can play around with this environment. And if you want to, you can intentionally fuck up just to see what will happen. 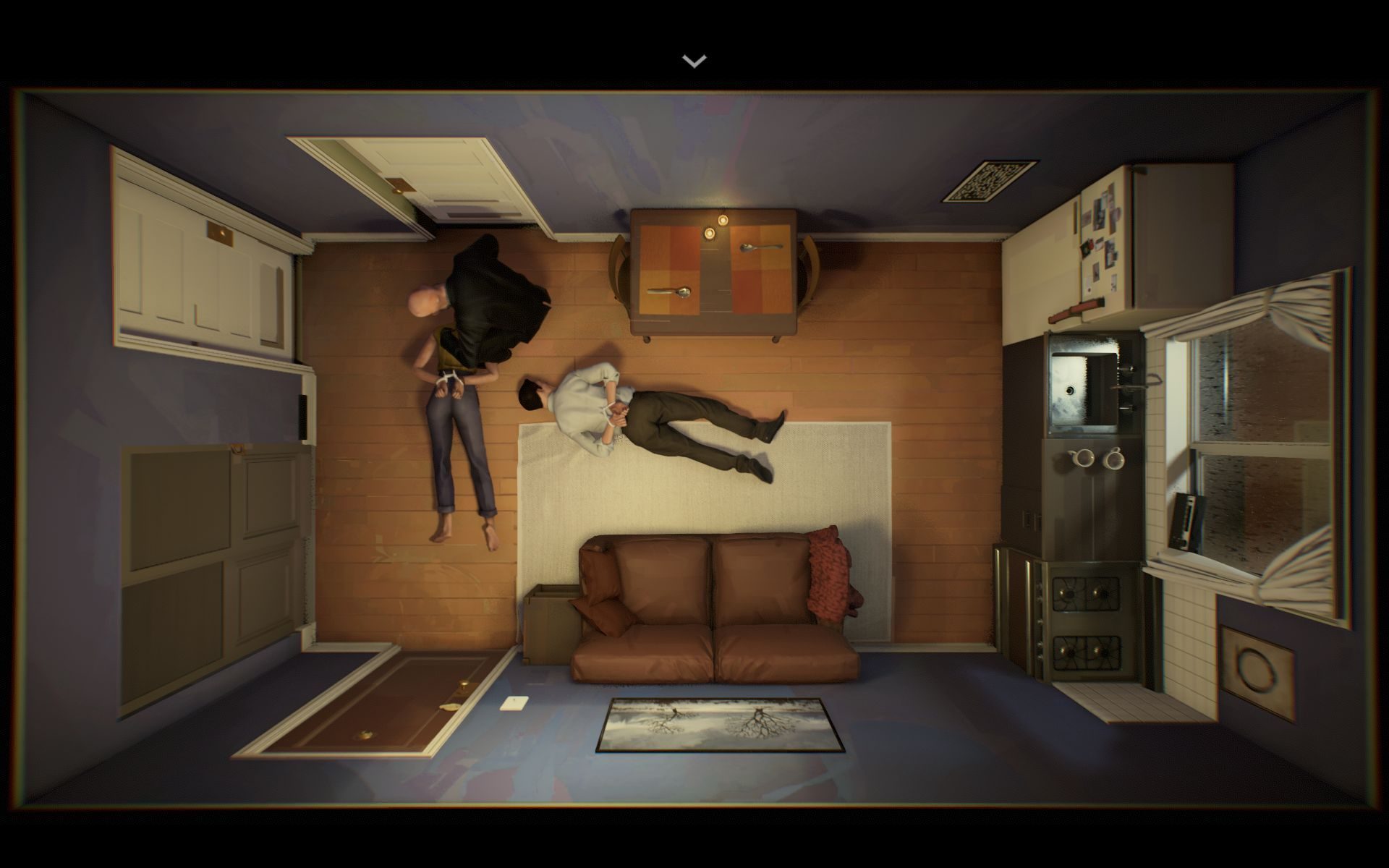 More about the loops themselves: So let’s say you’ve gone through a loop and perhaps you discovered some new, important information about…y’know, the lighthearted accusation being thrown around about your wife being a murderer. But let’s say you royally piss off your wife and she storms off, and now you’re up Shit Creek without a paddle – you can’t talk to her anymore. SHE LEFT YOUR ASS.

Well good job, friend, ya done fucked up. But you don’t have to wait for the loop to continue playing out – you can waltz right back through your front door to reset the loop. The fun twist here is that the main character retains all knowledge learned from previous loops. This means you won’t have to go through all of the grunt work every time you start over a loop. Granted, at times you will need to repeat a few sentences here and there, but there’s a handy fast forward option at your disposal.

There were only a few times when I felt like I was really, truly stuck while playing Twelve Minutes, which should be music to the ears of anyone who lacks familiarity with adventure games such as yours truly. It’s also worth noting that there is NO hint system in Twelve Minutes. The characters will sometimes babble an obscure hint in passing dialogue, but that’s as much help as you’re getting from the game.

During the few occasions when I was stumped I never wanted to give up. One night I went to bed stuck on a puzzle, and while feeding my kid at 4am – EUREKA – I came up with the solution. I want to emphasize that I never felt overwhelmed with options and possible solutions. Y’know when you’re playing an adventure game and you have, like, a million things in your inventory and you don’t even know where to begin? You won’t have to worry about that here.

Also worth noting, and this is a tricky thing to balance in this type of game: there were a few moments when I became frustrated because I felt like there was just no common sense between the characters. I mean, if I knew Mr. Sketchy-Pants McDetectiveson was going to be pounding on my door in five minutes, you best believe I’d have a fucking cavalry waiting for him by the time he showed up. But we can only play with the cards we’ve been dealt, and when you do figure out the solution the game is demanding it’s a fun lil’ rush. 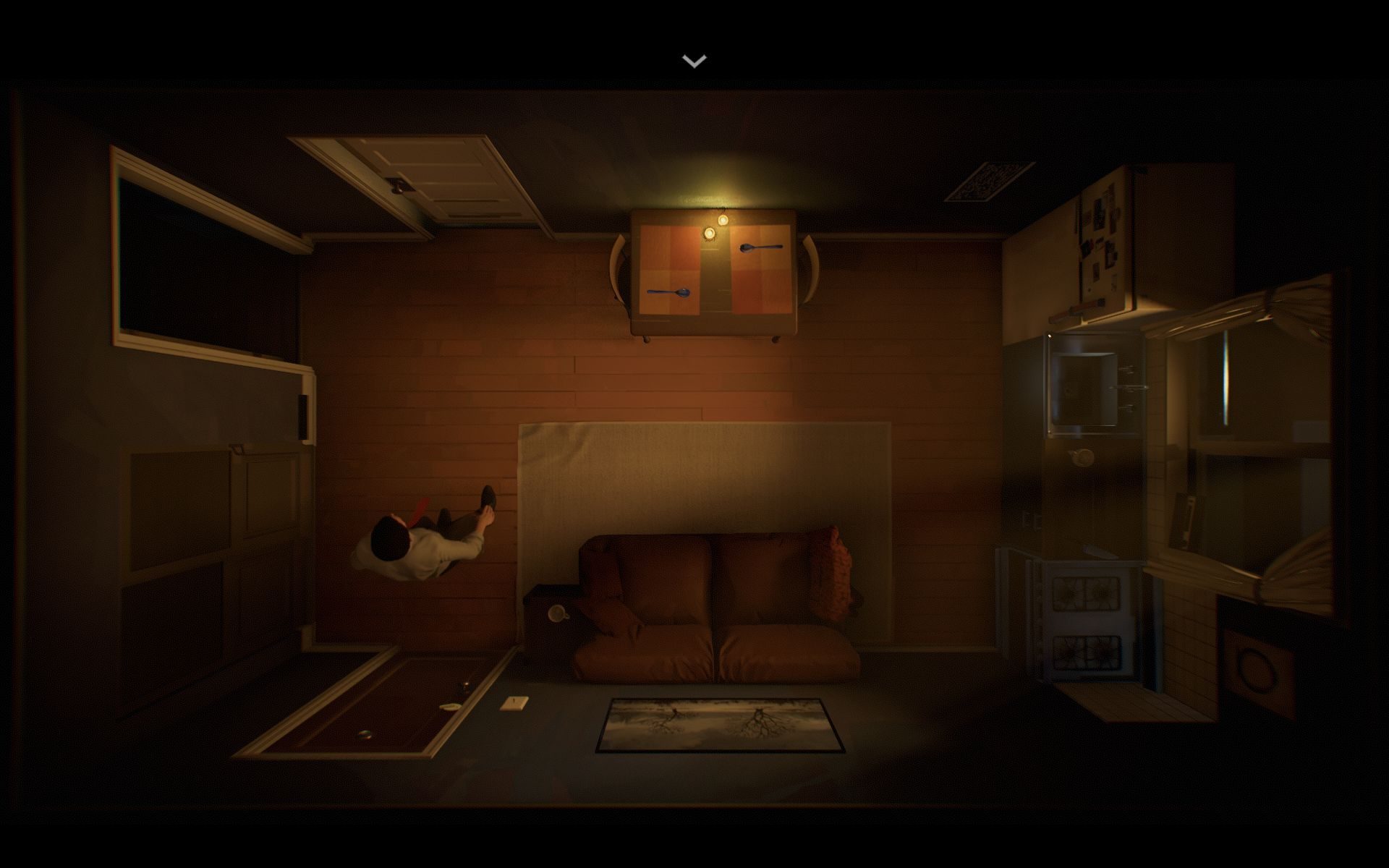 Of course I couldn’t write this without giving THE MOST SERIOUS OF PROPS to the voice cast: Willem Dafoe, Daisy Ridley and James McAvoy. Their performances are *chef’s kiss* and truly bring these characters to life, a task not entirely easy considering we only get minor glimpses of character faces and facial expressions due to that top-down view.

I mean, I could go on and on about Twelve Minutes and the seven or so hours I spent with it, I really could. But at the end of the day I think this is a great video game that features an incredible twist on the adventure genre. The story will ABSOLUTELY GO PLACES, and in my opinion should keep you more than hooked, but I refuse to say more than that. You should find out for yourself when it comes to Xbox (INCLUDING Xbox Game Pass) and PC on August 19th. 😊