UPDATE: We’re getting a Pokémon Presents this Wednesday at 6:00am PT! We’ll definitely be getting more details on Arceus. I can’t wait! 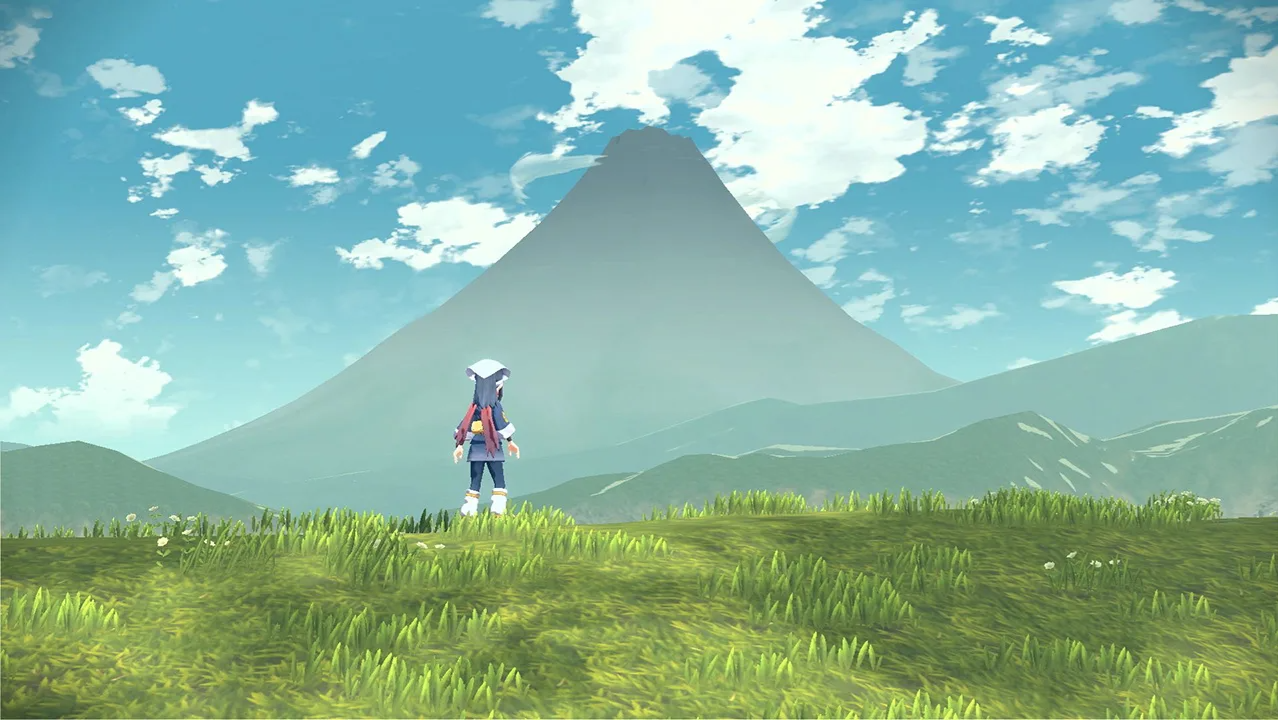 Holy shit, can you tell I’m very into Pokémon at the moment? I feel like that’s all I’m writing/talking about lately BUT I CAN’T HELP IT YOUR GIRL IS EXCITED.

So the latest and greatest with Pokémon Legends: Areceus…Arceues…Arceus is that we should be getting an info dump pretty damn soon. The rad folks at GamesBeat recently chatted with The Pokémon Company International’s senior director of consumer marketing, JC Smith, and he had this to say:

Okay, sure, “soon” could mean a LOT of things, but soon is better than…like, “next year” or “eventually” so I say we take it and run with it.

I, like so many others, still have soooo many questions about what kind of game Arceus is gonna turn out to be. I feel like everyone – and to an extent myself included – have their panties in a rather tight yet pleasurable bundle about this idea of an actual open-world Pokémon game coming to fruition.

To my knowledge, it hasn’t officially been confirmed that this is an open-world Pokémon game. And I know, I know – there are MILLIONS of more important things I should be spending my brainpower on, but damn, I’d be lying if I said I haven’t been thinking about this since its announcement in February.

Has Pokémon themselves used the term “open world” to describe Arceus? Via the video: “With the village as your base you’ll venture out to the different corners of the region” Soo…maybe the village is in the middle of a large map? AM I OVERTHINKING THIS

Not to be a Negative Nidoqueen, but I have my doubts that Arceus is going to be the true, expansive open-world Pokémon game (most) of us have been wanting since we were wee children. It’s just, and this pains me to say, I feel like my hopes vs. reality when it comes to Pokémon have been a bit…humbled, as of late.

And to be fair my hope are a bit extreme. I mean, if my “hopes” were designing the next mainline Pokémon title, it:

I could go on, but that’s just my idealized version of Pokémon. Will this wet dream ever become a reality? HAHAHAHAHHAHAHAHAHAAAAAAAAAAAAAA

I scoured the official website, and here’s the language I was able to pull:

If you watch the trailer (below) you’ll see that it DOES look open-world-esque, but honestly, what I see when I look at that trailer is just one huge Wild Area, like what we have in Pokémon Sword and Shield. The terrain we’re shown in those few brief shots looks incredibly similar to one another, which adds weight to my “one big ol’ Wild Area” theory. And it’s looking like there’s just one town in the entire game, so…

OF COURSE I COULD BE 100% WRONG. Perhaps Game Freak is holding their “HOLY SHIIIIT” cards close to their chest for this upcoming info dump. You’d think, though, when this game was announced they would’ve come out with guns blazing, touting the most exciting features in the reveal trailer. You also can’t deny the hype and chatter for Pokémon Legends: Arceus has been SO DAMN QUIET, because from what we have seen, it just hasn’t been enough to cause major fanfare…yet.

Real talk: No matter how “open world” the game ends up being, I’m gonna remain optimistic that it’ll be a step in the right direction. But regardless, it sounds like we’re in for some new changes to the tried ‘n true Pokémon formula with the catching system, those “new action/RPG elements” and the ancient setting of the Sinnoh region.