So I completely skipped writing about my experiences from Episode 3: Long Road Ahead because I played it RIGHT before PAX Prime and therefore had no time for life. But in a nutshell, here’s what happened: (THANKS, WIKIPEDIA!) 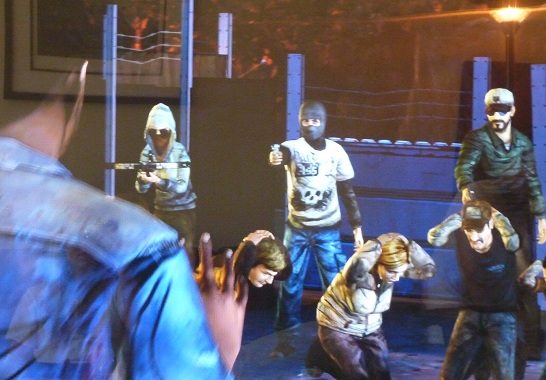 *Supplies are found to be missing at the motel. Lee finds a bag of medicine and food in a grate outside the wall. The inn is then attacked by a group of bandits. 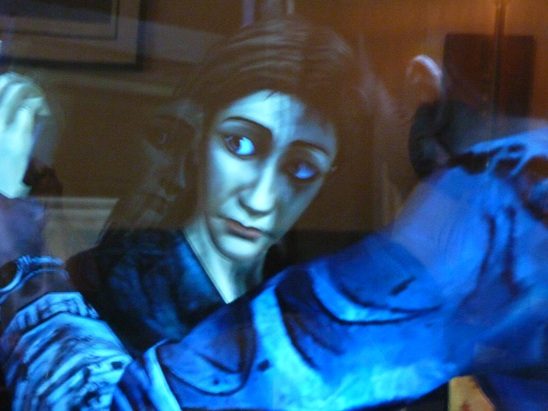 *The survivors manage to escape in the now-fixed RV. Whilst in the RV, Lilly becomes more suspicious of Ben. After the RV hits a walker, the group stops while Kenny removes it from under the RV, and Lilly instigates an argument over the missing supplies with Ben, Lee and Doug. Lilly accidentally kills Doug when he prevents her shooting Ben. Lee puts her in the RV to punish later. Katjaa and Kenny then reveal to Lee that Duck was bitten by walkers during the motel attack. 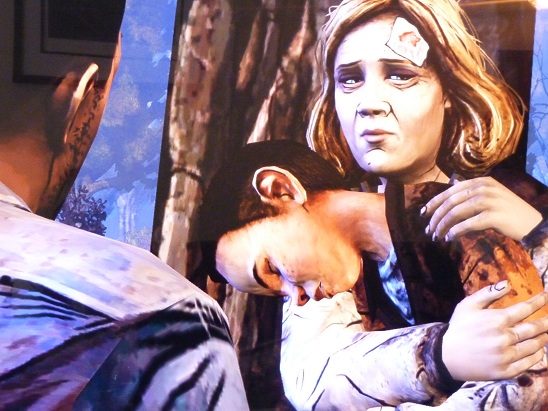 *Due to a train blocking the road, the group stops the RV, which is stolen if Lilly. Lee manages to repair and operate the train, encountering a homeless man named Chuck who joins their group. The group leaves on the train. However, Lee has to persuade Kenny to stop the train and end Duck’s suffering, which has worsened. After stopping the train, Katjaa brings Duck to the forest to say goodbye, and shoots herself instead. When Lee approaches the scene, he shoots Duck. 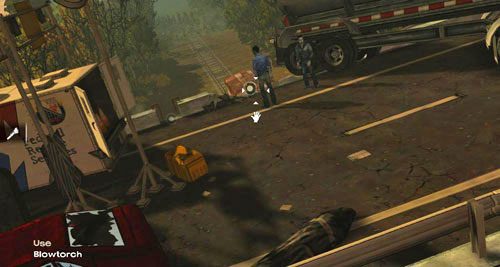 *Back on the train, a guilt-ridden Ben admits he was the one giving supplies to the bandits, as he believed they had his friend. The reason they attacked was because Lee took the bag of supplies from the vent before they could collect it. Shortly after, Lee teaches Clementine how to shoot a gun and cuts her hair, and the two decide to head for Savannah to find Clementine’s parents. The train tracks are blocked by a gasoline tanker, which two new survivors named Omid and Christa help to bring down. 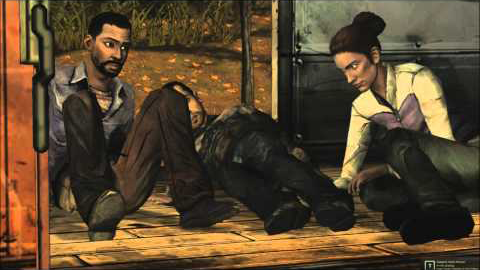 * After removing the tanker and seeing a horde of walkers, Omid and Christa join the group and leave on the train, though Omid injures his leg during the escape. As the group enters Savannah, Lee and Kenny hear a man attempting to talk to Clementine over her seemingly broken walkie-talkie. The man wants Clementine to join him, hinting that he has her parents, and that he knows she is with Lee.

So, yeah, if you couldn’t tell I copied and pasted 99% of that from Wikipedia. Wikipedia: Making lives easier since the internet was born.

To be honest, I actually wrapped up Episode 4: Around Every Corner last night, but I’ll try to play it off as if I have no idea what happens in “the future”.

WHY THE FUCK DID DOUG HAVE TO DIE. SERIOUSLY. WHY. WHY DO ALL OF MY FAVORITE CHARACTERS DIE. All Doug wanted was love. Well, I don’t actually know that, but I mean, I assume that’s all he wanted. Poor dude was socially awkward and probably hadn’t been laid in forever. And with that being said — damn you, Lilly. If I see you again I’m going to shove your ass between Lee’s hairy and (presumably) sweaty butt cheeks and see how you like it. BECAUSE THAT’S WHAT YOU DID TO US. Not only do you kill Doug, you freakin’ take the RV like a poon. A POON, LILLY. A POON.

Curse you, Ben! I know you were trying to be helpful and all, but please — just stop. The only reason I’m going to keep you around will be for zombie bait, given the choice.

And…Duck. Well, you were rather annoying but damn, it kind of broke my heart to shoot you in the face, kid. But what I feel the worst about is I didn’t give you that high-five you wanted back at the motel because I was too busy taking a picture and by the time I got my hands back on the controller, the option to slap your hand was no longer available. 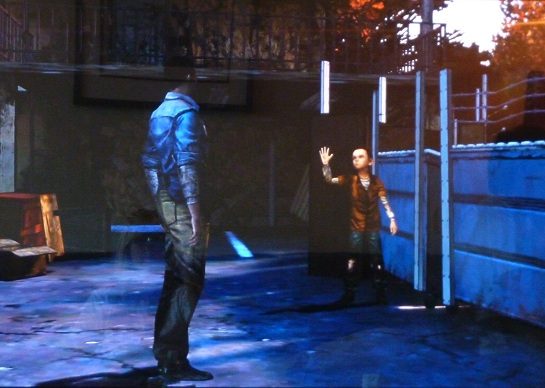