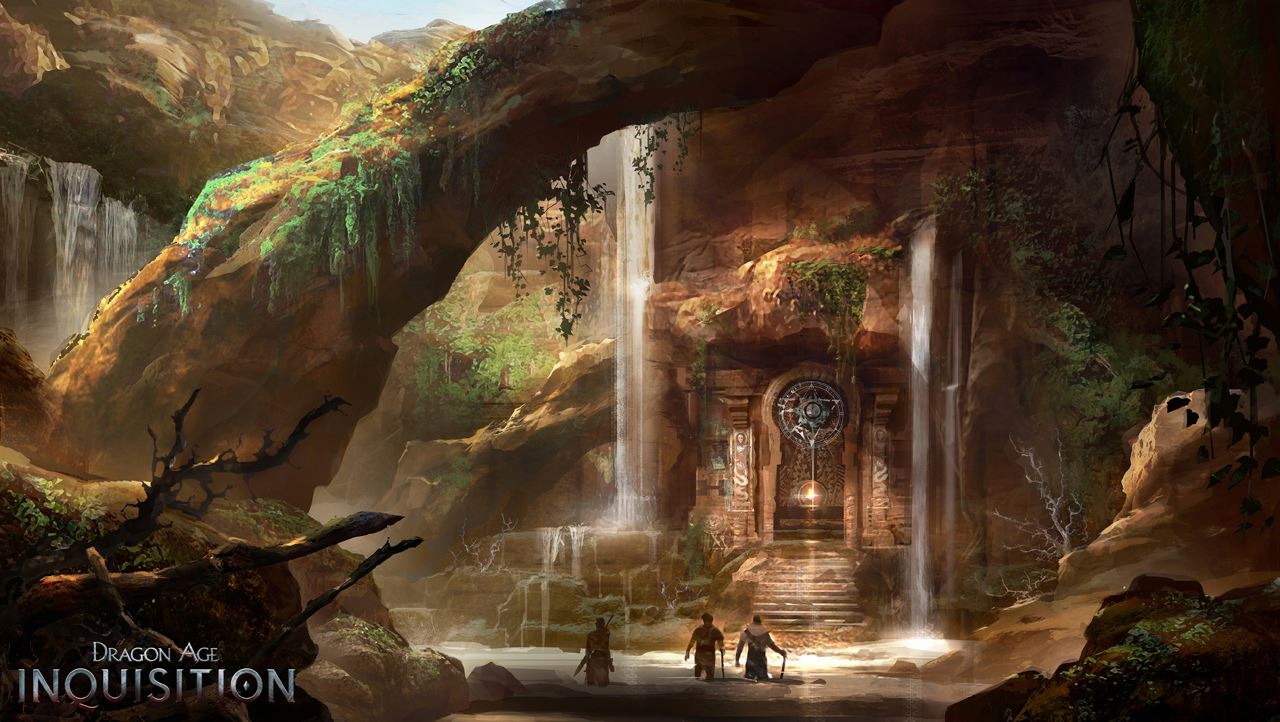 I’m a little late blogging about this party, but on July 31st the official Dragon Age Facebook page posted the above photo accompanied with the text “The Old Gods will call to you, from their ancient prisons will they sing.” (Of course this doesn’t actually confirm the presence of an archdemon, but I’M EXCITED OKAY?!)

If you’re a bit behind on Dragon Age you’re probably scratching your head and thinking “WTFBBQ?”, but if you’re like me and buttloads of others, you’re probably thinking that sweeter words have never been spoken. Er, typed. On a social networking medium. Right. THE POINT IS THAT THIS IS VERY VERY GOOD NEWS because, ladies and gentleman, the above text is ultimately a darkspawn reference. Y’know, those bad guys from Dragon Age: Origins. Yeah. So like, it’s like “The Old Gods will call to you, from their ancient prisons will they sing.” is being said TO the darkspawn. Or the Grey Wardens. Cuz they drank the blood of darkspawn and therefore hear “the calling”.  HNGHHHHHH.

Admittedly I’ve only played through Dragon Age II once, simply due to the fact I wasn’t very impressed by it, so my memory is a bit fuzzy when it comes to the role of the darkspawn in Dragon Age II. I want to say there was little to no role at all, which was a pretty big disappointment seeing as I LOVE the concept of the darskpawn and the lore surrounding them. It’s quite fascinating. I won’t kick a dead horse here, but I believe Dragon Age II did a few things right, but the more Inquisition is like Origins the better. This is but a reassurance. <3.

God, I want this game in my mouth.