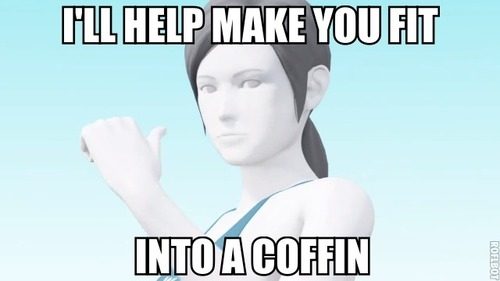 REJOICE, Smash lovers! Nintendo has announced Super Smash Brothers for Wii U will…aherm…SMASH its way into your life on November 21st in North ‘Murica. That’s three days after the launch of Dragon Age: Inquisition, in case you were wondering. Europe, you will get it on December 5th.

Nintendo also announced Smash Bros. for 3DS has sold 2.8 million copies (digital and physical) worldwide. Last I checked that is also roughly the same amount of Wii U’s that have been sold in the US. Needless to say I (and many others) are extremely interested to see how many units Smash Bros will sell. Generally right now I’d exaggerate and say something like, “HOPEFULLY A MILLION!” but uh that’s…that’s…right. Erm.”HOPEFULLY 10 MILLION!”

Are you excited and a half? I’m getting this bundle and I’M EXCITED AND THREE QUARTERS.