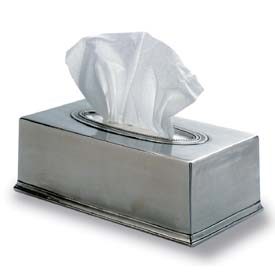 Sorry for the lack of updates—I guess when I said I was going to be a lazy bastard last weekend, I meant it.

Let me just say that last weekend was VOOONDerful (yes, with a “v’) and it felt oh-so-good to sit on my lazy ass and do close to nothing. Alas, I had a few things I had to do and as hard as it was to pry my hands away from Dragon Age: Origins (WHICH I made a sizeable dent in this weekend, thank you very much) my woman cave was calling me, begging to be worked on and stuffed with nerdy collectables.

I also managed to come down with a cold over the weekend, which I am blaming entirely on PAX East even though the convention was over a week ago. Did you hear about the swine flu outbreak at PAX Prime two years ago? Yeah, this chick was a proud recipient of that bad boy. I felt fiiiine for several days after that 2009 convention, but a week later…BLAMMO! I was sicker than shit. But I guess it would be breaking tradition of I didn’t get sick after a con. I guess you could say I’ve come to uh…expect and embrace it. Or something. @_@.

Oh. And I had my eyes checked and blood drawn. HOW EXCITING IS THAT.

Hope you guys had a fantastic-o weekend! I’ll get posts about my woman cave and DA:O up soon.