Skyward Sword…oh, Skyward Sword. Me and you, we have issues. While I will not deny the hours of entertainment you have provided, I cannot ignore the sour, rotten Deku Nut-esque taste I have in my mouth. To commence this bitching, I would like to start with one of your most annoying flaws.

THE REPETITIVE LOCATIONS NEED TO DIE

One of my biggest gripes about Dragon Age 2 was the lack of unique scenery throughout the game. It was extremely frustrating because it felt like the developers half-assed the level creation by coming up with four or five different layouts and recycled them during the 40+ hour experience. Perhaps this scenario sounds familiar to those of you balls-deep in Skyward Sword?

Unfortunately that fantasy was short-lived. As soon as I walked through the Gate of Time and was immersed into the past I found I couldn’t leave the Sealed Temple, let alone the generic area of the woods. Within five minutes I was instructed to go back to my original time, back to Skyloft (the most boring and stagnant town ever) and it was there that I learned I needed to go back to the woods (for the third time, I might add).

Ocarina of Time may have set the bar far too high for other Zelda titles. I find myself constantly comparing the two, and I know it’s not fair, but I can’t help it. Within Ocarina of Time you could explore Kokiri Forest, Lake Hylia, Death Mountain, Kakariko Village, Zora’s Domain, Goron City, Lon Lon Ranch, Gerudo Valley and the entirety of Hyrule field. In Skyward Sword you have—drumroll please—Skyloft, Pumpkin Landing, those goddamn woods, a volcano area, a desert and, let’s not forget, a sky that feels barren and empty. 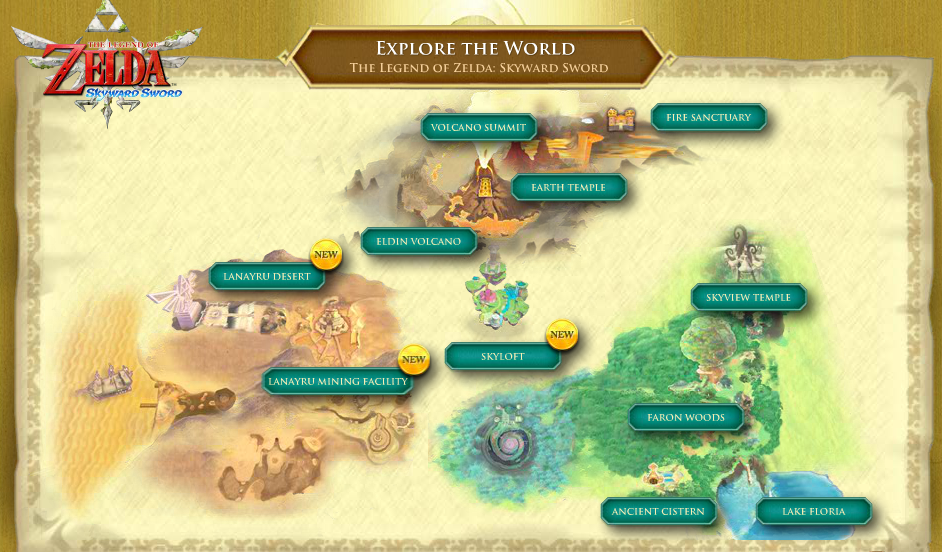 And no, each little label doesn’t count as a separate area. As far as I’m concerned Lake Floria is just a part of the woods, as is everything else. These locations do not stand out enough on their own to be considered their own big freakin’ deal. So, what gives? Why not give the Kikwi a village of their own I can explore? What about the Gorons? I’ve seen them in the game, and they seem far more civilized than the Kikwis, so HEY, where do they hang out? Would it really have been too hard to give them a little cave or something?! GAH.

I suppose I should clarify that I have not finished Skyward Sword, so I’m not entirely sure of what awaits me or what I should expect. However I will say that I have read the player’s guide so I know what NOT to expect, if you nah’msayin. Like fishing. I am not expecting fishing. 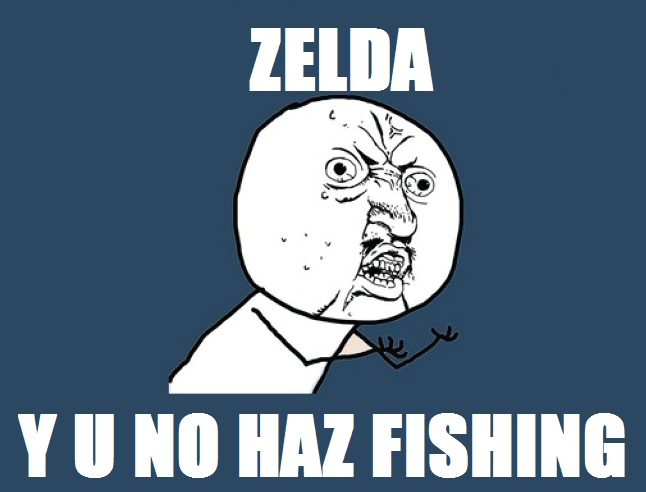 But I digress, that’s for another rant. ;)