PAX East 2011 was hands down the most fun I’ve ever had at a convention.

Okay, sure, if you go back and read old posts from my IGN blogging days I probably said the same thing about every convention I’ve attended, but this time I mean it! I’m not going to go as far to say that I’m a “seasoned pro” when it comes to working these conventions, because let’s face it, you never know what type of curveball will be thrown at you. That being said, I have a few of these cons under my belt now, and I know what it takes to have a good time at a convention. Wink-wink. Nudge. POKE.

GET’CHUR MIND OUT OF THE GUTTER.

This might sound ludacris to some of you, but I don’t attend these conventions for the sole purpose of playing the games. In fact, the only two games I played at PAX East was Ocarina of Time 3DS and Hunted: The Demon’s Forge.

Here’s the dealio with PAX: It is insanely crowded. The lines often wrap around booths several times over. Would I have played more games if the lines weren’t ridicolously long? Yes. Sure, I could have flashed my media badge and jumped in front of the “normal” attendees that had been waiting for over an hour, but I’m not a douchebag. I would rather walk the show floor while meeting people and watching gameplay from afar. And that’s what I did. I was perfectly content wandering the show floor with my buddy Beezball. We would stop and watch gameplay footage, discuss it, and move onto the next booth.

Now, had I been flown to this convention with the purpose of previewing the games for an audience, I would obviously stand in line for as many hours as it took. But seeing as I was there on my own dime, I wanted to make sure I saw everything and met everyone that I possibly could.

So, right, going back to what makes a convention fun. I just touched on one of the biggies: The people you attend the conference with can make all the difference in the world. It is totally possible to rock a convention solo and have a great time, but I personally find that being able to talk to some of your best buddies (face-to-face!) about the industry you love makes the experience truly special.

And on that note, meet as many new people as you can. If someone asks to meet you at the show floor, what’s the worse that can happen? Now, if they ask to meet you in that cold dark back alley around the corner, uh don’t.

Another thing I’ve learned: Attend the panels you want to see. Panels can be more enjoyable than spending hours on the show floor, and are something I will wait in line for. The three panels I saw last weekend were the Rage panel (HOLYSHIT I can’t believe how gorg that game is), the Uncharted 3 panel (which unfortunately was a tad boring but we did see some neat behind-the-scenes footage) and the live IGN GameScoop podcast recording.

The other super-amazingly-fun part of PAX East was the annual IGN Meet-n-Greet at this restaurant/bar called Barlows. One of the editors thought it would be a brilliant idea to head off to another bar several hours into the party. We (and about 50 others) followed, except we *somehow* became separated from the group. Ultimately, Beez got us lost in Boston. All I remember is jumping a few fences. Oh, and we somehow ended up in a parking garage? HAPPY ENDING THOUGH…we made it back to the bar. 45 minutes before it closed. Weee. ^_^

But let’s move onto more pictures, shall we? 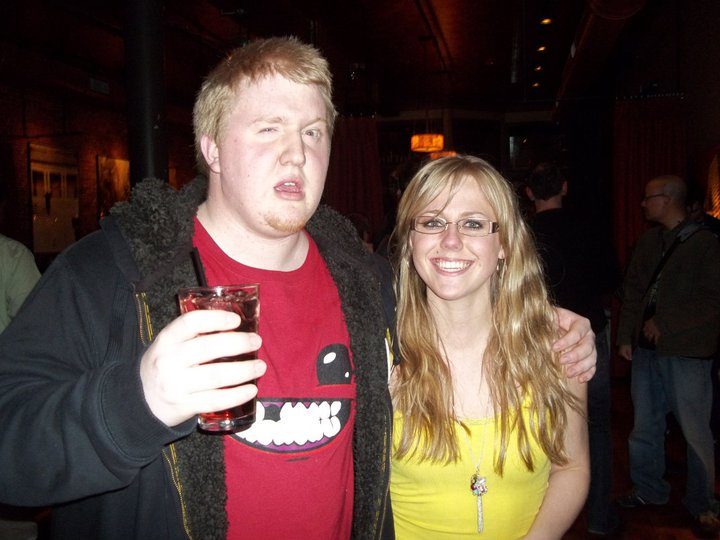 I’ll say it again, this year’s PAX East was such a good time: Awesome people, awesome food, it was just chill, and there was zero petty bullshit (I won’t go into details, but I’ll just say last year’s PAX East had it’s ups and downs). When I went last year, I was only a blogger on IGN and an amateur podcaster. This year I felt like I had so much more experience under my belt, and it was tuuuubular.

So, to everyone I met and was able to hang out with, thank you for such an amazing time!