If you want the three word recap, here it is: I’m now broke.

But if you’re curious about some of the other shenanigans I partook in, then continue reading!

I walked the excruciatingly long three blocks from my apartment to the convention center Friday around 5:00. Since I had already purchased my ticket online, I figured it would be easy as Portal cake to get my arse into the show floor. Well…*sigh*. I don’t like starting this post on a negative note, but I’d rather get it over with. The ticket management system ECCC has in place is pretty horrendous — and I hate saying that — but just because you have your printed tickets doesn’t mean you’re granted access to the show floor right away. You have to then go to a kiosk, register your name, turn in your ticket and then receive your actual badge. (Y’know, the one you proudly wear displayed around your neck all weekend.) In turn, this not only caused a bottleneck, but a ridiculously long line that formed from the Kiosk, downstairs, through the lobby doors, outside, around a block and then into the street. I’m not exaggerating.

Because of this, people had been waiting in line for hours just to get in. This especially sucked for people who only  bought Friday passes and expected to pop in for a few hours after work (the convention closed at 8 pm) only to find out they had to wait an hour or two in line. Needless to say, there were a LOT of unhappy people complaining and demanding to speak to someone in charge. And after seeing the line (and the frustrated people) it became apparent that I wasn’t going to be going anywhere anytime fast, so I said “screw it” and went to GameWorks for a drink. But fortunately a good friend of mine had some Friday passes that weren’t being used, so I was able to slip one of those around my neck and skip the line.

Once I got in, though, happiness ensued! 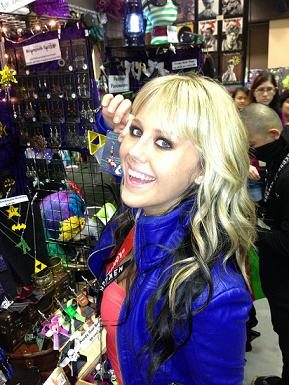 I picked up three pairs of earings and a Triforce necklace from Geekstar Costuming that I’m SUPER happy with. 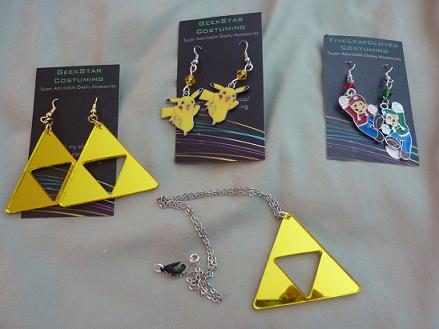 And of course I had to drop money on some AMAZING prints, courtesy of Mathew Grigsby. The Morrigan and Kaidan prints I wanna say are 12×18, and the Fenris print is itty-bitty and so cute. <3. 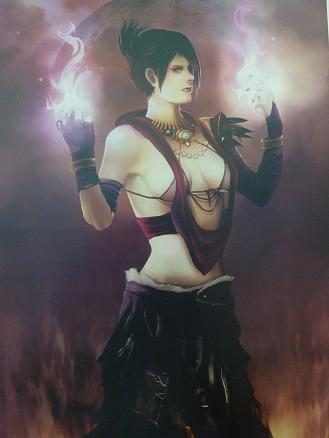 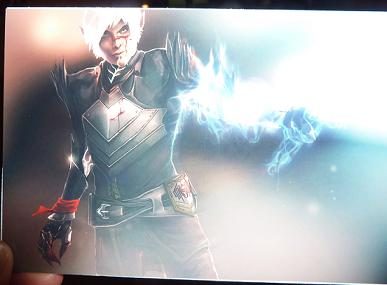 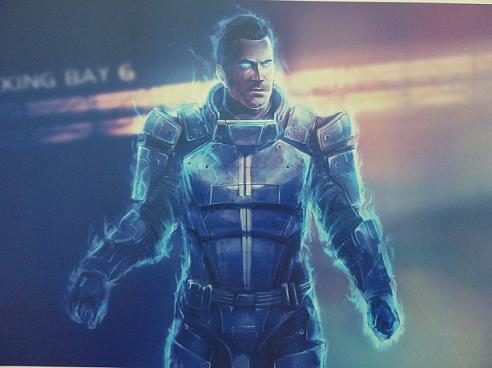 Speaking of, erm, Mass Effect, I was true to my word and snapped a photo with Jennifer Hale! And if you haven’t heard, I said something very deep and very touching to her. Seriously guys, we bonded on such an extreme level. I said to Miss Hale:

“I’m jealous of all of those romance scenes you did with Kaidan.” 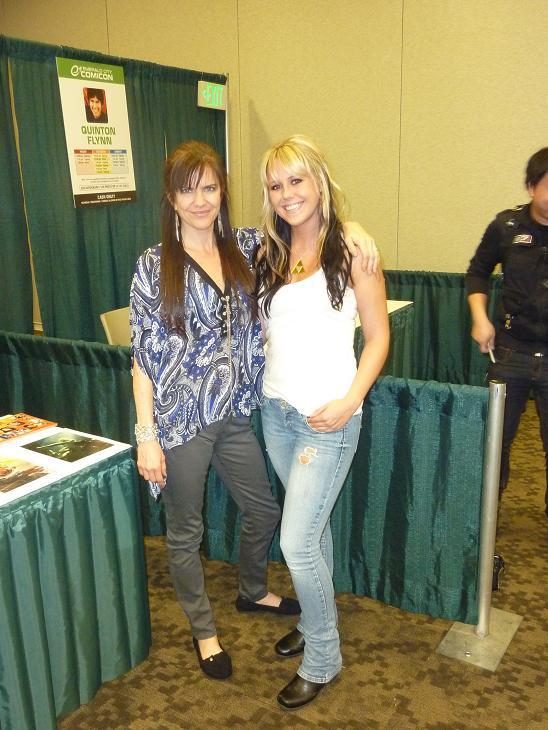 BUT LOOK AT THAT GOOFY ASS SMILE. Do you think I was thinking clearly?! I wasn’t. All I knew was that this woman in front of me was kickass, and that she had performed romance scenes with Kaidan and I hadn’t. Instead of hating, I appreciated, nah’ming? I think I also mumbled something about the other photo we have together, and how I was hungover…and…yeah. I’ll say it again…/FACEPALM

There were other celebrities I really wanted to see, namely the actors that portray Michonne and Merle on The Walking Dead, but I had missed their photo op Friday and Saturday and the only time I could stop by to see them was Sunday. But once Sunday morning rolled around I could NOT drag my ass out of bed. I don’t think I had mentioned it before, but I had just flown in from a five-day trip to San Diego Thursday morning and all of my energy had been depleted. It’s okay though, I’m not too upset about it. ;)

To show off the rest of my loot I plan on making a video (!!!) but before I wrap this post up I have to show you my most prized possession: 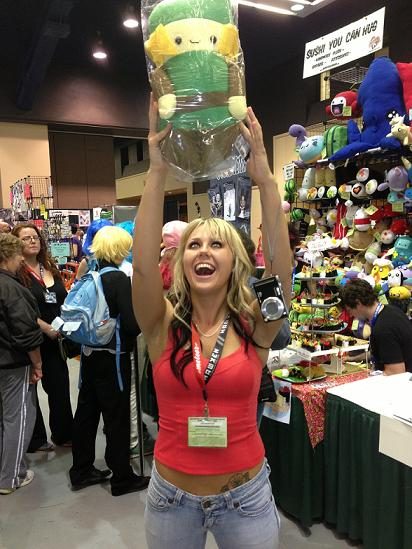 Yeah, it’s pretty amazing. I hauled that Link around aaaaaaall day like he was my baby.

Besides the line SNAFU, this was a very fun (and expensive!) ECCC. I’m sad I wasn’t able to meet up with everyone who attended, but we better make sure we set aside time to do that next year! (And if you live in Seattle let’s meet up regardless!)