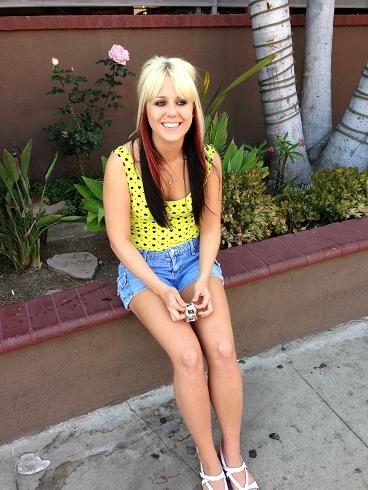 Oh, what’s that? You say for someone about to LARP around Universal Studios I don’t look very happy? I look worried, in fact? Oh. THAT’S BECAUSE I LEFT MY PHONE IN A CAB. A CAB OF WHICH I HAD NO WAY TO CONTACT. Man — my start to E3 wasn’t exactly smooth sailing. You see, after riding in a cab for about 30 minutes I finally arrived to the hotel. Fantastic. I thought, “NOW LET’S GO TO UNIVERSAL STUDIOS, JUST LET ME GRAB MY PHONE OH CRAP I CAN’T FIND IT, MAYBE IT FELL BEHIND THE BED LET’S CALL IT. OH. A MAN JUST ANSWERED.”

“I just found this phone in the back of my car,” said Mister Cab Driver. “I’ll be there soon, but you’ll have to pay me for the trip back to your hotel.”

I felt relief, but I was also tits-worried. In the heat of the moment I didn’t get his name, his cab number, hell, I didn’t even get a phone number or the company he worked for. So when two hours went by without hide nor hair of Mister Cab Driver and my phone had been oddly shut off  — meaning I couldn’t even call it to get a hold of him — I began to fear the worst. For one my phone isn’t locked in any way, and two, all access to my social media channels (including this blog) are on it. You don’t even want to know what sort of evil shenanigans Mister Cab Driver was doing in my head.

So, I continued to wait. 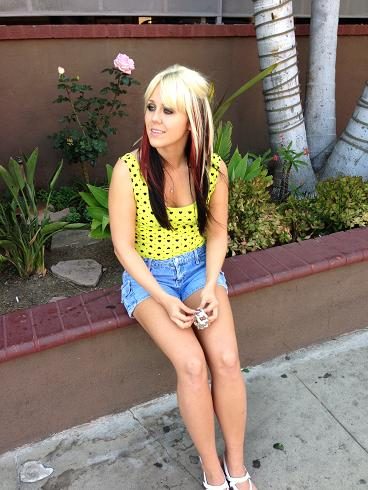 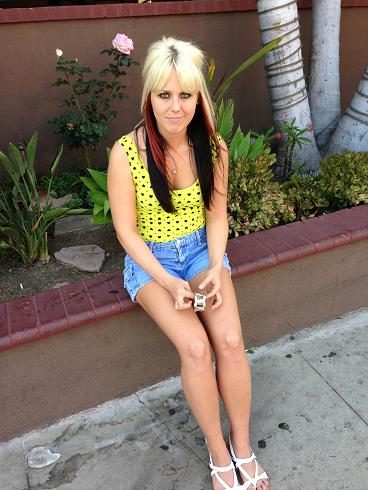 Finally about two and a half hours later Homeboy called and told me he would be at my hotel in 15 minutes. This time he called me from a company phone, seemed sincere and gave me his cab number. And true to his word he showed up about 20 minutes later. Guys, I can’t describe the relief I felt. It’s not that I’m really addicted to my phone or anything like that, but to lose one’s cell phone right before E3 — the medium that connects you to everyone and everything (including your schedule) — would be nothing short of a nightmare.

Nonetheless I still wanted to go to Universal Studios, so I hopped in his car and off we went. When we finally arrived about 15 minutes later I, um, forgot I still owed him for driving back to the hotel to drop off my mobile device and sorta-kinda internally freaked out when the cab fare came to $85. ACK. But I knew I had to pay the honest citizen so I handed over my card.

A few moments later: “Ma’am, your card was denied.”

THANK YOU BANK OF AMERICA FOR FLAGGING FRAUDULENT ACTIVITY ON MY CARD. THANK YOU FOR THAT. BECAUSE DURING A CLUSTERFUCK OF HUMANS AND LITTLE SPAWN RUNNING AROUND A THEME PARK THERE’S NOTHING MORE ENJOYABLE THAN CALLING YOUR ASSES AND CONVINCING YOU I’M NOT TRYING TO FRADULATE MYSELF. (That sounds dirty.)

Sigh. But in the end everything turned out great. I rode everything, saw what I wanted to see and ate, um, Johnny Rockets and had a terrible Long Island (it did the trick, though!) And despite the rough start to my trip, things  just got better and better.  LET ME SHOW YOU PICTURES OF MY WEEKEND.

Now E3 is about to go down in just a few hours (my first appointment is at 1 — HELLO WITCHER 3!) and I can’t believe all of these shenanigans went down two days ago. This trip is FLYING! HNNNGHHHH.

I must go. My people need me. /leaps off building /into a soft foam pit /made of Alistair love