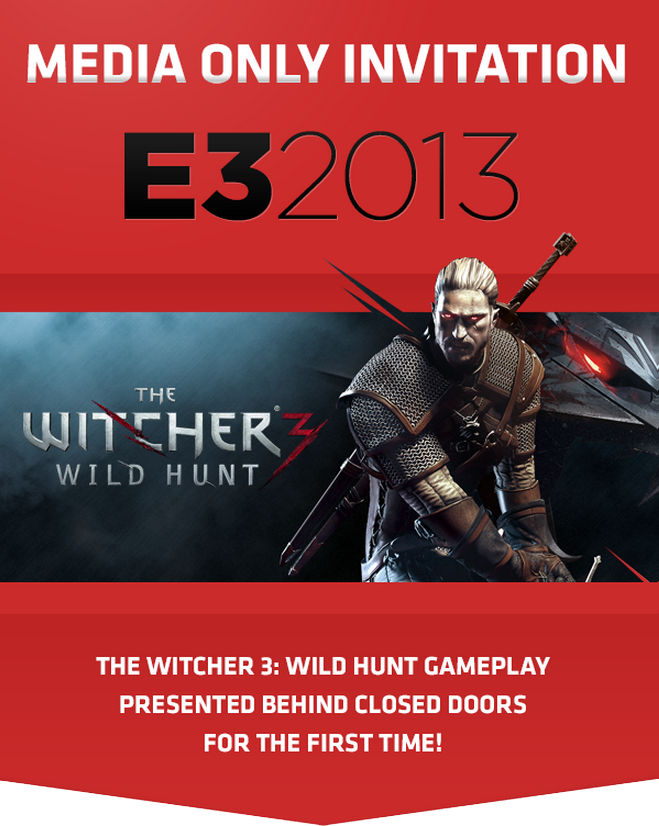 The first day of E3 started out pretty much the best ever BECAUSE MY FIRST APPOINTMENT WAS WITH THE WITCHER 3. (Check out my impressions if you haven’t yet!)

After seeing The Witcher 3 and Geralt’s sexiness, I headed off to SOE’s booth where I dinked around with Planetside 2 (which I really enjoyed, even though that’s usually not my thang) and played DCUO on the PS3. Nothing super exciting, but I had been meaning to check out DCUO for a while! I think I’ll wait until it comes on the PS4 before deciding whether I want to purchase it — I have, erm, too many other games of the MMO variety on my radar. (I’M LOOKING AT YOU ELDER SCROLLS ONLINE AND FFXIV: A REALM REBORN.)

Also, I held a PS4 controller. I liked it. We became friends.

Next up was an appointment with EA. I saw some extended footage of PvZ: Garden Warfare, a live-demo of Titanfall and I spent several minutes gawking at the Dragon Age: Inquisition trailer that kept playing on their big ‘ol booming projector screen.

GamesRadar.com was hosting a party later that evening, and seeing as I still had several writeups to do, I called it a day about an hour before the show floor closed to give myself ample time to post articles, get ready and get in line early. If there’s anything I’ve learned about E3 parties — especially ones at The Conga Room — it’s that you need to get your ass in line at least an hour beforehand otherwise you’ll be standing outside, sad-panda like until the bounces decide to let you in.

Thankfully, my plan went down without a hitch — I was able to post a few articles, change my clothes, paint my face AND get into the party during the first wave of people-letting-in-ness. GOD I LOVE IT WHEN THINGS GO SMOOTHLY.

God, guys, they also had this photo booth with ridiculous props.

I think I looked rather dashing, myself. 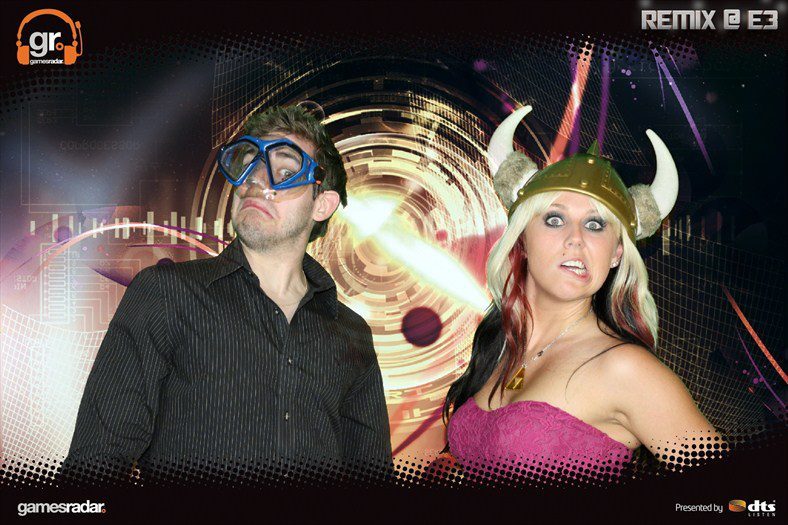 And now, I must move onto one of my highlights of the entire day/week/month/year. Everyone, meet Cameron. 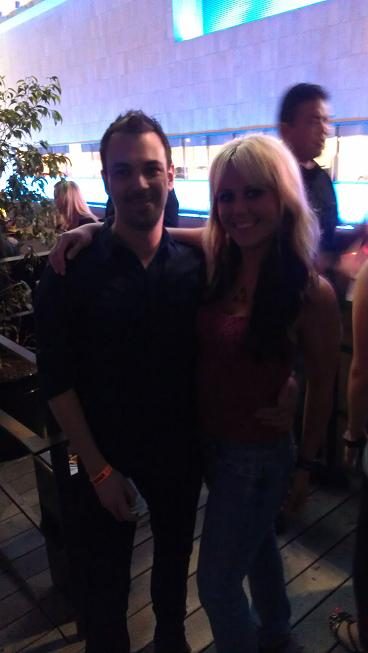 Cameron works at BioWare and is currently a producer on Dragon Age III. Somehow we became aware of each other’s presence on Twitter and followed the SHIT out of each other. Over the past several months, we’ve talked back and forth — typically he laughs at my Dragon Age obsession tweets (WHICH GOT ME MENTIONED BY DRAGON AGE THANK YOU VERY MUCH). Anyway, he happened to be at the GamesRadar party, spotted me and we ultimately talked about Dragon Age/BioWare/all things awesome for quite a while. After speaking with Cameron — let me just say he was a good employee and didn’t dish any dirt — and hearing about his enthusiasm for the project I can say without a doubt my excite level for DAIII has officially gone through the roof. At the end of the day he’s an uber-passionate fan of all things Dragon Age, and that’s the type of man/woman folk we need working on the project.

A few hours later I was already dreading my early morning and inevitable headache, so I headed back to my room and called it a night!