I’m not quite sure how this happened, but I’m, uh, close to finishing Mass Effect 3 but my game log is sorta-kinda not updated. Actually, I know how this happened. My Xbox 360 died and therefore so did all of my motivation to keep this log updated ::SNIFF:: But I have a slight recollection of specific events:

First and foremost, Kaidan and I haven’t boinked.

Thessia was utterly pwnd by the Reapers and their army of assholes. The Asari revealed that they might have had something that could aid in the construction of the Catalyst. Turns out there was a Prothean Beacon in their temple, which explains how the Asari were so far advanced – they had been studying it on the DL for thousands of years! Buttheads. The Beacon revealed a Prothean VI, Vendetta. Vendetta told me before the Reapers “cleanse” the universe every X amount of years, the species before it only gets so far with the Catalyst before being wiped out. So, basically the construction of the Catalyst advances with each cycle. Depressing. But before Vendetta could tell me anything else that asshat Kai Leng showed up and kicked my bootay. Douchenozzle. I also got a few more deets re: the Illusive Man and his goal of controlling the Reapers instead of destroying them.

Next up was Priority: Horizon, and on it was my next goal: to see WTF is going on at Sanctuary. Unfortunately Sanctuary ended up like, not being a sanctuary but instead a death trap where tests were being conducted on humans to ultimately see if Reaper control could be possible. Lovely, right? Anyway, Miranda had been searching for his sister Oriana, who was last seen on Sanctuary and she was pretty convinced her father was involved in some nasty shenanigans. 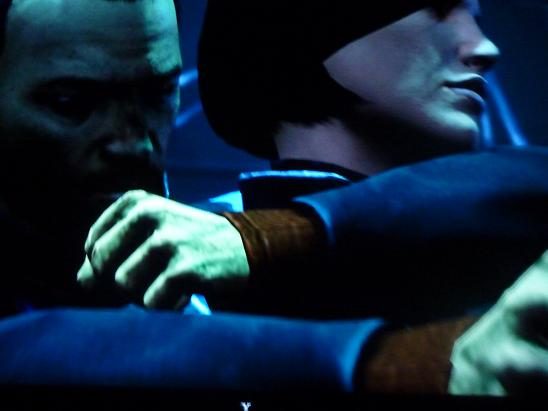 Sure as hell, her hunch was right and Miranda’s dad was running the shit show. When I eventually ran into him he was holding Oriana hostage and Miranda was wounded. I was able to pass a reputation check and get him to release Oriana aaaaand then Miranda shot and killed him. YOU GO GUUUUUURL. I was then told that we were able to track the Illusive Man to his base. BOOM.

This was right around the time my Xbox 360 started acting wonky – it all started with the known bug in Sanctuary: there’s a room with a banshee trapped behind some glass, and in this same room is a door you need to proceed through. Unfortunately the door, um, hurt me when I tried to walk through it. As in I couldn’t walk through. At all. So I had to start the mission over again, but the game ended up freezing and I had to force shut ‘er down (which I’m wondering if that was what caused the 360 to tweak?). HERE. A refresher: 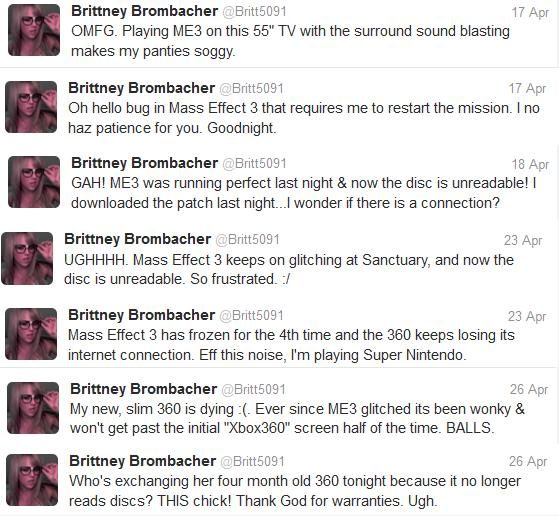 At that point I was still able to get the Xbox up and running every four or five tries, and I was able to proceed far enough to witness the following before it went totally tits-up:

I finally spoke with Hackett and he pretty much told me, “Yo, bitch. Get your shit together so we can finally defeat this game.” 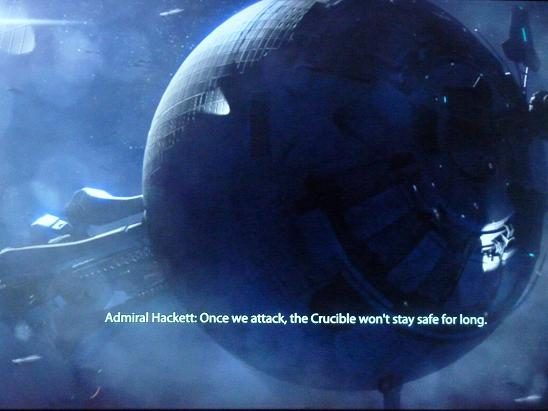 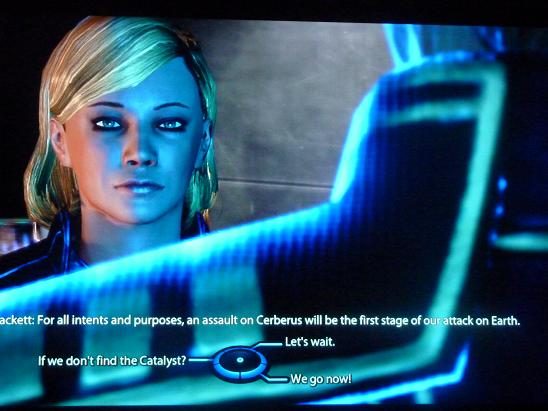