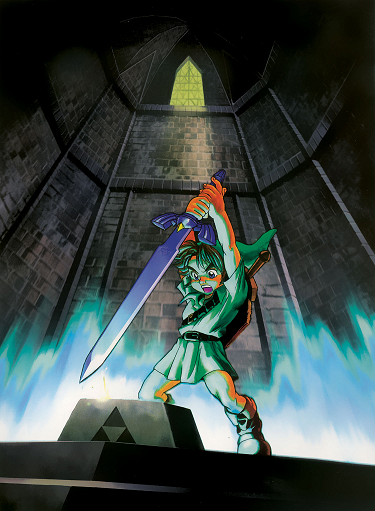 So, uh, this is a thing that happened.

Eugene Thompson and his girlfriend, both hailing from the same house in Texas, got into what appears to be nothing more than a verbal argument Saturday night. And instead of doing the mature thing and cooling off, the girlfriend (name unknown, we’ll just call her Dumbass McGee) called her estranged husband because that’s always a good idea. The estranged husband eventually showed up at Thompson’s home, and Dumbass McGee let him inside.

“It’s late, I get up and look and he is here, and I am like go away, you don’t live here anymore,” said Thompson. “I heard him heading to the bedroom where I was, so I jumped in the closet and I grabbed one of my replica swords, and I pulled it out and stood at the doorway, and he was coming down the hallway at me while I was yelling, ‘Go away, you don’t live here’ and he just walked right into the point of the sword, I don’t know if he thought it was a toy.”

(Just to clarify, folks, the replica in question is the Master Sword. Carry on.)

A scuffle ensued, during which the estranged husband was stabbed in the chest and leg. He’s now hospitalized in serious condition. Thompson had, erm, a flower pot smashed over his head. He just needed a few stitches. Dumbass McGee was left unscathed.

Suddenly I appreciate my life more than I did 15 minutes ago.