First of all, fuck the Ice Palace AND FUCK THIS ROOM BELOW: 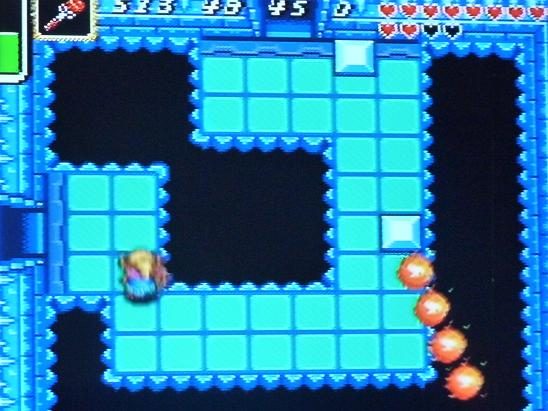 I hate this place so hard and with so much fiery passion that it’s not even funny. ::takes a deep breath:: But alas I was able to muster through the slippery clusterfuck and make it to the boss, Kholdstare. But first check out Link’s new digs. 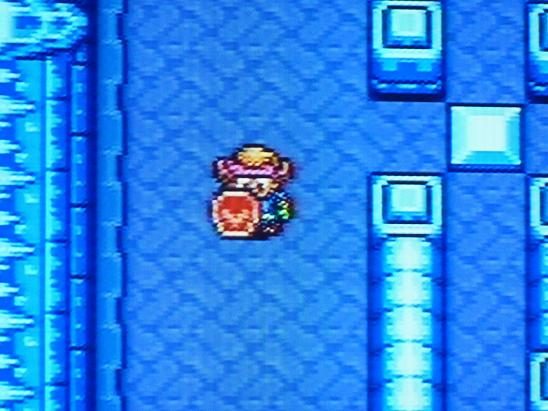 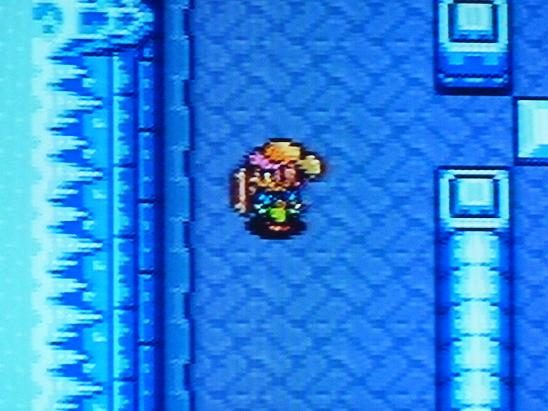 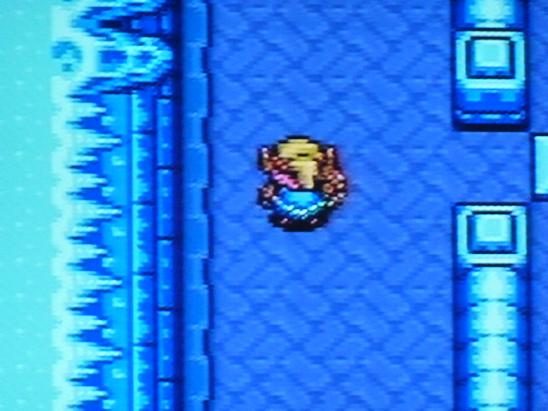 Lookin good in your Blue Mail, brah, but you only wish you could rock clothing items like I do: 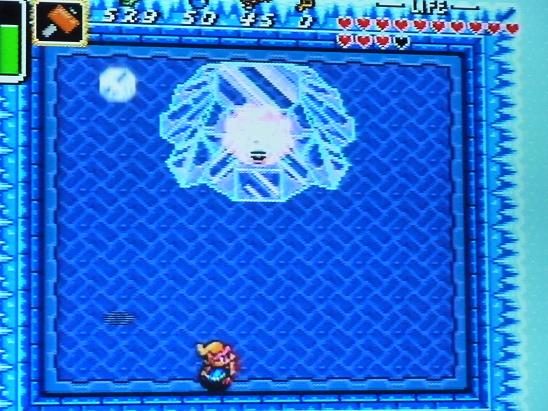 So, yeah, I made it to the boss, and clearly the first step of action was to melt the ice block encompassing him. Unfortunately, I, uh, was standing too far away when I was attempting to thaw him with my Fire Rod and its effects were inert. This sucked super hard because I didn’t have any more of this thing called MAGIC and therefore I was unable to use my Fire Rod, and therefore I was unable to thaw aforementioned Ice Beast. The only way to leave the boss fight was to utilize the Mirror of the Magic variety, so I Magic Mirror’d myself and probably went overboard with the amount of green potion I purchased but heeeey THIS CHICK WAS GOING TO BE READY NEXT TIME KHOLDSTARE AND I MET.

Oh, I also found the Magic Cape in the cemetery. 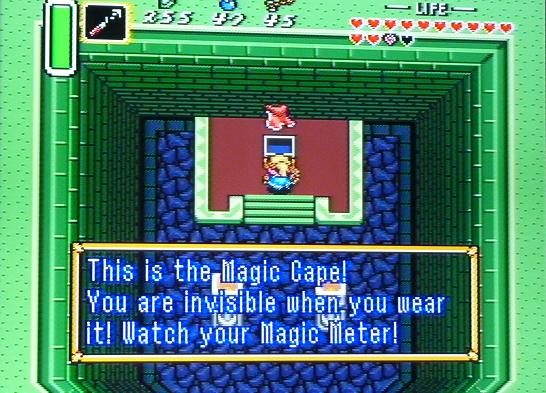 Kholdstare and I met soon afterwards and I nuked his ass so hard. YEAH. That’s what happens when you MESS WITH MAGIC BIATCH! And, per the norm, a maiden appeared and spewed her bullshit all over Link’s face.

“They say the Hylia people controlled mysterious powers, as did the seven wise men. But the blood of the Hylia has become thin over time. We who carry the blood of the seven wise men do not possess strong power any more, either. Our powers will increase if we mix the courage of the Knights with the wisdom of the wise men. Only a short time remains until the gate at the castle linking the worlds opens completely. If you defeat Ganon, this world will vanish and the Triforce will wait for a new holder. I believe in you…Good luck!”

“Our powers will increase if we mix the courage of the Knights with the wisdom of the wise men.”

Was Link just propositioned for the act of sexual intercourse?