Wowowweewa. I just wrapped up inFamous last night, and again, HOLY EFFIN’ BALLS. Umm, I really want to dive into the ending, but I’ll work my way there.

I met John—or more like he met me—with a badass helicopter/electric panel hybrid. Can I just say how much I loved those kind of missions? Limitless energy, just throwing shock grenades at bitches…yeaaaah! Anyway, while I was destroying the three invisible jammers, my good ol’ buddy Zeke called. He pleaded for Cole to answer him…and he did. 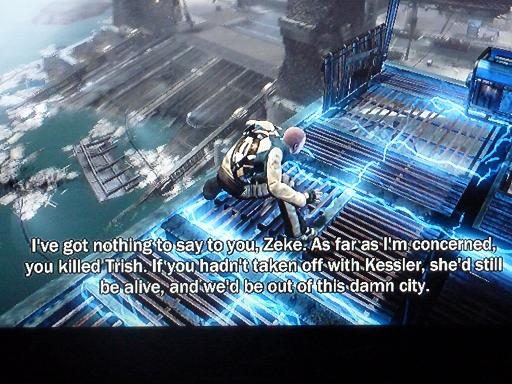 I was yelling, “YEAH COLE!” I was also by myself. It was a little awkward.

I eventually did the deed (not THAT deed) and blew up some big ol’ guns. At one point, John said that he had ALMOST stopped Cole from opening the package containing the Ray Sphere, but Cole ran a red light and John lost him. HA. Haaa…ugh.

Finally, I came face to face with the Ray Sphere. 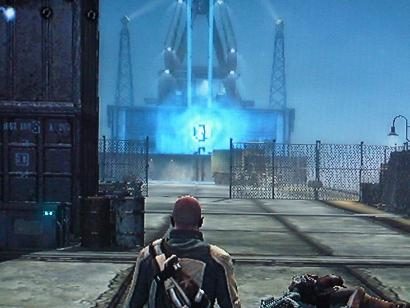 John was there too, and at that moment I felt like I could really trust him. He said that he had held the sphere before, and the feeling it had gave him “wasn’t right”. He truly was all for destroying it…so I did. 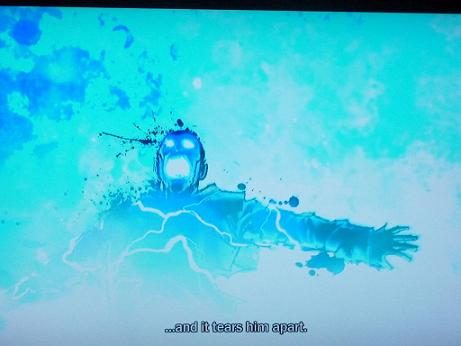 WHHHHYYY?? UGH. My jaw dropped. Guys, I really liked John; I felt like he was the only person I could trust. So by the law of Britt that means he has to die. I wonder what would have happened if I had used the Ray Sphere to make Cole more studly…meh, I imagine John would have croaked anyway. (Note to self: YouTube that later!)

With that, uh, rather unfortunate incident out of the way, it was time to meet Kessler.  Many of you had warned me that the fight would be uber difficult and frustrating, so I had prepared myself for hair pulling and controller tossing. 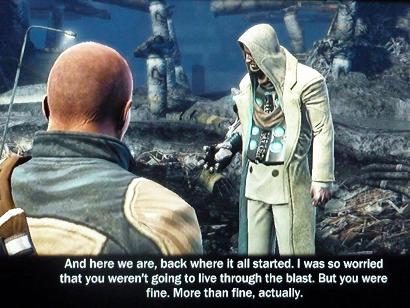 Zeke showed up about halfway through and tried to help Cole. D’awwww. <3. Maybe it was because I was still butt-hurt over John, but he definitely earned a few cool points for risking his fat ass. Anyway, the battle with Kessler was fun. I think I died once or twice—which were the direct results of trying to snap photos for this log DURING the fight. Yeah. That didn’t turn out so well.

Ultimately, I killed him. Killed him dead.

OKAY NOW CAN I GET TO THE PART WHERE MY MIND WAS BLOWN INTO A MILLION PIECES?! 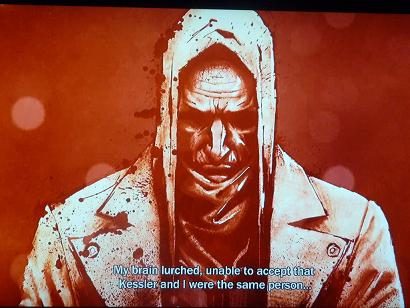 I NEVER in a million years saw this twist coming. Kessler is an old, wrinkly and ugly version of Cole who hails from the future. LIKE, THEY ARE THE SAME PERSON. Well done, Sucker Punch, well done. My hands were entangled in my hair as I watched the ending for the first time. Did anyone predict this was going to happen? If so, you must be a God.

Again, I was blown away by the ending. In his time, instead of using his powers Kessler fled with his family—which included his wife Trish (it looked like there might have been children). But things quickly escalated and by that time, it was too late to save anyone. So, using his power, he went back in time. He spent decades planning the detonation of the Ray Sphere, the quarantine, etc. His ultimate goal was to mold Cole into the savior Kessler couldn’t be—by any means necessary (see: Trish falling from a billion feet up onto concrete). And y’know what? I guess he succeeded.

So now the big question:

Who was the nemesis in Kessler’s time? I imagine this is where inFamous 2 would pick up. But we’ll see.
Other questions:

PLEASE don’t answer any of these, as I plan to dive into the sequel immediately. But I thought you’d like to know my ponderings.

My verdict? inFamous was electrifying! HURRRR. But for serious, I have never played a game like this before. At times, it felt a little slow and I gave up on doing the side quests because of it (I think I only had three or four to go) but the twist at the end totally made up for it. At the end of the day, everything tied up into a nice lil’ package with a pretty pink bow. 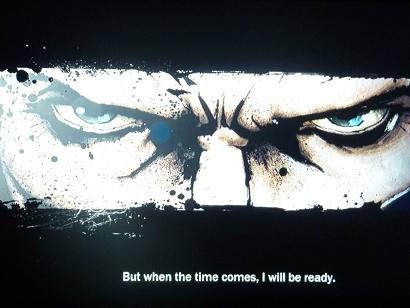